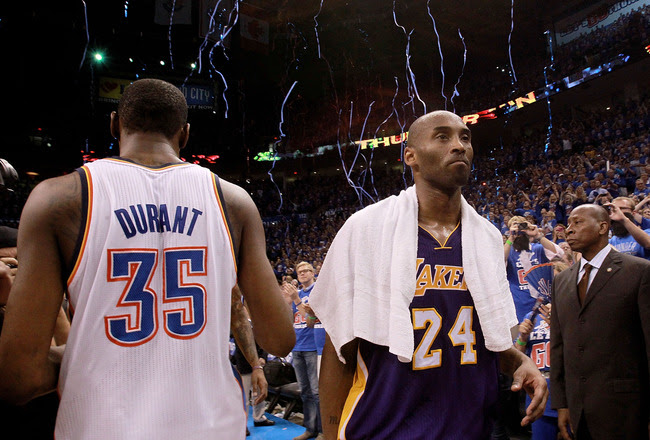 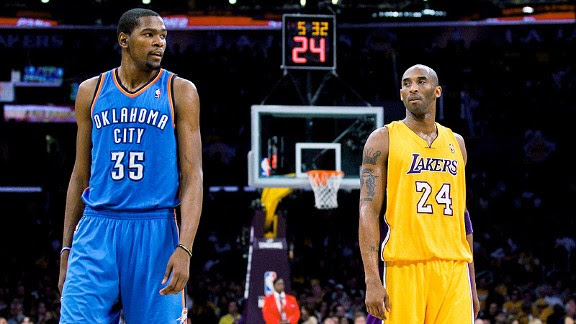 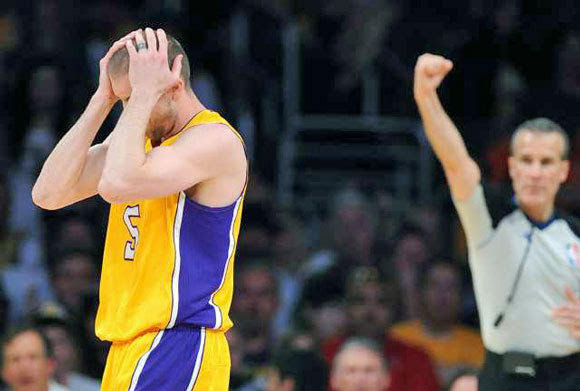 Steve Blake, seen here getting T'd up for excessive sadness. 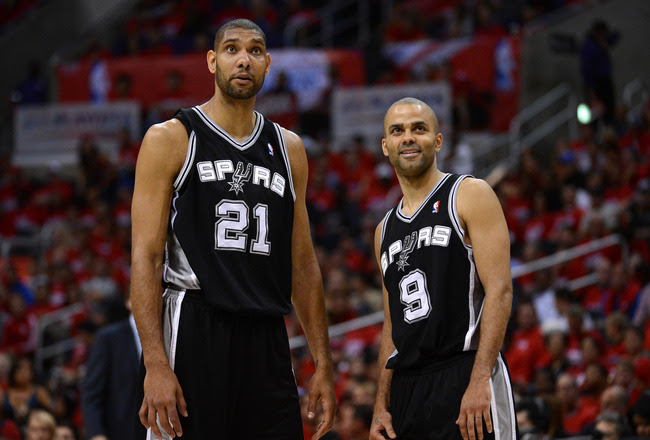 The look Chris Paul has upon realizing, yes, his team owner is the one and only Donald Sterling.

So yeah, the Clippers AND Lakers are finished, with only one 2nd round game win (from the Lakeshow) between the two squads.  Who knew coming into this spring that...the ONLY sport being played past mid-May in downtown Los Angeles would be...Los Angeles Kings ice hockey?!

The speculation over Pau Gasol's future - hey, wasn't that a linchpin of the initial CP3 trade talks - begins anew.  The final day of Laker basketball in Year One of the Mike Brown Era involved the newly christened "Indiana Ron" encountering the Temple of the Reputation Call, one even getting Mamba T'd up...and one Russell Westbrook fluke that will be remembered by Zombie Sonics fans for decades to come.

The Clippers?  After blowing a 24-point lead in Game 3, they got edged out (again at home) in the series-closer...so, with the recently pinkslipped Stan Van Gundy available, who knows how long the Notorious VDN will be cruising down the hallways of Staples Center.


Sure, turnovers being handed out by Philly faster than a Pepperidge Farm outlet, that was the big story of Boston's comeback...that and the surprising emergence of Brandon Bass, what with 27 points to lead the C's to the series lead.

But the Sixers still had the scoreboard advantage, 57-53, midway through the 3rd.  That's when The Truth laid out a clear path armbar foul on a breaking Andre Iguodala.

Two bricks later, the momentum turned in favor of the Celtics for good.  Was that really the pivotal moment in Game 5?

Why don't we ask Iguodala himself, after his eight point, 3-of-10 from the floor performance -

“It seemed to be the turning point for us,” Iguodala said of missing the two clear-path foul shots. “That’s the way the game goes sometimes. "

LACKTION REPORT
Lakers-Thunder: Josh McRoberts jacked up a final brick this season in 98 seconds for a +1, while Andrew Goudelock, Darius Morris (despite an assist) and Troy Murphy had 58 seconds of Smash Brothers action as MARIO TRIPLETS!

For Oklahoma City, Daequan Cook heated up one piece of nougat-covered masonry in 315 seconds for a celebratory +1, while Lazar Hayward went all in against Jerry Buss with pocket aces and came away 1.6 trilion (97 seconds) richer.

kazam92 said...
Hope Pau gets traded to somewhere he can be a semi focal point and not spotting up in the corner for 3s. I still loathe the way Kobe approaches the game at his age and relative inefficency
5/22/2012 11:57 AM

Naz said...
Kazam I completely agree with you


I remember I said a month ago or so on this site that I realized something the other day, I don't hate the Lakers, I hate Kobe Bryant.


There are some talented players on the Lakers and people like Pau Gasol should have the ability to lead a team and actually be a focal point of the offense but every Laker is just choked by Kobe's deathgrip on the team.

Barry said...
If they are going to trade Bynum (who knows) they'll probably sucker someone into giving up way too much.

Then again it would be interesting to see Bynum getting more responsibility and seeing what he does with a team that isn't Kobe's.
5/23/2012 4:36 AM

Simmons had it right in his book. Some guys just don't "get it." Had Bryant spent his career in another market, he'd be a taller AI, with a comparable legacy.

And it looks like we over-credited Bosh. Wade plays like total butt one game, his teammates say he's hurt, and we all think that Miami is playing with 1.25 of the big 2.5. Wade comes back the next game and we realize that it is still 1.95 of the big 2.5, and no way in hell can Indy beat them. So much for the misplaced Bosh accolades. We're still talking two and a half men here, and they only need two for this round of the playoffs.
5/23/2012 9:30 AM

Czernobog said...
@Wormboy: Wrong. LeBron and Wade played out of their minds in both these games, it's not a level of excellence even they can sustain, certainly not against a better defensive team. Barring Bosh's return or more medical woes for the Celtics I don't see them making the finals.

Anonymous said...
yes, its obv kobes fault that no one else is trying on that team.