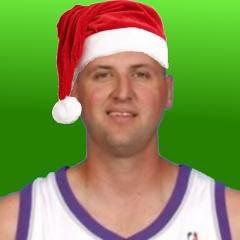 Welcome to the start of the NBA season! (About damn time, grumble grumble).

But more importantly, Merry freaking Christmas fellow Bawfulites: GREG OSTERTAG COMEBACK!!! He and Ricky Davis have both signed D-League contracts and after clearing waivers Tuesday afternoon will be picked up by teams. If the prospect of seeing professional basketball once again played by these guys -- a ridiculous 38 year old white stiff with a Fred Flintstone tattoo, and the guy who shot at his own basket trying to fradulently get a triple double -- doesn't give you goosebumps, what the hell are you doing reading this blog?

Also, to continue my Christmas tradition for this post, knock an hour and a half out of your schedule once you're done here and go watch Mystery Science Theater 3000's Santa Claus episode. Try not to sing along to Santa Klaws' epic The Warrior of Christmas song. I dare you.


"It's a thoughtful, well-shot documentary about the Crimean war." "It's a stupid Mexican kids movie!!"
Worst of the Lockout in Pictures: 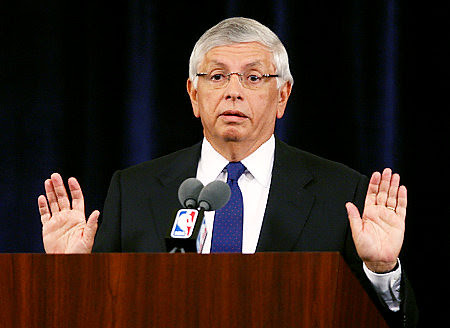 
Celtics at Knicks, TNT, 12:00pm: Well, Paul Pierce is listed as "doubtful" for this game. By comparison, the rest of the team (except for Rajon Rondo) is just listed as "old."

Heat at Mavericks, ABC, 2:30pm: Bawful and I are both severely dismayed to see Shane Battier sign with the Heat. My memory is a little fuzzy, but we may have just exchanged text messages saying "NOOOOOO" for twenty minutes when we learned the news. However, he is a game-time decision for this Finals rematch. A certainty, however? Eddy Curry is ruled out. I'm pretty sure he was ruled out of this game five or six years in advance even though he didn't play for the Heat at the time. (Well, wait a second. That was poor wording. He doesn't even play for the Heat now. He's just on their roster filling up space. Lots and lots of it.)

Bulls at Lakers, ABC, 5:00pm: Everyone's all up in arms about Kobe's wrist injury. But come on, what about the real story? MATT BARNES is pissed, you guys!

Magic at Thunder, ESPN, 8:00pm: Stan Van Gundy is already having to lash out in press conferences in preseason games at reporters questioning if Dwight Howard is quitting on his team since they did not follow through with his trade request. How long until his head explodes Scanners style? Meanwhile, the Thunder may be the team to beat in the Western Conference. No joke here. Just a statement.

Czernobog said...
I'm OK with Battier going to the Heat. He doesn't make them that much better, and his contract is one more stumbling block in their way of getting a decent frontcourt.
12/23/2011 6:02 PM

Hajt said...
Had to wade through the ESPN's hot air predictions this year. Bunch of bullshit. Anyway, I found last years predictions, which are pretty amusing: http://espn.go.com/nba/preview2010/

Highlights: West and NBA Champions, Lakers sweep and not a single mention of the Mavs, and no mention of Derrick Rose for MVP.
12/23/2011 6:54 PM

Silvio said...
It could be so much more bawful. Out of top of my head:

Eddy "Manatee" Curry injured. Not-comeback of the year delayed.
Metabolic Piece in Lakers 2nd unit since CP3 arrival. Wait, CP3 didn't arrive to Lakers. Anyway, fatty being backup to Ebanks ( WTF ? ) takes away some precious minutes of bawfuliness.
Bonzi Wells cut by Wolves. Too bad, but not even them are so stupid.
Antoine Walker wasn't even invited to any camp. He'll still play somewhere in Idaho. Or Guatemala. Or whatever.

You're damn right there's plenty of bawful coming our way this season. Everyone's going to be out of practice, out of shape, overworked and exhausted, etc. I watched two minutes of preseason ball (I don't have NBA TV, so I watched a horrifically low quality stream of a Bulls-Pacers game just to verify that, indeed, the NBA was back) and I saw some of the worst passing and ball-handling I could imagine. It was like the real life incarnation of our annual Null-Star game.
12/23/2011 9:42 PM

The Sports Hayes said...
Ostertag at center, Walker at forward and Davis at the other forward. Now just bring back Jon Barry and Chuckie Atkins and you have a D-League all star team.

LotharBot said...
At first I thought that said "bawfutility", a combination of bawful and futility. Like, keeping your knees intact in Portland is bawfutility.
12/24/2011 2:45 PM

Jonesy said...
oh its going to be so good to have the nba back!!! could this season be the most awful of all time??? condensed schedule, out of shape players,back to back to backs, surely a cornucopia of bawful is awaiting us this season!!!
12/24/2011 5:35 PM

Silvio said...
Unless you're Ricky Davis

Wormboy said...
@Czernobog: Dunno, Battier is one of those glue guys that champions need to win. He's a non-dirty Bowen with a better education. Haslem is also one to a lesser degree, but he wasn't healthy last year. I have to be afraid of Battier on a team that was already one of the best defenses in the league last year. I believe that true lock-down defense can win you a ring even without much offensive firepower. Witness the 04 Pistons. We Heat haters are in trouble, barring a key injury. And I never wish an injury on anybody, not even my most loathed villains. I'm looking at you, Kobe. I've refrained for years.
12/25/2011 9:21 AM

senormedia said...
Dan B. said...You defend your own basket. You shoot at the other team's basket.

I've just read through FIBA, NBA, NCAA, and a selection of HS rules and I don't find it defined that way. (Most of what I've read uses "wrong basket" which seems to be avoiding the question).

Do you have a source for that?

In over 40 years of playing I can't recall anyone using the usage that you suggest, but then I can't remember more than a handful of wrong basket attempts in any of those games, or sometimes what I had for breakfast.
12/25/2011 8:35 PM

Dan B. said...
senormedia -- Since I've never seen an actual rulebook for any basketball league in my life, I'll hae to take your word for it that apparently basketball defines it the opposite way of hockey, soccer, etc. But I do know that I've been alive 27 years and I've always heard it described the way I said.
12/25/2011 8:54 PM
Post a Comment
<< Home
Subscribe
RSS Feed
Mailing List