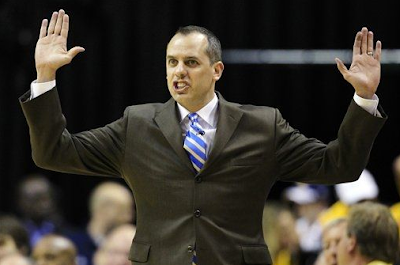 Coach Vogel, you're under arrest! 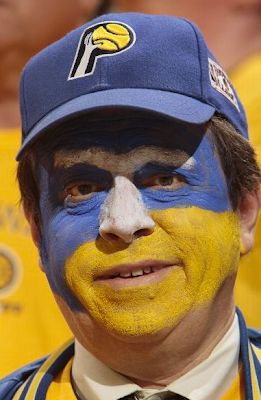 This is Brian.  He enjoys long walks on the beach and treating women with respect. 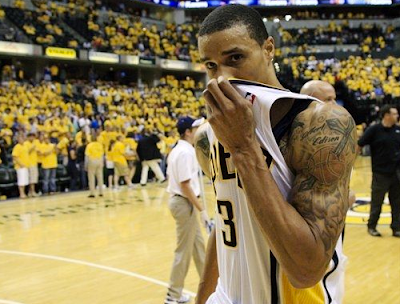 George Hill tries to escape the stench of the Pacers Game 6 performance. 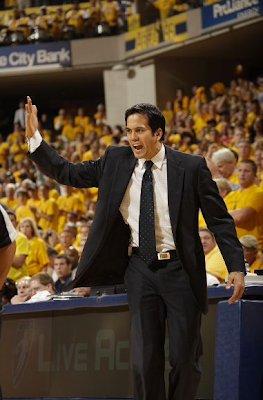 You botherin' me about a steak! 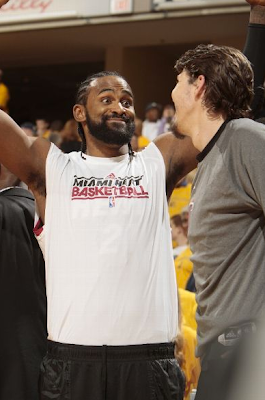 A face that even a mother would struggle to love.

Indiana Pacers: It was a great 12 minutes while it lasted.  And by lasted, I mean the Pacers having a 28-21 advantage at the end of the first quarter, the crowd going buck wild, and Larry Bird chuckling to himself, "these guys aren't soft at all"

And then the rest of the game happened.

Miami kicked it up a notch and overcame an 11 point deficit on their way to outscoring the Pacers every single quarter the rest of the way.

Wade had a whopping 41 points as Robin LeBron wasn't too far behind with 28 points himself.

As for Indy, it's not even like they shot poorly (48% from the floor), they still managed to outrebound the Heat, got more free throws, and everything else the home team should.....they just let the two players you should contain the most go off for crazy numbers, and 22 turnovers didn't exactly help their movement either.

"Chris Bosh is an awesome basketball player, but when he goes down, that just means more touches for LeBron and Wade," Coach Vogel said. "That's not exactly an advantage. More like addition by subtraction.  Can't wait for them to trade Bosh this summer.  FML"

So now, the Heat await the winner of the Philly/Boston series.  I'm hoping Boston wins just so the Heat actually get somewhat of a challenge in the ECF.

By the way, ABC's promo poster for the Heat looks great: 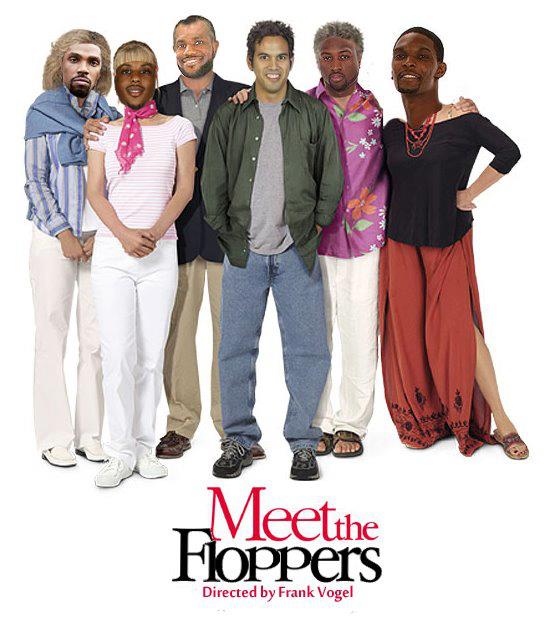 Good to see that Harry and Lloyd decided to make an appearance! 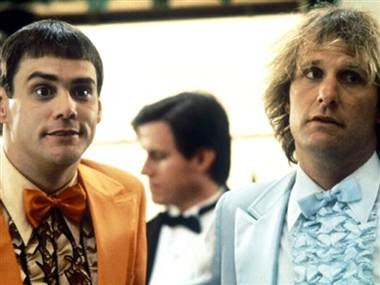 Can you imagine being roommates with this guy on the road? Yikes

Spurs vs Thunder, 8:30 PM ET:  Literally counting down the hours till tipoff.  But I'm probably just more excited to see if this Laker fan in the pic below will make a comeback:

And be prepared to see a plethora of Tim Duncan faces! 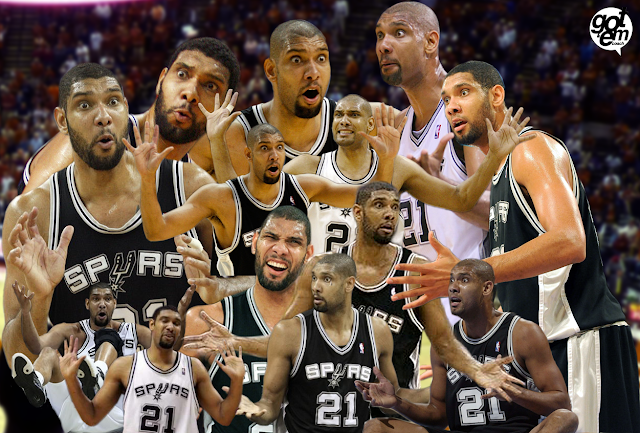 Hope you all have a great weekend.

Heat-Pacers: Ronny Turiaf toiled despite a board in 10:29, bricking once and fouling twice for a 2:1 Voskuhl.  Juwan Howard invested 211 seconds of lack to earn a celebratory 3.5 trillion paycheck.

Tom said...
Loved the Dumb and Dumber comparison. They could have at least switched sides to make the comparison a little harder to make.
5/25/2012 11:21 AM

Bill R. said...
Those Dumb and Dumber fans are great. I remember seeing them during the game last night, and this moment here is exactly the moment that the series and season really slipped away for Indiana. So sad.
5/25/2012 4:45 PM

Anonymous said...
I think you got confused by this man Wormboy:

chris said...
Crazy how Game 1 of the Western Conference Finals...was our first completely non-lacktive game of this season.

Did anyone see Durant's buttoned up shirt from the post game?

JJ said...
I thought for sure they'd have Thunder/Spurs on ABC, but then realized they're not interested in small market teams. Finally, a quality match up in this year's Playoffs and they don't show it while they showed basically every Lakers game. Thanks, ABC!

Wormboy said...
Dang, really screwed up the Isiah/Isaiah names! As Popeye would say:

Celtics not named Kevin Garnett looked gassed last night. Here's a prediction: if Jesus Shuttlesworth doesn't show up for a few games in this series, the Celts don't win.
5/29/2012 11:57 AM