Before we continue, I encourage all of you to like our Facebook Page.  We already have more likes than Stephen A Smith has friends!  Hey, it's a start. 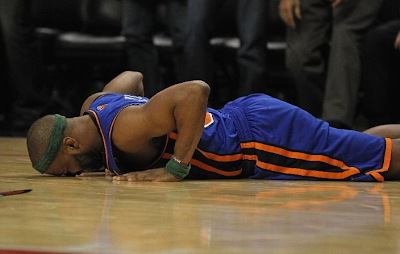 Well then, maybe we should have waited before telling Baron what the Knicks road record was 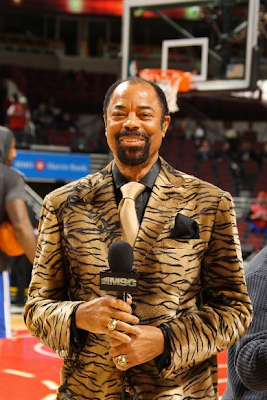 Wait, what the hell did he do to Simba? 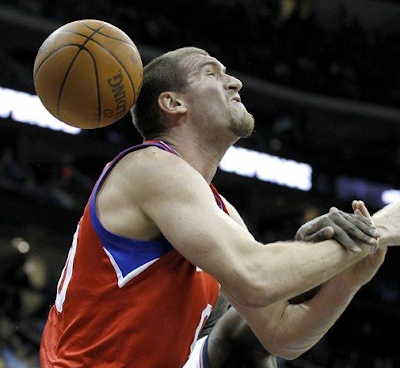 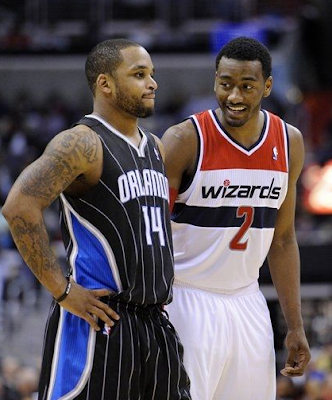 "Dude, you're letting us beat you? Come on, we'd struggle to beat college teams man!" 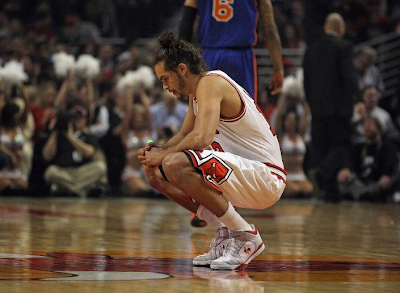 After taking a crap on the Knicks, Noah opted to take one on the floor 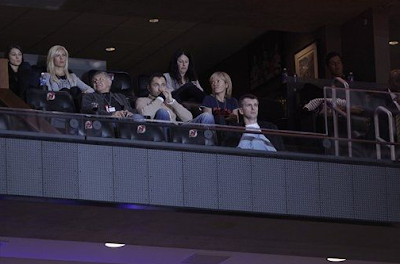 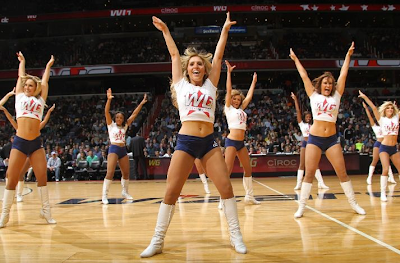 Sixers-Nyets: Sam Young rang up one foul in 139 seconds to give the Sixers a +1.

Meanwhile, New Jersey's Shelden Williams countered 2 steals and an assist as starting big man with a brick, three turnovers, and three fouls for a 6:0 Voskuhl in 17:58.
Purple Paupers-Mavs: Chuck Hayes logged into the ledger despite a board in 7:32, by bricking once, taking a rejection, and earning one foul and one turnover each for a 2:1 Voskuhl.

Dallas's Ian Mahinmi made 100% of his field goal attempts (one try exactly), and even gathered a board in 8:14, only to get a 4:3 Voskuhl via fouls.  And Dominique Jones upgraded to a Gamecube after 36 seconds of battling King Koopa for a celebratory Mario.

Knicks-Bulls: Josh Harrellson can now waste a treasure away like the Dolans after earning a 1.25 trillion (75 seconds).

Chicago's Mike James had 6 seconds to blow the dust off of an Excite Bite cartridge for a SUPER MARIO!

Silvio said...
Did you know that Paul Silas is so fed up with this crap that he's forcing his son to coach them?

Czernobog said...
I think McGee deserves a bit of a pass on that one. I don't see how Biedrins' "block" wasn't a foul, especially in today's NBA.

LotharBot said...
I think we need a new word of the day, for when a volume shooter puts up a terrible percentage. Usage:

Wormboy said...
No pressure in the regular season, so LeBron thrives. One of the most interesting story lines I anticipate in this year's playoffs is whether LeBron wilts like lettuce at clutch time.

The press will examine him under a microscope, so it could really ratchet up the pressure. Not fair, of course, since once shot clanked could lead to weeks of harsh, ego-crushing scrutiny. And, after all, a random bounce of the ball can lead to that. What really matters is in the Finals. Does Bron disappear in the fourth quarter like he did against the Mavs, or does he dominate like we all know he is capable of? I'm dying to find out. I actually find myself feeling a little sorry for the guy. A bit.
4/13/2012 9:42 AM