When Austin Rivers played point guard for Winter Park High School, I'd stare in awe at his YouTube highlights. I could spend an hour looking at him snap ankles, and finish shots in the lane. He resembled a combination of Allen Iverson, Chris Paul, and Jesus. Rivers lead Winter Park High School to back to back state championships his Junior and Senior seasons. Rivals.com had him listed as the number 1 overall player in the nation. I'd tell my friends and co-workers "This Rivers kid is legit...when he gets to the NBA he's gonna be a boy beast" Little did I know that upon graduating high school, Austin would be more boy than beast. 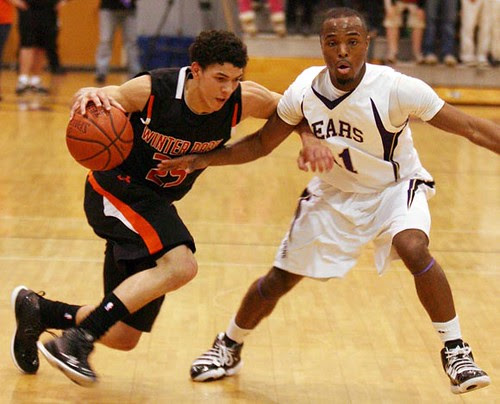 Look Closely. You can almost see the defender's ankle turning into dust.


Under Coach Mike Kryzyzewski at Duke, Austin would average 15.5 ppg. That sounds a lot better than it is. In reality he was extremely inconsistent. One game he'd have 4 points, the next game he'd have 20 points. He was good at getting to the line, but shot a dismal 65%. His assists were pretty much nonexistent averaging about 1 per every half each game. His days at Durham came to a close when he shot 5-14 from the floor in a opening round loss to Lehigh University during the NCAA Tournament. (Show of hands of those who knew such an institution even existed...No one?...m'kay) 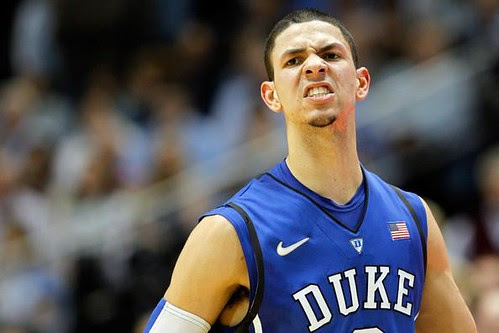 "Ssss...Yeeaahh...Coach K won't be happy with that last shot"


The New Orleans Hornets took him 10th overall in the draft to pair him with Kentucky freshman sensation Anthony Davis. Luckily for Austin, the spotlight hasn’t been shining very bright on him so far. Because Davis gets most of the media coverage, Rivers can quietly put up numbers that would have his own mother vomit with shame or "shame-puke" if you will. If you're a Hornets fan, or just partial to people who have first names that are also state capitals, then I implore you. Do not read this next section.


Prior to last night's performance, Rivers' shooting percentage resembled a really good bowling score. (.239) From now on, whenever he catches the ball and looks at the rim, the ref should just blow his whistle and give possession to the other team. It’s pretty bad when you can count on Deandre Jordan making a free throw more than you can count on Austin Rivers converting a semi contested layup. To his credit he shot 5-9 from the floor versus the Clippers. That skyrocketed his percentage up to .322. To start the season he was turning the ball over nearly as often as he was making assist. And right now his three point shooting appears to be mixture of prayer and dumb luck. 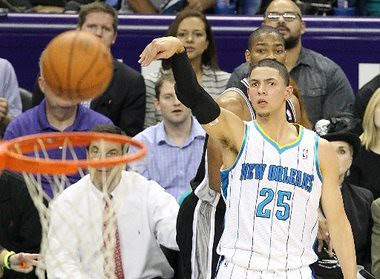 
Austin Rivers never quite mastered the college game. Yet he was drafted in the NBA and expected to excel against the best players in the world. He was doomed from the start. The sink or swim world of professional sports may just be too much for young Rivers. I won't call him a bust because we’re obviously just starting the season, but I can't help but be fascinated with his struggles. As his career continues we'll see whether he'll become a less tattooed Jamal Crawford or another Sebastian Telfair. 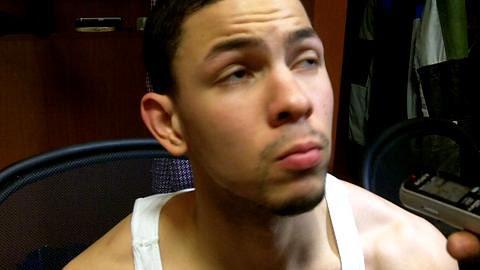 49er16 said...
The famous story about the Rivers was Doc treating Austin like the golden goose and watching as many Duke games as possible while rarely watching his oldest kid Jeremiah Rivers at Indiana. Quite the family they are.
11/27/2012 9:29 PM

Anonymous said...
My pre-draft analysis of Austin Rivers. I think I nailed it.
http://alldayeryday.blogspot.com/2012/04/2012-nba-draft-prospects-austin-rivers.html

(P.S. Roger Mason, Jr. is starting now with Rivers coming off the bench...it's like motivation/punishment for Rivers, by forcing him to sit on the bench and watch a crappier version of himself.)
11/28/2012 9:11 AM

Mr. AllDayE'ryDay said...
Roger Mason, Jr. has started the past two games while Rivers has come off the bench...Mason starting in place of Rivers=punishing him by forcing him to sit and watch a crappier version of himself.
11/29/2012 1:11 AM
Post a Comment
<< Home
Subscribe
RSS Feed
Mailing List