Hi everybody, and welcome to a special Blue Monday version of the Worst of the Night. Just a warning to any younger readers, and any parents who like to read this blog aloud to their children, it gets a little blue.

The Bucks: They had an 11 point lead in the fourth, but couldn't contain indomitable scoring machine Ramon Sessions, who scored 9 points in the quarter, including the go-ahead free throws.  The Broped lost the eerie harmony it acquired over the weekend.  One tire inflated to the point of bursting, Monta with 31 points, while the other tire, Jennings with 10 points on 5 for 18 shooting, had evidently been slashed before the game.

In an apparent effort to restore balance, Monta missed a three with 5.9 seconds left that could have won the game. Although, it might've cost the Bucks a game, missing that shot may prove to be a good decision for Monta in the long run, because as we all know a balanced Broped is a force to be reckoned with. Ask Anthony Davis. I also interpret Monta's 6 turnovers to this effect.

Michael Kidd-Gilchrist: At first glance, a player shooting 4 for 13 would seem to be having problems with his aim. However, when you subtract the 5 shots that were fed back to him as Wilsonburgers, Kidd-Gilchrist actually shot 4 for 8 from the floor. Less comforting is the fact that Mike Dunleavy had 4 blocks. So much for silver linings. I checked the play-by-play, and MKG was blocked once by Tobias Harris, once by John Henson, and three times by Mike Dunleavy.


Randy Wittman, desperate quote machine: These quotes from the head coach of the Wizards are so depressing, I think I'm going to have to go rent Dancer in the Dark to cheer myself up.


I don't know who to start, who to play, who not to play...I'm looking down the whole roster, and if I had a cellphone, I'd be calling the waiver wire, trying to find another body. I mean, I'm just searching right now, searching for people to give me consistency.


After his Washington Wizards, the only winless team in the NBA, dropped to a franchise-worst 0-9, coach Randy Wittman sat down for his postgame news conference, sighed loudly, took a sip of water and glanced at the stat sheet.

Water? He took a sip of water? It must be against the 8th amendment to make a guy, who just had to coach yet another loss for the Wizards, sit through a press grilling without having something a helluva lot stronger than water to dull the sharp edges. Or does the whole "cruel and unusual punishment" ban only come into play when you've been convicted of something? Coach Randy might want to consider getting caught for a crime and supplying a lot of evidence. Maybe then he can get a drink.


Perhaps, he can try assaulting his frontcourt with a shovel. They did make Roy Hibbert and David West look positively dominant with a combined 50 points on 24 shots, 20 rebounds, and 8 blocks. If you've been following the Pacers this year, and my deepest condolences if you have, then you know what a ludicrous and miraculous anomaly this is; although, maybe I shouldn't call it a miracle because that belies the completely rational explanation for this freak occurrence, which is: the Wizards suck monkey balls.


In conclusion, it is high time for the NBA to start taking an 'it's 5 o'clock somewhere' approach with coaches and drinking. Their strict adherence to a failing policy has already driven all-time winningest coach Don Nelson from the league, and if they don't act fast, it may lead to Randy Wittman blowing his brains out on live TV. Granted, since it's a Wizards game this likely won't be broadcast nationally, but in this day and age somebody is bound to put it on the internet. Then where will all the teetotalers be? They'll probably be hiding at home, polishing their Andrew Volstead figurines and celebrating the death of the Bud Bowl, like they usually do in times of trouble.

The Magic: If a team like the Hawks can clearly get away with Josh Smith shooting 30% to score 6 points, and still beat the Magic by 9 points, you can imagine what will happen when the Magic run into a real team. Actually, you don't have to imagine. Big Baby was the only starter, nay the only player, for Orlando to score in double figures. I guess we'll find out who the 2nd shittiest team in the league really is when the Magic play the Pistons on Wednesday.

Winning Streaks: In my last post, I pondered about the Grizzlies, "Can no one stop this awesome superpower?". Well, ask and you shall receive. Only 2 games after the Griz snapped the Knicks' mind-altering winning streak, the maddeningly inconsistent Nuggets rose to the task and tamed the fearsome clan of the Z-Bo bears. Half-Man, Half-Hedgehog, Danilo Gallinari awoke from his own recent hibernation and scored 26 points.

Tony Parker should just be glad that flop didn't take out the knees of any of his teammates, Mamba style.

Fruit Basket Alert: A tray for donations was passed around the Clipper locker room after their victory over the Spurs; the plan is to buy Gary Neal a nice fruit basket, and it's not just for shooting 3 of 11 for 7 points, with more total blocked attempts and turnovers, 2, than rebounds and assists, 1. Gary was also kind enough to throw up a floater with 46 seconds left that completely missed the basket and wound up right in a Jamal Crawford's hands.

After the game, Deandre Jordan spoke with Basketbawful reporters about the importance of consolatory gift giving:


Yeah, it's a big part of the game, what we do as players. We wanted Gary to know that we appreciate what he was able to do for us, to help us get this W. The Spurs are well known throughout the league as one of the best teams when it comes to selecting tasteful, yet underhandedly insulting, fruit baskets. We've received a lot of these from them in the past, so of course we're gonna take the opportunity here to really find the appropriate basket of fruit.

Gary Neal might not be the only Spur with a surprise waiting for him when he gets home. Danny Green (2 for 11, 6 points) might even get a fruit basket with mangoes. Also, Tony Parker's fiancee has been fucking the butler. I'm just kidding about that last bit. It's actually the stable-boy.

The Dallas Mavericks: Speaking of recent cuckolds (you know Delonte West is gonna get his), the Dallas Mavericks are really reeling, having now lost 5 of their last 7 games. If that doesn't sound alarming, keep in mind the Detroit Pistons have had the same 7 game stretch. The Mavericks couldn't even beat a Warriors squad that barely limped to 40% shooting with Klay Thompson only making 2 of his 14 shots. At least, considering that the game went into overtime, you can't say that the Mavericks didn't make it a tight squeeze. You know who else likes a tight squeeze? Delonte West.

The Houston backcourt: The Harden Lin Big Top Extravaganza Experience drew scant applause when the two knife throwers were only successful on 6 of their 21 throws, maiming several assistants, and failing to draw the same enthusiasm as the clowns and elephants. During the show, the Jazz musicians grew increasingly rambunctious in their heated playing, until their rivals fled the stage under the duress of such heavy decibels.

James Harden scored only 6 points in 17 minutes, but he gets a doctor's note for his fever and upper-respiratory infection. Hey, if it's got a hyphen and that many syllables, it's gotta be serious. The word around the tent is that he may have caught something from spending too much time with Doris the Cigar Smoking Llama. 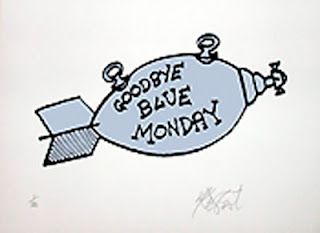 
Nuggets-Grizzlies: Wayne Ellington was in an indigo mood with a +3 suck differential, missing twice and turning the ball over in 8 minutes and 12 seconds.

Warriors-Mavericks: Rodrigue Beaubois really tied the Mav's loss together with a +1 suck differential in 6 minutes and some odd seconds for the Warriors. Kent Bazemore and his amazing name appeared for a 10 second Mario, while the less uniquely named Jeremy Tyler appeared for even less time, capturing a Supermario in 4 seconds.

Jazz-Rockets: Alec Burkes showed none of the spryness of a young Alec Guinness, or an old and robe covered Alec Guinness for that matter, and the end result was a +3 suck differential in 5 minutes and 7 atonal seconds for the Jazz.

Clippers-Spurs: Patty Mills showed that his +2 suck differential in just under 10 minutes wasn't just the run of the