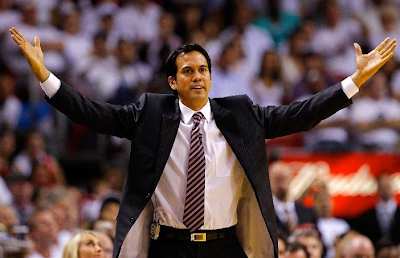 Are you not entertained? 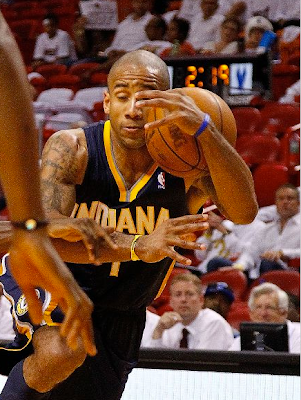 Maybe if Jones spent less time rubbing his eye and more time running plays, the Pacers wouldn't be down 37 points. 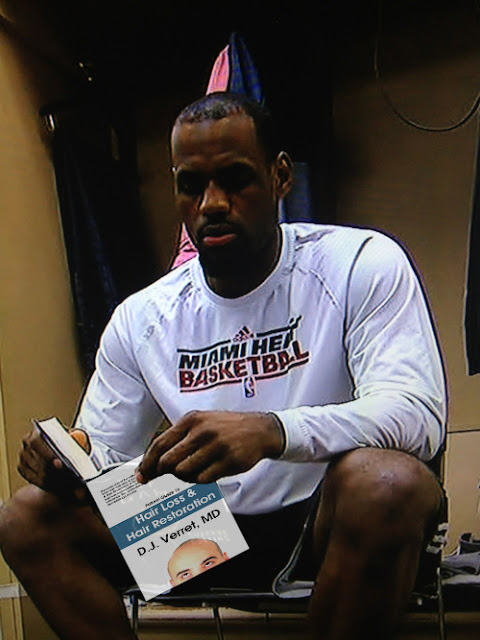 LeBron catches up on some pre-game reading


The Indiana Pacers:  Well the honeymoon was great while it lasted.  Felt like it was only a couple days ago the Pacers took a 2-1 series lead, shocked everyone, and Miami was labeled D.O.A

Unfortunately for Indiana, it was a best of 7 series, not a best of 3.  In a game that had huge playoff implications, a Game 5 win for Indy with the next one at home would have put them in the driver's seat for an ECF berth.  Instead, they got into the driver's seat and drove off a cliff.

The Heat led by as many as 37 points handing Indiana their worst playoff loss in franchise history.

They also had flagrant fouls galore in this game:


Who needs to battle to the ECF when you can get the WWF right here.

And considering that Indy's starting 5 usually puts up these kinds of numbers:

The Pacers have outscored opponents by 75 points with its starting lineup (Paul George, Danny Granger, Roy Hibbert, George Hill and David West) on the court together this postseason, the best plus-minus for any five-player combination in the playoffs. When any other combination of Pacers has been on the court, Indiana has been outscored by 48. In the Eastern Conference Semifinals, the starters are +47 and all other lineups are -74.

His assistant then whispered into Bird's ear that he's running the 2012 Indiana Pacers, not the '86 Celtics.


Game 6 is tomorrow night, and I'm sure the shadow of LeBron will loom over Granny Danger:

At least when LeBron isn't ignoring his coaches:

From Around the League:


So the Lakers were officially eliminated, and no tears were shed....outside southern California anyway: 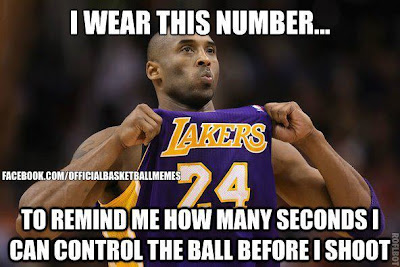 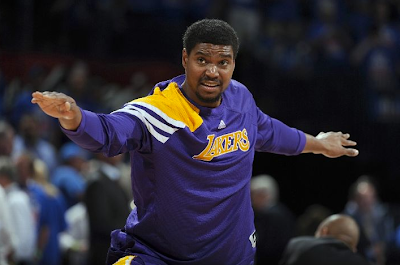 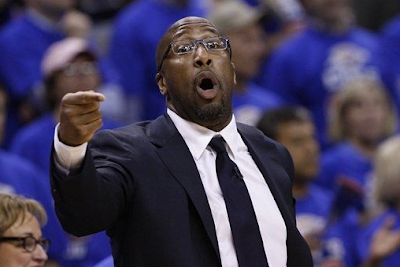 
So this is pretty much 2012's NBA Finals matchup.  Not that an Eastern team can't take it this year, but it's probably the best matchup you're going to see in this year's playoffs.

I'm thinking Spurs in 6, but this series will probably go the distance.


Who wouldn't want to see the following teams face off against each other: 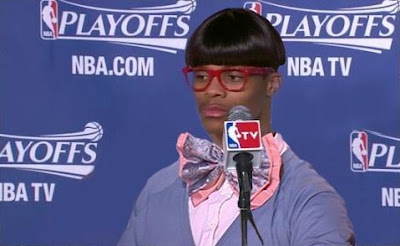 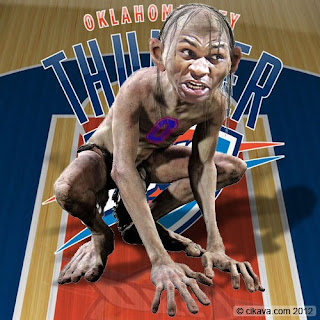 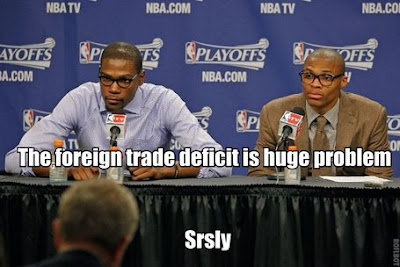 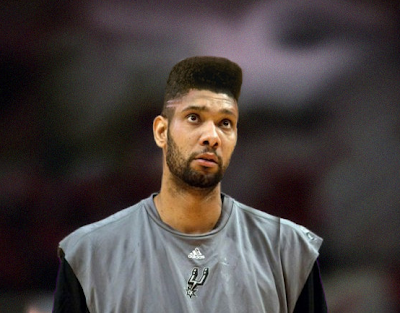 JJ said...
Raza, thanks for the post. I love the pictures. Haha.

I've been saying this, but I'm REALLY looking forward to Thunder/Spurs series. Spurs seem unstoppable and Thunder looks like they're finally putting it all together. But, something has to give! In the end, I think Spurs veteran savvy and superior coaching will give them (little) advantage. Spurs in 7.
5/23/2012 10:15 AM

kazam92 said...
Just kind of clinging on to the hope the Thunder and Spurs destroy each other until the only guys left are Cole Aldrich and Matt Bonner.
5/23/2012 10:54 AM

Naz said...
I got the feeling that the Thunder will push the Spurs to their limits and even though San Antonio advances to the Finals, Duncan and Ginobili will be out of gas and the burden of doing the legwork will be on Tony Parker.
5/23/2012 12:33 PM

Stockton said...
Mighty coach Sloan is considering a coaching job with Charlotte.
Did he make some kind of bet with J in 98, in which Jordan told him that if he ever owned a crappy team, Sloan would have to coach it?
5/24/2012 4:50 AM

JJ said...
Stockton, source?? That sounds crazy, especially since Sloan is old and I thought he was kind of sick of coaching. Maybe this is a revenge on MJ for all those rings that MJ denied him. Sloan will go to Charlotte and make Bobcats worse. Oh wait, that's not possible.
5/24/2012 1:04 PM

Roy Hibbert is averaging 11.7 pts and 11.5 boards for the playoffs, against two teams who have no real centers. If he were even a semi all star, his numbers would go off the charts and Indy could win this. So oine effect of this series is to show that 7'2" Roy Hibbert is capped in his abilities: he's a valuable role player, but he'll never be a great big man.
5/24/2012 4:42 PM

Two bits of bawful in this article:

First, the small: Shaq as a GM? Really? Well, at least he can't eat himself out of contention like he could as a player.

Second the large: "However, this is not a job I have an interest in pursuing. I feel very fortunate to be with TNT and to have the best job in sports. I look forward to many more years with Charles (Barkley), Kenny."


NOOOOOOOoooooooooo..........
How is it that TNT doesn't realize how badly Shaq effs up their chemistry? Maybe this is just wishful thinking on Shaq's part, but fer the love of god, get him off of that set! {What I actually expect is that Shaq has an inflated multi-year contract, which will be tossed around from one network to another like a hot potato. You know, like his last few years in the league.}
5/24/2012 5:08 PM

Czernobog said...
Awful outing by the Pacers. No hustle whatsoever, and they looked soft as hell inside, despite the massive size advantage.
5/25/2012 3:52 AM

Barry said...
Wormboy: isn't Hibbert up for à new contract this summer? I fear Indiana is going to pay for that AllStar tag and the media attention. Then again, a 7'2" center with some skill is bound to be overpaid by someone.