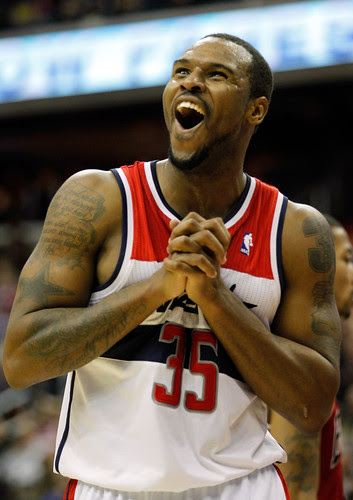 Yes, another Tuesday post even though I said I wouldn't be able to do these this season. I was afraid that if I didn't post omething, Blake Griffin and LeBron James might simultaneously dunk on my ass, resulting in all life as I know it stopping instantaneously and every molecule in my body exploding at the speed of light.

Big news, you guys. Darryl Dawkins is apparently now on Twitter. I didn't realize they got Internet service all the way out on Lovetron. 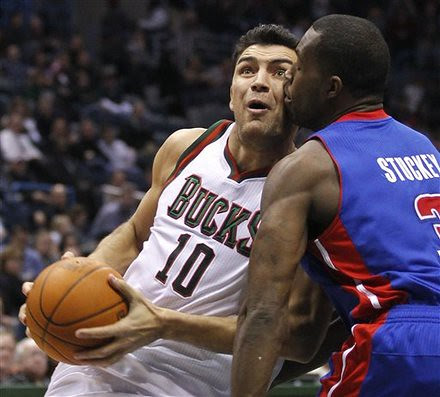 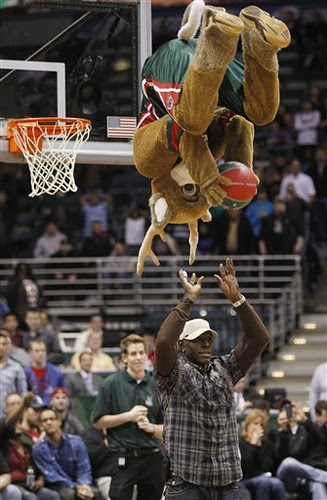 Griffin already gets Dunk of the Year? Bango says eff that noise! 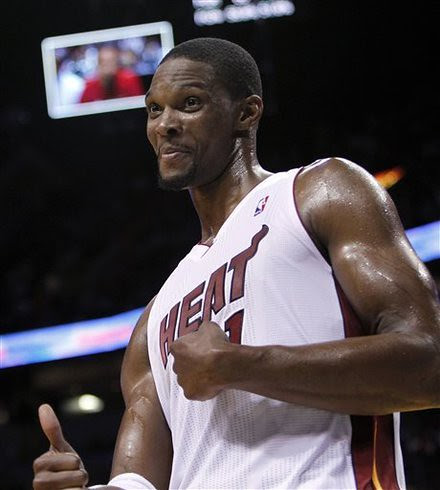 Celtics at Cavaliers, 7:00pm: (looks at watch impatiently as Kyrie Irving scores another bucket) So when the hell is Rajon Rondo coming back?

Nyets at Pacers, 7:00pm: Actual Avery Johnson quote after the Nyets lost to the Craptors the other night: "I DIDN'T SEE THE SWAGGER." You can hear that being screamed in his voice right now, can't you? It's making you smile, isn't it?

Hawks at Craptors, 7:00pm: If the Hawks win tonight, it'll be the first time since 1968 that they've won at least four games in a five game roadtrip. But of course they're the Hawks and impossible to predict so they're probably going to score 78 points and get annhiliated by the rollerskating velociraptors or something just to make me look bad for even bringing up that statistic.

Pistons at Knicks, 7:30pm: The painful "clank clank clank" sounds of bricked jumpers will echo through the entire state of New York tonight.

Nuggets at Grizzlies, 8:00pm: Lionel Hollins has been brought to the point of calling out his team's effort after dropping four consecutive games. If he really wants to motivate his team, he should just show them his hand and threaten "You'll end up like this if you don't play hard tonight."

Kings at Warriors, 10:30pm: Do we have coaching revenge game possibilities here? This is the first time Keith Smart is facing his former team since getting dropped at the end of last season.

Bobcraps at Lakers, 10:30pm: This is the last Lakers home game until Valentine's Day. And we all know the Lakers struggle on the road, so this game is pretty much a must-win. But also, it's against Charlotte, so that in and of itself makes it a must-win.

kazam92 said...
It's funny how the Grizzlies were the super scrappy team that could dominate inside and they've maintained this identity despite now being almost completely perimeter oriented. I mean Marc is still there and doing his thing, but it's like two different teams.

Flud said...
Ireland and basketball, usually it's bawful. This on the other hand is bawesome.....

JJ said...
Regarding AK Dave's comment yesterday, I do agree Perkins is not a shot-blocker. But, I think Griffin can do the same to someone like Okafor. And when he does, he shall be named the new wielder of Chaos Dunk.
2/01/2012 8:16 AM

Bing said...
I'm sure there's a lot of salty LA fans (like me) who are wondering what the fuck is up with the Hornets?
They failed to sign Gordan's extension and are now openly shopping Kaman. AKA the two main pieces they got for CP3 aside from a 1st round draft pick.

The Other Chris said...
@Flud

That.. is.. awesome. For basketbawful readers that don't know what Bray Head is and are too lazy too use google, a little context: Bray Head is a large hill/small mountain in Bray, which is in county Wicklow just south of county Dublin. The cross is at the top of Bray Head, like a low-rent Irish version of the hella famous one in Rio.

It would be difficult to see from the town but a total "WTF??!?" for everyone who hikes up the hill.. as many do.

Paul said...
I want to know what the fuck happened to the Miami Heat?

I stopped watching right as the first quarter ended "The Deer" seemed pretty much not only blinded by the Heat's headlights but by all the balls going through their net, Miami was up by 20 or something by the end of the first.

Anyways... I turned the t.v. off, then come back to check the score and BAM! Bucks won?! I'm puzzled to say the least, King Crab had 42/8/8 or something like that, Wade's line wasn't bad either and the heat still lost?

JJ said...
Bing, Hornets are actually doing a pretty good job. What they're doing is making the team attractive for a new owner. Getting rid of expensive contracts in return for draft picks allows the new owner to rebuild the team as he sees fit and makes the initial payroll low. This is a pretty standard formula that teams such as Nets have used.
2/02/2012 8:14 AM

Naz said...
Paul it's a funny thing, Lebron keeps putting up fantastic numbers but every time the Heat lose he inevitably has to shoulder 100% of the burden.


To me it's the damndest thing considering it really is Dwyane Wade's team but if the Heat lose all eyes are on Lebron. Like the Heat were some perennial Finals team before Lebron showed up. ugh
2/02/2012 12:35 PM


Said Rick Carlisle, "My intent was not to kick it into the stands. I was trying to kick it to the referee, but I'm not a very good kick."

For Blazers forward Gerald Wallace, dealt by the Bobcats at last year's trade deadline to Portland, there was no mercy, no compassion.

"I wanted to keep going," Wallace said, when asked if he felt bad for Charlotte, who fell behind by as many as 48 points. "I didn't even want to come out of the game."

Wallace finished with 23 points, 5 rebounds, 2 assists, three steals and one block, by far his best game against his former team. The Blazers split the two revenge match-ups with the Bobcats last season, and Wallace shot just 1-for-7 in Portland's March 3 win. Wallace came off the bench in both games.

Wednesday's thumping, he said, provided satisfaction that those games did not.