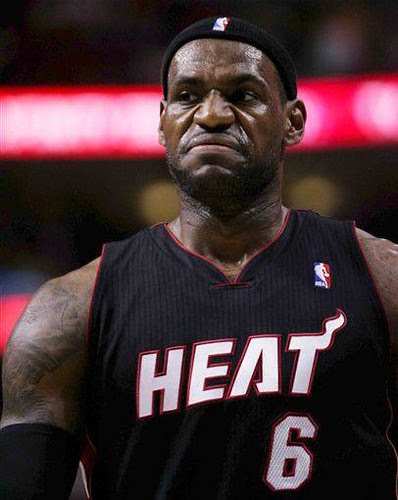 "Oof. Something stinks in here... probably all of my turnovers"
Do yourself a favor and take a few minutes to read this interview with Bill Walton done by Trey Kirby over at The Basketball Jones. First off, reading anything to yourself in Bill Walton's voice makes your day 800% better. But beyond that, this is a good interview full of the usual Walton style and some good thoughts into the importance of controlling the paint in the NBA.

Also worth reading? This Deadspin piece. To quote the lede: "This is a story about the new NBA Jam for the Nintendo Wii. It is also a story about the 1990s, the NBA's waning cultural cachet, Bryant "Big Country" Reeves, Asian-Jewish relations, Roenick in NHL '94, nostalgia, and God." What more can you want than that? All it's missing is Greg Ostertag.

And a brief moment of analysis. (I'll keep it brief since I suck at analysis.) Marc Stein had an interesting tweet this afternoon: "Was TUE night in BOS bigger deal than we thought for Heat? Research says only three NBA teams in last 20 years won it all after 0-1 start." To be fair, this is a complicated situation. Considering the lack of preparation time the Heat had to get used to a completely new look, I don't think it was reasonable to expect them to come out looking amazing in their very first game. That being said, the kinds of teams that lose on opening night, regardless of talent level and preparation, might be fundamentally lacking something. It might be an obvious missing piece in offense or defense, but it might also be something like a lack of killer instinct. LeBron doesn't have the same desire to go out and just kill his opponent each and every night like some of the greats did. (Jordan would refuse to lose a game like that, for example.) How much of that will carry over into the postseason? I can't foresee it now. But that is something that will stick in the back of my mind. 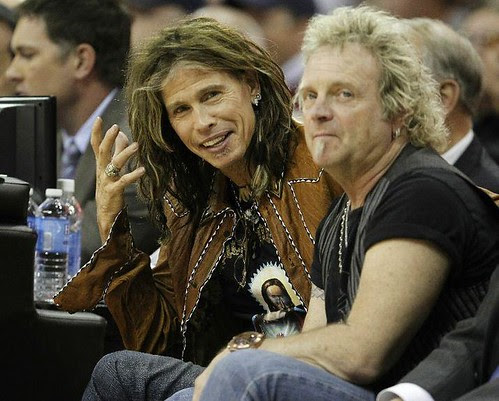 Steven Tyler may not be experiencing love in elevator, but he is livin' it up while the Celtics are going down 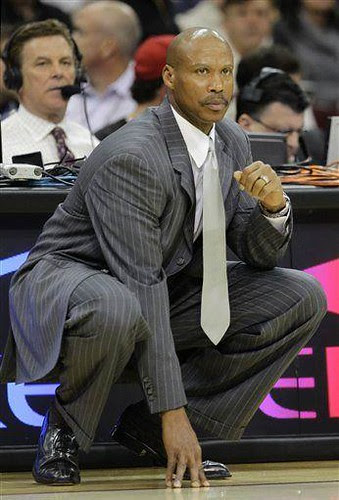 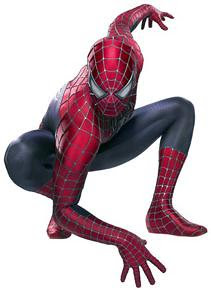 Good God! Byron Scott is Spiderman! Well, that explains some things. Or nothing at all. Not sure which yet... Based on Landry Fields' reaction, I think Demar DeRozan has a taser hidden in his hand 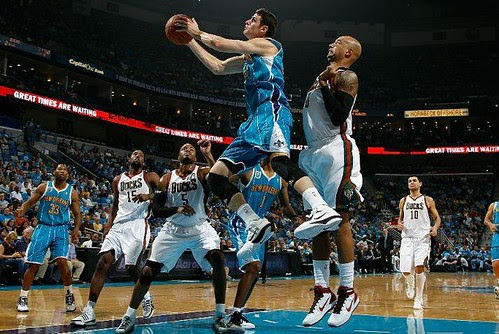 Anyone who want to scare Drew Gooden on Halloween now knows what his biggest fear apparently is: playing defense 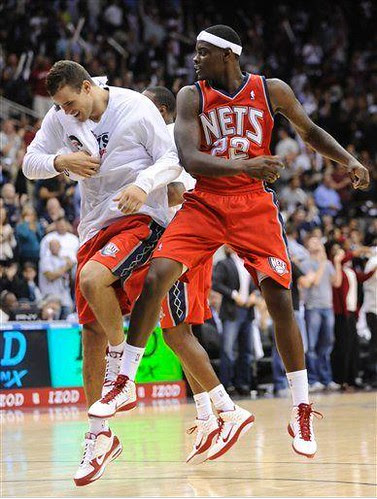 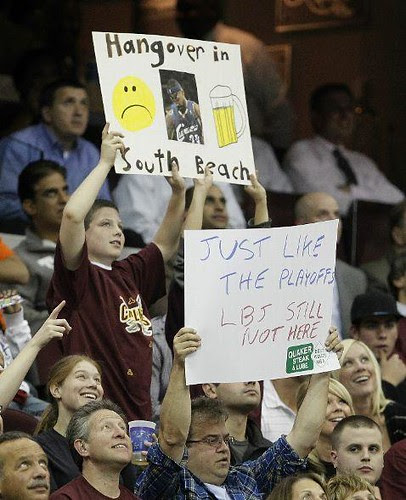 Good. Use your aggressive feelings, Cleveland fans. Let the hate flow through you.

Nationally Televised Games:
Wizards at Magic, TNT, 8pm: The Magic have a new arena. On the other hand, the Wizards are missing Gilbert Arenas, one of their main weapons. (Damnit. I just can't help myself. The gun jokes write themselves.) In other news, holy crap John Wall is fun to watch. Trust me on this one.

Suns at Jazz, TNT, 10:30pm: Interesting game. These two teams have some similarities: both are higher-scoring offenses who no longer have their leading scorer from last year, and both teams struggled to put up points in their season openers. Oh, and they also share another similarity: I don't get to watch nearly enough of either of them because they're based out West and their games come on too damn late for me a lot of the time, and there's not enough time in the day to DVR their games and watch later on. Can someone please invent some sort of magic time machine soon plzkthx?

AnacondaHL said...
The new tech calls are really really stupid. Everyone gets confused, players and coaches and fans and announcers, and it just makes that feeling of injustice even worse.

Wild Yams said...
I think the new tech rules are garbage as well. I can't help but wonder how it's gonna effect players late in the season if a lot of them start racking up Ts and get suspended from games as a result. Same thing in the playoffs. With these new rules in place, maybe it's a good thing Kendrick Perkins is missing the first few months of the season.
10/28/2010 4:29 PM

Unknown said...
What's turble about the tech rules is that they only apply to negative reactions. It's like the opposite of the TD celebration rule in football. People say/do things in the spur of the moment by getting emotional, yelling something, etc., it's part of sports.

Part of me things this all has something to do with the CBA. It's a power move by Stern to show that he's in control of the league, even the emotions of players.
10/28/2010 4:38 PM

AnacondaHL said...
Slightly spergin' blog post on Kevin Love but comes with a hilarious flowchart. In other news, Kevin Love kinds sucks at defense to the surprise of...no one.
10/28/2010 5:10 PM

Dan said...
Know the other two teams in the last 20 years to lose on opening day? The 90-91 Bulls and the 97-98 Bulls. They weren't statement games like the Celtics game, but it's a totally different situation all around.

AnacondaHL said...
Sorbo - It's called a "Danny Forston", but for future generations it may be named after our pluky outlet pass extraordinaire.
10/28/2010 11:13 PM

How can he be Spiderman when he's clearly Doakes from "Dexter"?

Wild Yams said...
AnacondaHL - Hakim Warrick is so much better for the value than Amar'e would have been. Warrick isn't the answer for Phoenix at the 4 or anything, but neither was Amar'e, so he wouldn't have been worth that money. I don't really know what the answer is for Phoenix though. Odds aren't great that they'll be able to pick up the 2-3 players they'd probably need to put them over the top while Nash is still doing what he can do. Then again, is Nash ever gonna decline due to age? I'm beginning to think he may just play like this forever.

Are the Jazz really this bad? They've been hammered in their two games so far, but I was thinking they might be decent this year. Maybe things will turn around once they get Okur back (or if they trade AK-47 for something good), but right now they're looking lottery bound, and I never would have thought that would be the case after adding Al Jefferson.
10/29/2010 4:51 AM

AnacondaHL said...
Yams - Al Jefferson chucks it up from outside way more than Boozer, and at a much worse %. Their 7th to 10th are bad too, I thought they gave up too much in the offseason for free beyond Boozer. I mean come on, they are giving Gordon Hayward minutes! This is not fun times for Deron Williams, until he adjusts to so many softy bigs (even more than Okur!), and really takes over.

As for the Suns, although I figured Portland would win and we'd win over the Jazz, both teams were missing key parts at Center. The Suns need another C or PF/C combo, which is why those ridiculous rumors about signing Dampier kept rising. Frye and RLo are both prone to fouls (and for the latter, whining technicals), and I refuse to believe the offseason rumors that the Suns were running sets with Hedo at the 5. Or this Garrett Siler rookie. I'm guessing in tonight's SEGABABA at home, PJax will attack to get both guys fouled out and just laugh at what happens afterwards.

Unknown said...
Orlando Magic Fans. You think the Miami Heat will beat you tonight? They think they will win more games than the 95-96 Bulls (72). Let's not let that happen. Join the Countdown To Failure and Vote who will win -> Countdowntofailure.com
10/29/2010 9:00 AM
Post a Comment
<< Home
Subscribe
RSS Feed
Mailing List