Thursday, June 10, 2010
The Game 3 Press Conference: Starring Everybody
By Basketbawful at 5:14 AM
26 comments 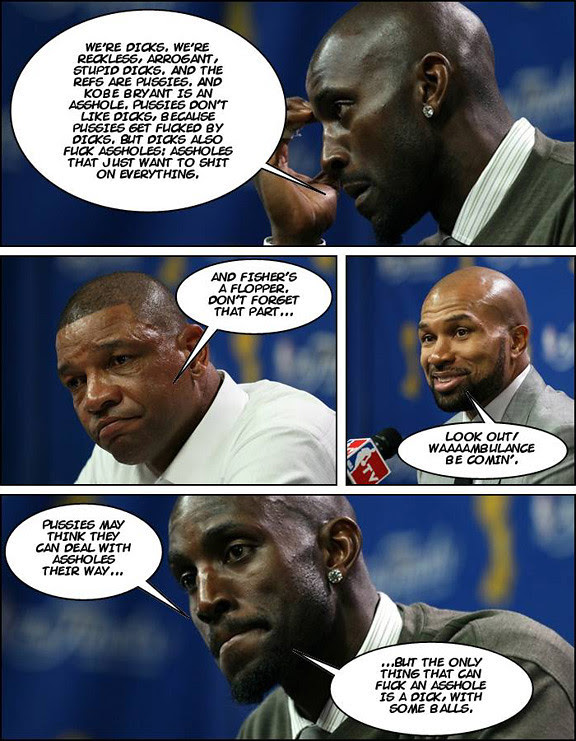 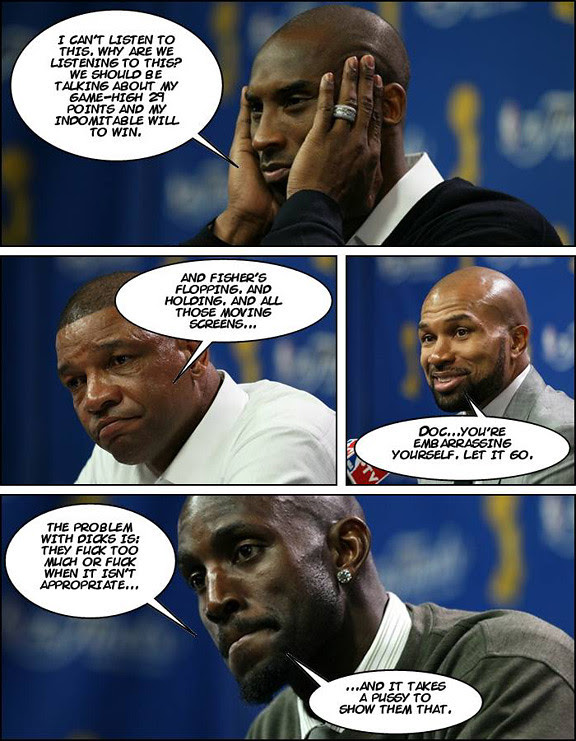 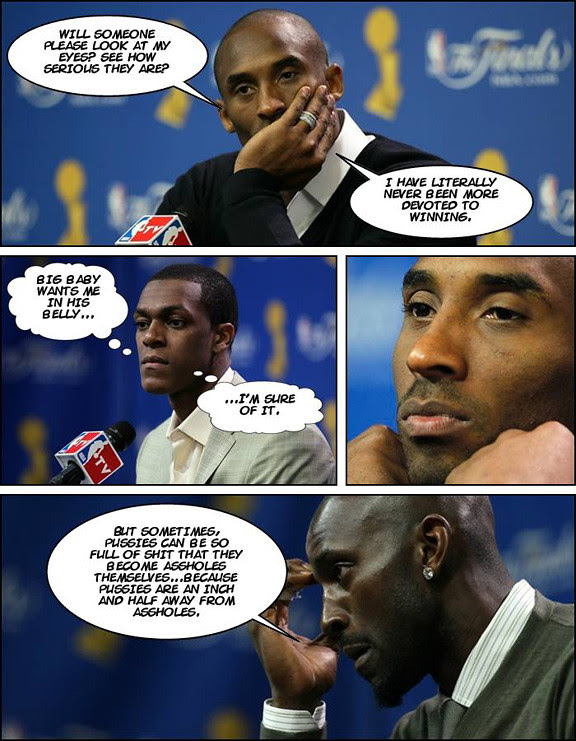 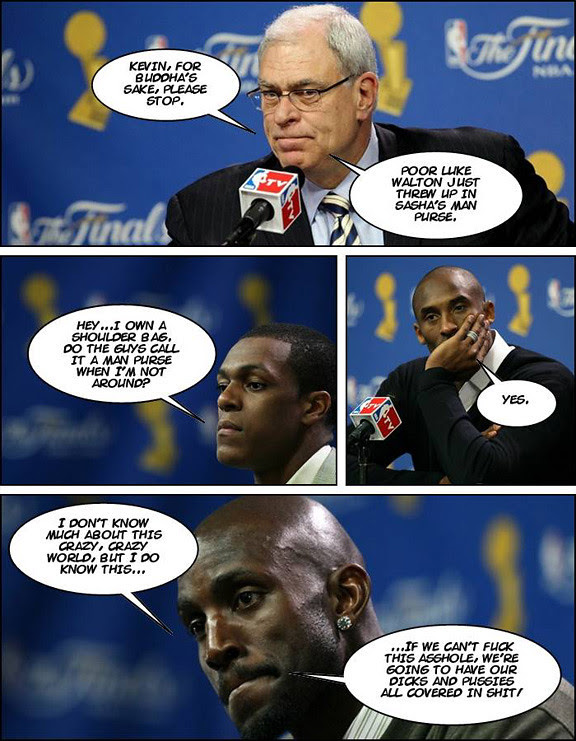 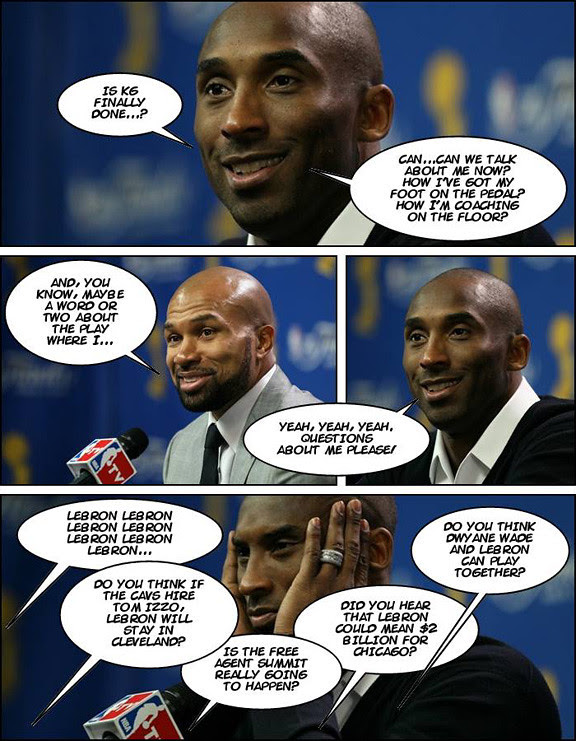 Editor's note: In case you didn't recognize it, this post owes a giant tip 'o the hat to the classic "Dicks, Pussies, and Assholes" speech from Team America: World Police. And Kevin Garnett's potty mouth, of course.

Dan B. said...
Wow, it's been awhile since I've seen that movie. America, fuck yeah.

Another solid press conference. It's like the players and coaches intentionally make the goofiest faces they can during these things. Wait a second. Are they intentionally doing it just to give us fodder for ridiculous comics...?
6/10/2010 7:03 AM

Siddarth Sharma said...
Same here. Best commercial I ever saw. Good to know bawful stuff is mocked and celebrated so well elsewhere too.
6/10/2010 11:03 AM

Post on the instant replay junk and the rule about it. My favorite quote: "As it stands right now, under certain instant replay triggers, for instance by example, a made basket at the end of the period, if you have a trigger and it's reviewed, the system does allow you to review whether or not the clock expired, whether the field goal was called correctly as a 2 or 3, whether or not the shooter committed a boundary line violation, whether or not the 24-second clock expired, it also allows you to determine whether there was an eight-second backcourt violation. But it just does not allow for you to review matters involving judgment calls, or subjective calls."

Wait, what? Determining whether a last second basket counts or not based on if it's left the player's hand in time or if it's a two pointer or three pointer based on a millimeter's measurement of foot position are NOT judgment calls and therefore allowed, but a foul somehow isn't?
6/10/2010 11:14 AM

Tree said...
I was offended by your prolific use of the word 'pussy'. That's offensive and demeaning to women everywhere.


Anyways, the best part of this was Kobe's serious/dreamy face after the Rondo thought bubbles. I have no idea why that cracked me up so much.
6/10/2010 12:29 PM

melon307 said...
honestly...every time baby does that lip-licking thing he started or whenever he just sticks out his tongue after a big shot...i swear...its an offense to humanity...

and im pretty sure it scares anyone under 6'4" (including me and apparently rondo) that we're next on baby's dinner menu...

In that case, I'm sure somewhere a cat owner is offended.

Basketbawful said...
The really unfortunate thing is that I couldn't find any Ray Allen press conference pics after the game. I had some good jokes prepared and everything...
6/10/2010 2:03 PM

Sorbo said...
There are no Ray Allen press conference photos because he had shown up three hours before the first question to practice his excuses.

That joke not funny, how about this: Ray Allen continued his no-show from game 3 after failing to appear at the press conference.

While I agree with him that Fisher has flopped a few times... has he not watched his own players in all his tape sessions? Allen and Fisher should have a contest in my opinion.
6/10/2010 7:37 PM
Post a Comment
<< Home
Subscribe
RSS Feed
Mailing List