Tuesday, January 27, 2009
The Tuesday Morning Lacktion Report
By Basketbawful at 9:53 AM
0 comments 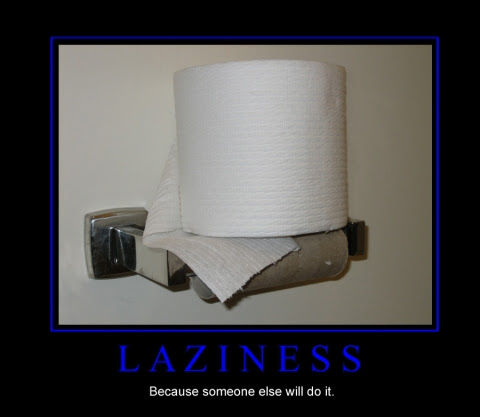 Editor's note: Since the lacktion reports have been increasing in popularity and awesomeness, they will now be getting their own posts...until our lacktion reporter gets tired of doing them.

Sixers-Hornets: Marreese Speights, the Sixers' most recent first round draft pick, has been productive in recent stints. However, since Elton Brand's recovery, the Sixers have been bent on including the ex-Clipper deadweight on the court to slow down the game and make it easier for other teams to grab victory off of the Comcast Turtles' Conveyor Belt of Fail. (Anyone who has seen one of those annoying commercials will know this reference all too well.)

So with Brand firmly re-inserted into the lineup as the human jaws of defeat, Speights had to change his focus from contributing to the uptempo offense during Elton's absence to earning notability through the lacktion writeup. Two fouls and 3:02 later, he proudly achieved a +2, which involved much less masonry than Elton's statline (three missed shots, compounded by two turnovers!).

Sadly, in this case, lacktion was much more of a positive contribution than a Big Free Agent Signing's start.

Update! Wow. Immediately after Marreese Speights had his first taste of lacktion for 2009, Bill Simmons goes out and declares him underrated, putting him in the same company as Millsap, Durant and...Manny Ramirez? Huh?

Blazers-Clippers: Channing Frye served as Portland's human victory cigar against The Team That Is Who We Thought It Was, scoring a beautiful 1.9 trillion at Staples Center in the midst of a 25-point win. Conversely, Mike Dunleavy's squad of castoffs all demonstrated why they are not on professionally-operated basketball teams, as three bench jockeys managed to ruin exemplary runs of coldness with insignificant contributions.

Jason Hart trashed an eight-minute run of one foul by tossing the ball to a scoring teammate for an exasperating assist, while Ricky Davis let a missed shot land onto his palms for a brick-and-foul negating rebound, the same problem Cheikh Samb had. Samb (the focal point of the Iverson/Billups trade -- at least for lacktion enthusiasts) bungled a two-brick non-performance in nearly five minutes with the aforementioned board.

And now up on Deadspin: Cheikh Samb gets posterized!


About the author: Chris is a Sacramento resident and Bay Area native who is surrounded by all forms of bawful, from The Oracle to Arco Arena (or whatever barn the Maloofs can milk the most profit from in the near future). After all, when you live in a town in which an ex-trillionare champion (John Salmons) is the home team's starter, is there much to be expected on the positive front? No. So Chris has made it his goal to become the Bill James or Hubie Brown of lacktivity, seeing how abundant it has become in Northern California. Outside of his life as a lacktion statistician, he follows a random collection of other sports (auto racing, ice hockey, snooker, boxing)...