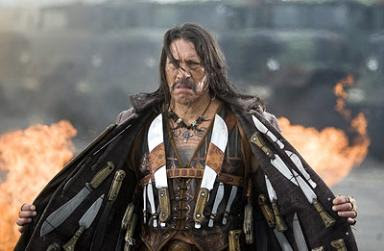 Usage example: Man, Charles Oakley was a real hombre back in the day.

Word history: This term has been popping up in an increasing number of NBA telecasts over the course of the season, but I finally decided to make it an official Word of the Day on Friday when 1. Bill Simmons specifically mentioned it in his NBA mailbag and 2. Hubie Brown said "There are a bunch of tough hombres out there tonight" during the Spurs/Jazz game.

Here's how The Sports Guys described it: "I like the word 'hombre' as an NBA word that means the opposite of wuss. If you're an hombre, that means you're not allowing anyone to push you around; you'll stand up for your teammates when they get knocked into the basket support; you play bigger than your size; and you have the balls to take and make big shots in big moments."

The only part of that description I disagree with is the "you play bigger than your size" part. I mean, I would classify Oakley as an hombre, and he was a pretty big dude. Still, I think "hombre" is the new best term for NBA tough guys.

Update: I received the following fan-freaking-tastic Photoshop from Basketbawful reader Stephen, who said: "I'm personally looking forward to the day when we can use other spanish words to describe players, like, 'Kobe is such a puta!' or, 'They're going to have to stop playing like a bunch of coños out there if they stand a chance in the 2nd half.'" So am I, Stephen. So am I. 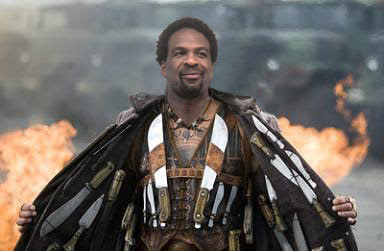 Anonymous said...
it's basically watching someone play for a whole season and finding out he's 3 inches shorter than you thought he was LOL
4/09/2008 11:51 AM

Basketbawful said...
shrugz -- That's how I feel about Al Thornton. I think he qualifies as an hombre.

Anonymous said...
I wrote an article on how the Raptors had no hombres and got killed by my readers. Apparently Garbo, the guy who's been injured all season, has brought toughness and swagger to the court. Go figure.
4/09/2008 2:19 PM

Anonymous said...
Garbajosa... Everyone likes to think of him as some kind of wonder player with magical powers, but he's been injured so much that it's hard to tell what kind of impact he could have on the current Raptor roster. If the roles were reversed and it was Bargnani who was injured for the last season & a half then everyone would probably be attributing wunderkind powers to the kid too. Unfortunately those of us who have to struggle through Raptor games and highlights know better.

Anonymous said...
dont know if this can be used anymore if hubie brown is using it. kinda like the bit how black people have to switch up their slang when white people become privy to it.

Drake said...
I wouldn't really consider consider Odom's flagrant foul as an hombre move. Sure, Brandon Roy is the star of the Trail Blazers, but he doesn't seem like a guy who would retaliate from a foul like that. I would think it's much easier to attack someone who won't murder you because of that attack.

Consider for a moment that Kwame Brown once knocked down a player (forgot his name) and stood over the guy, glowering like a tough guy. First: whoever that player was, I don't think he was someone who would have retaliated. Second: would you ever, EVER, consider Kwame Brown an hombre? I think not.

To be a true hombre, you need to confront someone who will actually fight back. I remember the story about that rookie on the Bulls during the late 80's who dared to foul Michael Jordan hard from behind on MJ's dunk attempt during training camp. That guy might have been an hombre in the NBA for several years had MJ not dunked on him on the next breakaway while slamming his elbow into his forehead, effectively ending the poor sap's career before it even started.
4/09/2008 9:52 PM

the player that kwame brown knocked down and stood over was boris diaw, during the 2006 playoffs. and you're absolutely right, he's not the type of player who would retaliate. in fact, he's gotten so soft he may be made of marshmallow inside. i know he's got game hidden in there somewhere... WAKE UP BORIS!

sorry, got carried away dreaming of the 05-06 model of diaw. anyway, just wanted to let you know so you wouldn't be stuck with that awful nagging feeling, like when you can't remember a song title. i'll stop ranting now and go back to being stupid giddy over the suns-spurs game.
4/10/2008 12:32 AM

Drake said...
Thanks guys. I think I read that example in Jack McCallum's book about the Suns, but it was a while since I read it. I don't really consider a nagging feeling because I knew it actually happened: whenever you hear stories of Kwame Brown acting like a tough guy, you gotta remember them because they're so rare.

Charley Rosen just gave another example of an hombre in his new column. You wouldn't think the soft-spoken Bill Cartwright as one, but he did warn MJ that he was going to kick his ass if MJ did not pass him the ball. Needless to say, MJ started passing the ball down low to him.
4/10/2008 9:05 AM

Anonymous said...
I'll stick with Sir Charles as my hombre. Freakin 6'5" (6'9" in the media guides), chubby, with a little waddle, the dude owned bigger guys in ball and in showdowns. He could intimidate entire teams.

A personal favorite with Shaq: http://www.youtube.com/watch?v=0RchTRlMA_M

Another good look at how badass he really was: http://www.youtube.com/watch?v=I87edutABG8&feature=related

Anonymous said...
You know who was serious hombre? Pippen and Rodman.
Pip damn near tore Ewing's ego in half with his teeth on that dunk where he _pushed_ him to the ground (that bit is always cut in official NBA versions of the play, notice that?).
And Rodman hombred just about ever other power forward to death... with the exception of Charles Oakley.
Oh, and X-man. X-man was WAY hombre. (Much to Pippen's disgust.)
10/20/2008 9:40 AM