Sooooo, this is kind of awkward. I wonder how much ass Dan Gilbert had to kiss in order to get Mike Brown to agree to a mulligan on his Cleveland coaching career. (Oh wait, I know. 5 years, $20 million worth) That’s a pretty long contract for a guy who just three years ago, got fired because Dan felt he couldn't lead the Cavs to a championship. Truth is, the main reason Dan Gilbert fired Mike Brown was because he was trying so desperately to appease King James. Dan hired the well respected Byron Scott as a replacement and the rest was history. 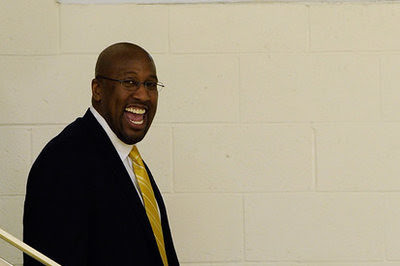 "I'm Baaaaaack"
Am I the only one who thought that Byron Scott was the pretty good head coach? The Cavs were the very definition of Bawful for his entire tenure, yes I know. The numbers prove that much. But for a guy who had success in New Jersey and New Orleans, I felt Scott got the boot a little early. What did he have to work with? In his first season as head coach I think the best player was Antawn Jamison. Formerly the best player for equally terrible Washington Wizards. This past season Kyrie Irving only played 59 games. Dion Waiters played 61 games. And Anderson Varejao played just 25 games. Would the Cavs still have struggled had these players not been out significant time with injury? Probably yes. But it would have been better than relying so much on Tyler "43% from the floor" Zeller and Tristan "I got my shot blocked more than anyone else in the NBA for majority of the season I'm not joking go look it up" Thompson. I mean what did Dan Gilbert expect? For them to contend for a playoff spot? Someone please cue the Jim Mora "Playoffs?!?" video. 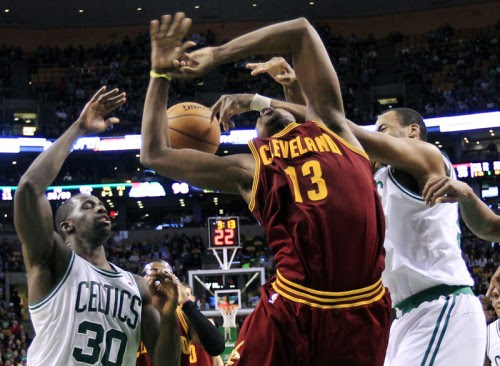 Now we've got Mike Brown back at the helm. Fresh off his 1.06 seasons of disappointment with the Lakers. It’s funny because I keep reading about Mike Brown's winning percentage during his first stint as coach. As if his supporters are trying to validate him by constantly referencing his resume. In my opinion great coaches don't have to have their stats thrown around left and right. It’s something that’s just understood. I know I’ve taken shots at him in the past, but honestly Mike Brown isn't a bad coach. He does have an excellent mind for defensive strategies. Hell, he'd probably be one of the best assistants in the league. I’m just not sure if I want him coaching my team if I care about winning championships. In my opinion, 80% of the Cavaliers success was directly related to Lebron. 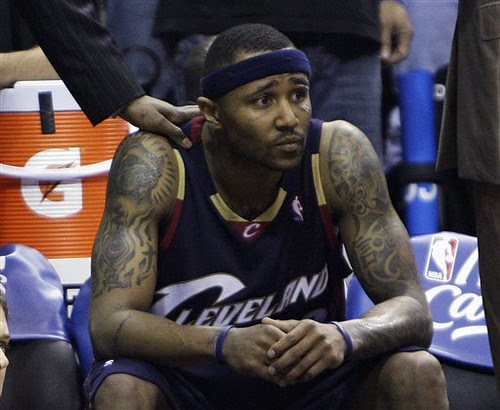 Unless Kyrie, Waiters, and Varejao can stay healthy, and the Cavs can pick up an additional two way player in this summer's draft, I don't see how they fare any better than they have the past few seasons. Kyrie and Waiters have already gone on record saying that Scott never lost the locker room. Is this Dan Gilbert’s way of saying he was wrong? Does he plan on making a run at Lebron in 2014? Now that Byron Scott is no longer coaching, will he finally uncross his arms? I’m scared and confused.

***I’ll leave you with this little fun fact:

***Because the Lakers still owe Mike Brown $7 Million dollars over the next two years. He’ll earn a total of $8.5 Million dollars in the 2013-2014 season. Making him the highest paid coach in the NBA. 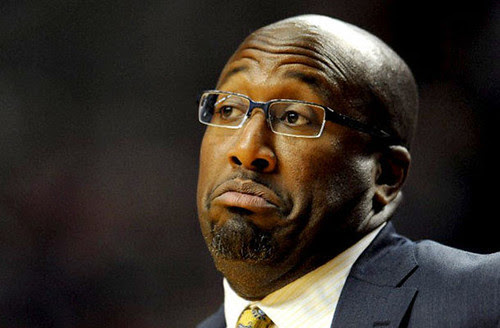 
***I've been informed that Mike Brown's contract with the Lakers will become void once he signs with the Cavaliers .

Anonymous said...
Mike Brown's contract with Lakers becomes void once he signs with Cavs. That means Lakers are free to fire D'antoni, without paying two coaches.

Jason said...
Don't let things like "facts" get in the way of a semi decent joke I always say.

Barry said...
I felt for Brown, despite his obvious limitations, when he got booted out of the Lakers job after about 5 games.

Also, I like Scott over Brown - the Cavs just had bad luck w/ injuries the past 2 seasons. Not as if they were going to the playoffs or anything.