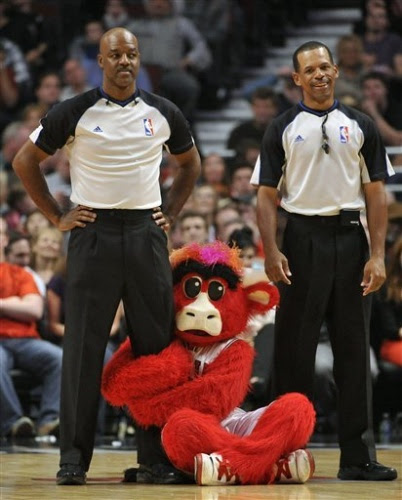 Doesn't get much better than this picture, you guys

I just turned 28 this weekend. And my girlfriend and a few of my friends helped me celebrate it by taking me to play laser tag. Yep, it's good to be a grown ass adult. (cough)

I'd like to take a quick moment to recognize Kobe Bryant's fantastically bawful 3-for-20 effort from the field last night in a home loss to the Utah Jazz. Kobe, Captain Obvious Machine, chimed in after the game: "I couldn't make a shot." Yep, yep. Even better , he missed a trey in the waning seconds that would have tied the game. Of course he did.

Also, alert! Everyone can rest easy finally! The Clipper Darrell saga has been resolved. 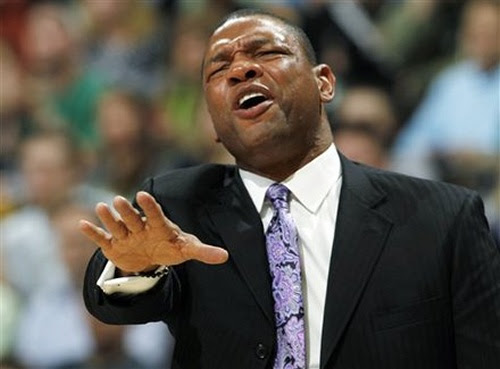 Caption This!
What's up, Doc? 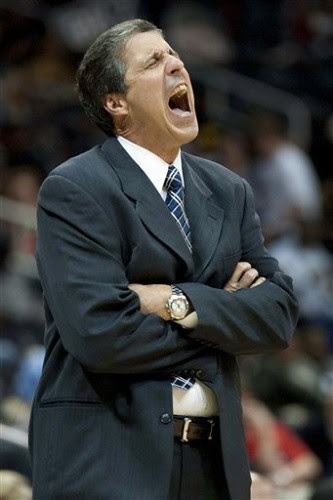 Uh oh! Looks like Randy Wittman had Missouri or Duke going all the way in his brackets 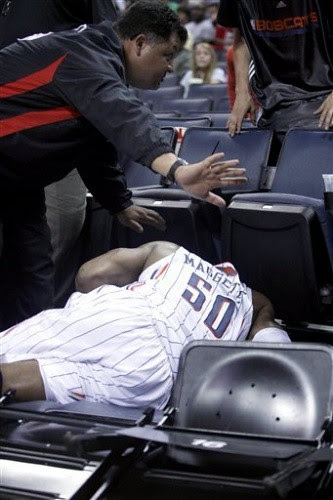 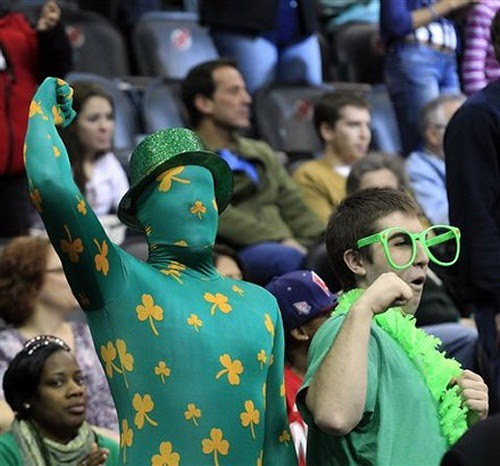 "Man, I love getting drunk and acting like a fool for St Patrick's Day!"
"Wait, today's a special day?"

Bulls at Magic, TNT, 8:00pm: The Derrick Rose list of injuries is starting to get kind of ridiculous. And frustrating. All right, fess up, who's got the D-Rose voodoo doll???

Mavericks at Nuggets, TNT, 10:30pm: The Mavericks are on their longest road losing streak since 1999. Has it really been THAT long since they won the championship?

76ers at Bobcraps, 7:00pm: Charlotte has won two of their last four. Look out, NBA! They're RED HOT! (Hey, when you stink like a tire fire at a landfill, winning two out of four is like winning a playoff series.)

Celtics at Hawks, 7:30pm: The Celtics got curbstomped by Suckramento Friday. Is this road trip over with yet?

Cavaliers at Nyets, 7:30pm: The Nyets are 5-16 at home, but 10-15 on the road. Maybe they should start sleeping in hotels even when they're at home to trick themselves into playing better?

Timberwolves at Warriors, 10:30pm: My finger slipped when I was typing this and I somehow typed Gwarriors. I don't know about you, but I bet Golden State would be a lot more interesting if they were, in fact, a team composed of members of the band Gwar. Or at least there would be considerably more urine-flinging.

chris said...
I seriously hope there is coverage of the Warriors' boofest. Just because of how much Twitter sanctimoniousness it created!!!
3/20/2012 12:46 AM

Caption:
Doc saying "No problem yo! They are the Hawks", after Pierce and Rondo combined 8/28 shooting.

senormedia said...
Gwar on Bawful and Gwar on the Dan Patrick show in the same week?

Wormboy said...
Manta Ellis: A conscienceless gunner who wrecked his ankle in a moped accident. Numbers haven't been the same yet.