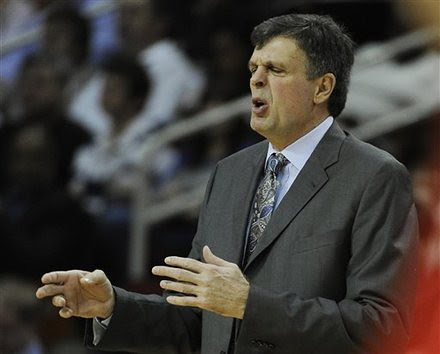 Kevin must have just looked at himself in a mirror

Important reading: Jonathan Abrams' "An oral history of the Malice in the Palace."


"Bill Laimbeer didn't seem to be particularly bothered by it. He was kind of nonplussed by the whole thing." 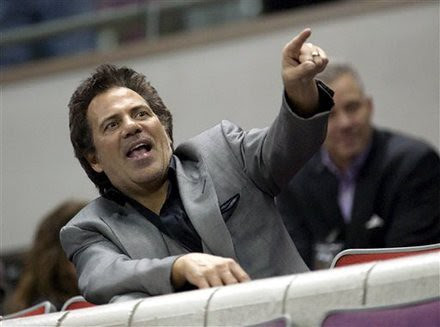 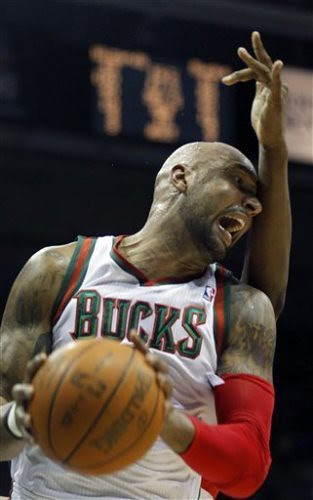 Well, how would YOU react if you suddenly grew a third arm? 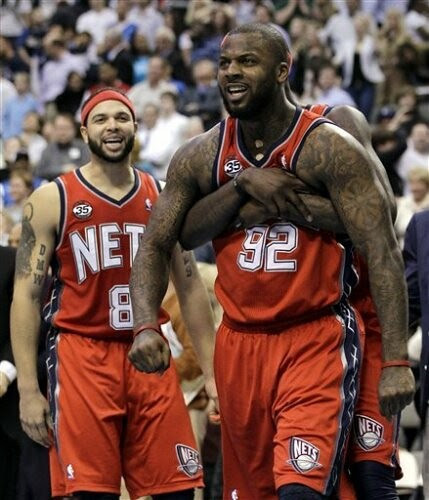 Free piggyback rides with every victory! 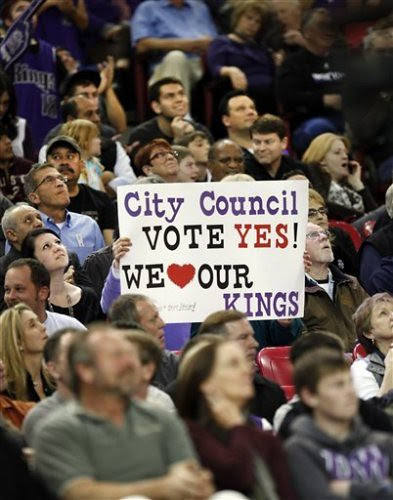 Here We Stay! (sorry, I should have posted this under Best of the Night...)


Bulls at Spurs, ESPN, 9:00pm: Derrick Rose has apologized for letting down the fans and missing a free throw Tuesday night and killing Free Big Mac Excitement. Yes, this actually happened. No, this is not satire from The Onion.

Thunder at 76ers, 7:00pm: The last time the Sixers played, they held the Pistons to 31.6% shooting. Pretty sure the Thunder could shoot better than that playing with those tiny ass rims they use at carnival basketball games to keep you from winning stuffed animals.

Warriors at Hawks, 7:30pm: After getting pummeled Tuesday night, Mark Jackson had this to say about his Warriors: "This is not our brand of basketball." Okay then. So what IS their brand of basketball? Are they some generic knockoff brand? Are they the basketball equivalent of someone buying you a Rolecks watch?

Bucks at Celtics, 7:30pm: Just look at all the similarities! Both teams ended long losing streaks in their most recent games. And both were won on last-minute plays. And both teams kind of suck.

Bobcraps at Pistons, 7:30pm: Mother of God. The only offense is in this game will be the way it offends viewers.

Craptors at Hornets, 8:00pm: Dwane Casey on his Toronto squad: "Basketball plays and basketball decisions have to get better." So in other words EVERYTHING has to get better. Duly noted, Coach.

Mavericks at Grizzlies, 8:00pm: Zach Randolph participated in the non-contact portion of the Grizzlies' Monday practice. Z-Bo!! Here's to hoping he comes back and entertains us again very soon.

Trail Blazers at Nuggets, 9:00pm: Portland recently signed Joel Przybilla for added depth at center. When the Vanilla Gorilla is an important signing, I am not sure what that says about your team.

Rockets at Jazz, 9:00pm: The Rockets are about to start a stretch where they play on the road 8 times in 11 games. They have only put up a 6-10 road record this year so far. Ruh roh.

Timberwolves at Lakers, 10:30pm: Kobe has a broken nose. I fully expect to see him try to play hero ball to prove it won't slow him down any.

mikeyb said...
I read that Grantland article today before work. It was pretty good insight into the thoughts behind the actions of the various parties involved. There were a couple of literally lol moments for me, one being the Bill Laimbeer quote from longtime Pistons' announcer George Blaha. Here is the full quote for those who don't want to skim the article:

"Blaha: Bill Laimbeer and I were broadcasting the game down by the Pistons bench. Everything happened on the other end of press row. And the reason I wasn't particularly shook up about it is because Bill Laimbeer didn't seem to be particularly bothered by it. He was kind of nonplussed by the whole thing."

"Rick Mahorn, who does radio, was in the center of press row and went up to make sure that the gals, one of our official scorekeepers, wasn't injured — and that one of our longtime statisticians, who is physically impaired a little bit, didn't get hurt. I saw Ricky taking care of business."

Mahorn (radio analyst, Pistons): "You do what you gotta do sometimes in life."

Wormboy said...
I fear that we may have another misuse of the word "nonplussed," probably one of the more abused "SAT words." The context here suggests that the writer intends it to mean "unimpressed." It's actual meaning is "surprised." It is so frequently misused that its wrong meaning, the actual opposite of its true meaning, is gaining ascendancy in the US. Go figure.

AK Dave said...
Wormboy: You are correct wrt "nonplussed." But when a word is used by enough people in a certain way, its meaning evolves. Lots of people use the word "nonplussed" to mean indifferent or unimpressed. Does that mean that they are all wrong? At a minimum, scholars are willing to concede that this new meaning is an "informal" US definition. In 20 years, who knows. Maybe the monks in robes who work for Webster will recognize it as an OFFICIAL meaning.


After reading the Grantland Article, I understand Artest's post-Lakers-Championship-apology a lot more. I either forgot or never considered the fact that his teammates risked their own personal safety and forfeited millions of dollars in salary in his defense. And Artest just said "fuck you, I want a trade." That's messed up. Frankly, viewed from that angle, I don't think I like Artest very much.
3/01/2012 10:28 AM

Anonymous said...
Whats happened to the worst of the night posts guys? seems like theres about one a month these days.