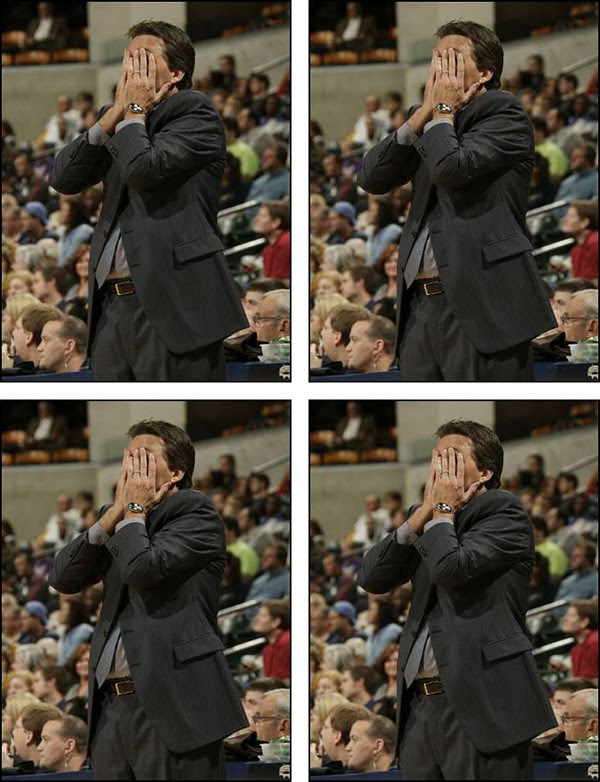 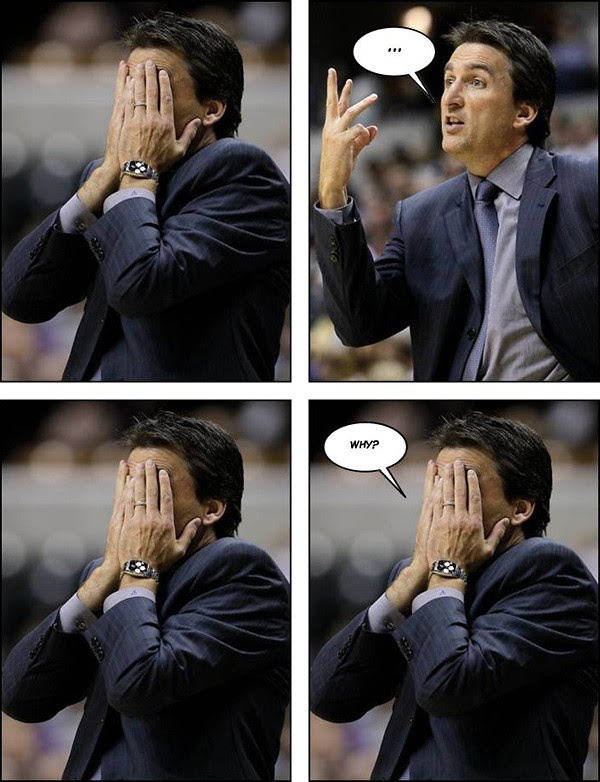 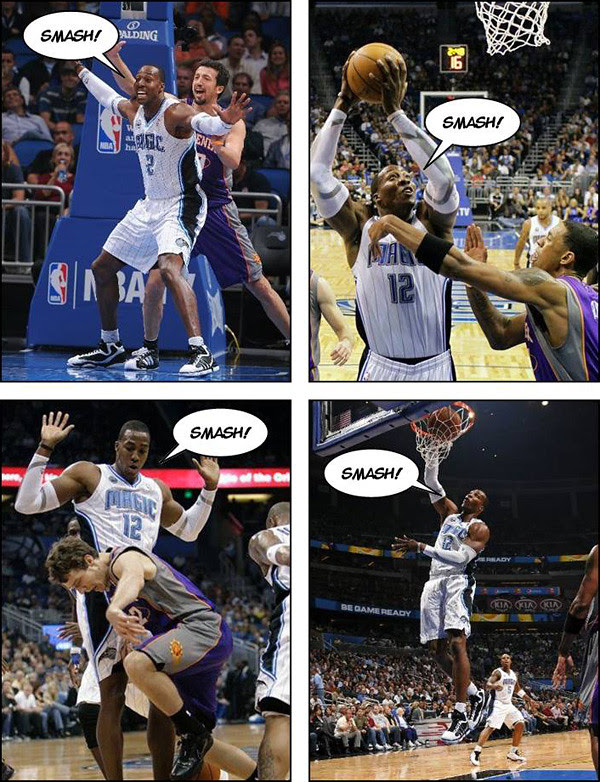 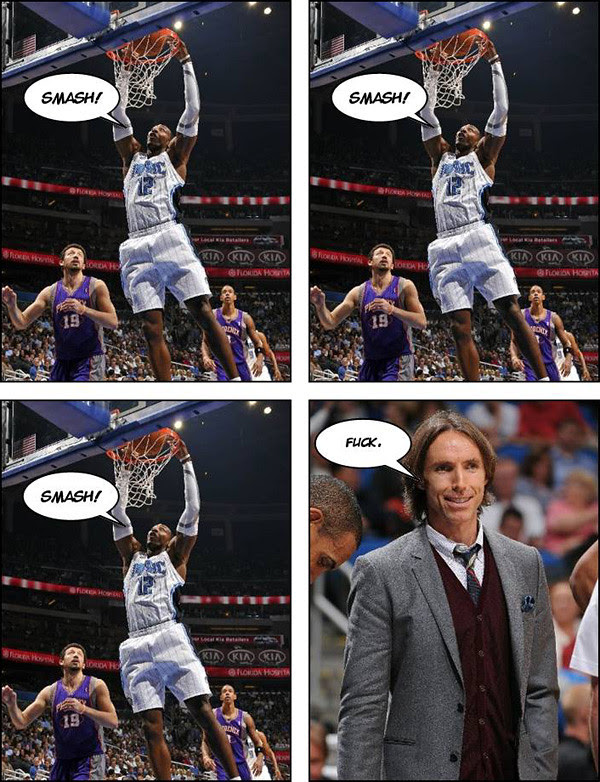 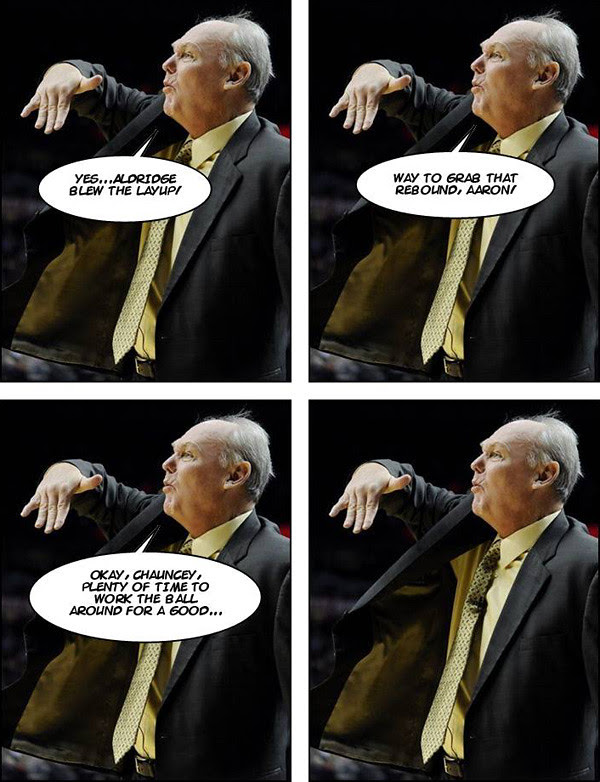 AK Dave said...
Steve Nash looks like he just hopped out of a time machine from 1877. I half expect him to pull out a monocle and scribe some calligraphy on a piece of parchment. He looks like Sigmund Freud from "Excellent Adventure".
11/19/2010 9:22 AM

also, not to be a nagger, but what happened with the pickup diaries?

To be completely honest, I just got totally burned out over the summer and couldn't finish them. Mind was willing, body was weak and all that. I will try to pick them up again (PUN!!) next offseason.

Steve Nash looks like he just hopped out of a time machine from 1877. I half expect him to pull out a monocle and scribe some calligraphy on a piece of parchment. He looks like Sigmund Freud from "Excellent Adventure".

AnacondaHL said...
Bawful, thanks for being kind with this brilliant post. This was the perfect way to present what crappy crap last nights' games were. But I can't let it go, as again, the score is not indicitive of the game and the Suns actually lost by 50 again.

Honestly, have you ever even seen a team start playing garbage time and associated rotations with 2:32 left... in the 1st quarter?!?! What the fuck was Grant Hill, Dudley, Warrick, Frye, Childress?! If this was a brilliant move by Gentry to say to Sarver "uh, btw, this is the misfit team of shit you gave me you dumbshit", then I guess that's okay. Did we really give 41 combined minutes to Earl Clark, Garret Siler, and Earl Barron? After Dragic tragically threw the ball to no one for a turnover early in the first, he kept driving to the basket, getting within 2 feet and no one between the hoop...and forcing the pass back to the corner 3 shooter rather than taking the easy layup. Goddamn just lay it in you asshole.

As well as Grant Hill played last night, and as great his comeback story is, he's killing the Suns. He doesn't trust his corner 3 shot, and it's killing the Suns's plays. His defense is sometimes the best, sometimes Frye-esque (possibly due to fatigue). His rebounding is sometimes relied on, which is a sad thing to say in the first place, but it's only moderatly less flaky than J-Rich's rebounding. He needs to sit for the greater good of the team, but the roster and lineup situation is near impossible for Gentry to solve anyways, both from a winning and PR media standpoint.

Sun Devil said...
The 2010-2011 perpetual wounded tiger machine that is the TrailBlazers have begun rollin...limping forward!

Czernobog said...
Anyways, the only thing missing from this post of course are sad-face pictures of Oden and Roy.

Onandonymous said...
Please correct me if I'm wrong -- I know the definitions change sometimes, but I think this is consistent with recent results.

LAJV vs. Indy:
DeAndre Jordan offset 5 rebounds and a block with 5 fouls, 1 turn and 7 bricks for a 6:5 Voskuhl.

Jarron Collins missed two shots and hacked twice for a +4.

Unknown said...
Well, looks like Nash won't be traded unless Colangelo wants an empty arena for the next five years. Some anonymous person said Nash for Lewis yesterday...because, you know, Phoenix is in short supply of 6'11" PFs who shoot threes and can't guard bigs.

This team is not good, not even playoff good, even with Nash. Take the Laker game when they had a historic 22 threes. You would expect them to blow out the Lakers, a la like the Pacers did when they hit 20/21 in one quarter. Instead, the Suns shoot that well, and the game still came down to the final minute. They were actually down most of the game, and it was a one possession game until the Odom technical. These aren't good signs.

Bakes said...
I heard a commentator yesterday mention that he saw someone on his Twitter feed say this little gem:

Cortez said...
"I've got good form and I have confidence in my shot,"
~Dwight Howard

Rainbow Bright said...
Is it just me or does The Notorious VDN resemble John Cusack in some photos? It would explain his rather poor coaching. >.>

I disagree with P-Town one injury away from being done. With all the injuries over the past couple of seasons, they'll shamble through to the playoffs like a Romero extra. Mainly because they've gotten used to the fact that the team is pretty much held together by Gorilla Glue, JB Weld and Duct Tape at this point.
11/19/2010 11:18 AM

Will said...
Onandonymous- Voskuhls are limited to big men, so no laction for Duhon. For a trillion you have to play at least 1 min whereas the Mario is anyone who plays under 1 min, so they can't coexist.
11/19/2010 11:24 AM

To be fair, Ol' Horsey was fouled. Really though, with the way Denver choked down the stretch and the way 'Melo seemed to be doing a live version of his Whitney Houston "I'm every person, it's all in meeeeee" tribute commercial, they deserved to lose to the Frailblazers.

'Melo just seemed disinterested half the time. I get that he's unhappy where he is for whatever his reasons are and he doesn't want to be there anymore, but he's just starting to edge into Lebron territory with his disinterest, at least in last night's game.

I felt bad for Karl on the sidelines though. He's not supposed to yell so he doesn't hurt his throat, but the poor guy must have been smothering a cauldron of rage as he watched Denver freeze. There were many times when the camera showed Karl doing his best VDN impression.

Really good to see Karl back and healthier though, no joke. Guy gets "5 Full Mugs" of respect on my "josh's arbitrary random noun esteem rating scale", or JARNERS (C).

Basketbawful said...
I was looking forward to Bawful slamming Chauncey Billups for shooting a 30 foot shot down 3 with 10 seconds left. Any room for the George Karl "he fouled him" picture?

You know what's crazy about all of this? Guys like Rashard Lewis, Childress, Warrick, Amare and all of the other 6-9/10ish big men who are athletic seem to grow on trees these days... and nobody needs them because they are pussies who can't rebound or play defense and fizzle when it matters.

Unknown said...
@Rainbow Bright, Yeah, I was a little over the top in my assignment of Portland being an injury away from being done. I meant to say that they are an injury away from competing for the 8-seed, with Phoenix, Denver, and maybe Golden State. I have them as a solid 7-seed today.
11/19/2010 12:07 PM

kazam92 said...
Anaconda. About Grant Hill I agree. He should be lauded for durability but he shouldn't be starting. Move Hedo back to his natural SF and start Warrick who is literally Stoudamire Lite. Freak Athlete, mid range jumper, no D, spotty rebounding
11/19/2010 12:58 PM

Onandonymous said...
Aw man, I thought Voskuhls applied to big men only...but then I looked at yesterday's lacktion and somehow saw Earl Barron as a guard. My bad.

Dahntay Jones comes off the report, too, but I guess we have to add a Voskuhl for Collins. (2:0)

Unknown said...
Since there are a bevy of videogame players here, I found some videogawful:

Evan said...
Poor Vinny, he tries so hard but his team can never close out in the 4th quarter.

Geert said...
Yeah, I thought it looked like he got lost on his way to a steampunk convention.

You know, it wouldn't surprise me if Nash went to a steampunk convention.