Golden State is just full of morale
Have you ever wondered what Stan Van Gundy would look like without a mustache? Or with mutton chops? Here's your opportunity: The Interactive Stan Van Gundy Makeover. (Thanks Basketbawful reader Big Aaron)

Seriously, that link is a must-click. Go check it out. It's bound to be more fun than 99% of tonight's games.

In news that should be shocking to absolutely nobody that reads this blog, Isaiah Rider is a damn trainwreck and has been arrested again. For some reason, he thought it would be a good idea to kidnap his one-month-old son Isaiah Rider IV. For those keeping score at home, this is the fourth time this month that Rider has been in trouble with the law. I would detail his other run-ins with Johnny Law, but I don't feel like wearing out my keyboard.

Also, some tidbits from this story:
1) The Lakers are so bored that DJ Mbenga convinced Ron Artest he wasn't crazy enough and needed to dye his hair blond.
2) Lamar Odom wants to grow a playoff beard and also dye it blond.
3) Phil Jackson is already working the refs and trying to play mind games with Kevin Durant.

With all that's going on with the Bulls and VDN right now, do I really need to caption this?

Aren't you glad Nellie's going to be back next year?
Nationally Televised Games:
Grizzlies at Thunder: We have eleven games starting tonight at 8pm. And this is the one ESPN is airing? Could be worse, I suppose. At least it isn't a Pacers-Bullets game or something.

Suns at Jazz: So what's been the secret to the Suns' success this year? Take a look:


All The Other Games:
Crabs at Hawks: The Hawks know the Crabs won't give a crap about this game and LeBron will be resting again. Maybe the Hawks will repay the favor by showing some southern hospitality and take the Crabs to this place. Now that's my kind of restaurant.

Spurs at Mavericks: Ooh, a potential first round preview game. If the Mavs win, the Spurs will be dropped to the #7 seed.

Hornets at Rockets: The last time the Rockets played, we got to see a classic revenge game from Kevin Martin. In this game, however, we have absolutely nothing to look forward to.

Bucks at Celtics: The last game between these teams was intense like a playoff game. And it's possible that these teams will face each other in the first round if the Heat lose tonight to help the Bucks get the #5 seed...

Nyets at Heat: ...Yeah. So much for that #5 seed, Milwaukee. Have fun playing the Hawks in the first round!

76ers at Magic: A victory here and the Magic will lock up home court advantage if they have an NBA Finals rematch against the Lakers. Nice to know at least one team has some reason to show up for this game.

Pacers at Bullets: Oh, damn it all. What a horrible game. (For perspective, I believe it won't even be televised!) On behalf of another Washington team: 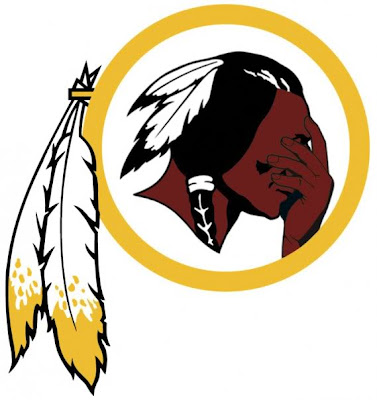 Bricks at Craptors: The Craptors can still get into the postseason with a win here and a Bulls loss tonight. Bosh is out, and Weems is a game-time decision. However, their opponent is STILL the Bricks, so hold your heads up guys! There's still a chance you'll get to lose another four games in a row before you get to call it a season.

Bulls at Bobcats: Well, the Bobcats may have nothing to play for, but coach Larry Brown isn't going to give the Bulls a free pass: "It will be a meaningful game for Chicago, so we're going to have to go out and try to win. It wouldn't be right just to go out and play." I have to admit, I kind of respect that.

Lakers at Clippers: Well, if there's ever been a chance for the Clippers to build some momentum, this has to be it. Then again, considering the Clippers and they are who we thought they were, they'll probably go and do something Clippery and lose this game by 30 points or something.

Warriors at Frail Blazers: If you're trying to lock up the #6 seed, the Warriors HAS to be on your short list of desired opponents, right?

Anonymous said...
Lacktator supreme Mario West is in the starting lineup tonight against the Crabs in Atl.
4/14/2010 7:20 PM

Anonymous said...
In ESPN's defense of the airing of the Grizzlies-Thunder game, Seattle's Massive Monkees are the half time show and they'll probably put on a better show than the Grizz. A little irony that they're also from Seattle, like the Sonics. Wait. Former Sonics. Yeah.
4/14/2010 7:36 PM

Pete Elliott said...
Mike Tirico just implied that Zach Randolph was any sort of defensive stalwart by saying "the shot was altered by the presence of Zach Randolph."

Anonymous said...
And, after seeing Seattle's Massive Monkees perform during halftime, Clay Bennett announced the Massive Monkees are NOT, I repeat NOT, relocating to Oklahoma City.

This just in: the Massive Monkees will be leaving Seattle after 10+ years and relocating to OKC, and renaming themselves Large Lightning.
4/14/2010 8:38 PM

Benny Profane said...
I'm in my fantasy basketball finals and I'm having a heart attack every time it looks like Scott Brooks is going to take out Kevin Durant.
4/14/2010 8:49 PM

Unknown said...
Super Mario just threw down on Jamario Moon. Is there a tall building in Atlanta that Jamario can throw himself off of after this game?
4/14/2010 8:49 PM

Unknown said...
Me too Benny...and Danny fucking Granger is going to lose me the FG% category and a shot at tying it on the final day.

In other news, the Bucks bench scored 69 (teehee) points - more than the Celtics' starting five (duds+Rondo) managed. Hell, even Scalabrine had a better percentage from downtown than Sheed did.
4/14/2010 9:25 PM

Anonymous said...
Heat and Nets are currently in DOUBLE OVERTIME. The Heat are trying to tank this game but the Nets absolutely refuse to let them lose.
4/14/2010 9:56 PM

AnacondaHL said...
86 points in a 2OT loss has to be some sort of record, right?

Thanks for nothing anyways, Nets.

Anonymous said...
some crazy ish going in portland-with 3 minutes left Davean George just fouled out and Nellie has no one healthy to sub in. So Chris Hunter is out there limping around on one leg. and now he's having turiaf intentionally foul and taking him out, I'm pretty sure Nelson is just straight-up drunk. It's taking forever and it's just sort of pathetic. Fitting end to the warriors season.
4/14/2010 11:50 PM

Anonymous said...
Way to go into the finals strong LA, with a farkin loss to the Other LA Team.

The Weekly Gazelle said...
I love the yahoo boxscore with ex-Celtic lactator Bill Walker as NY's top performer, still clearly in his Celtic green. I am going to miss the Knicks for the next few months. A fitting end to their season. Here's to one more year of Bawfulness for a 10th straight losing season!
http://sports.yahoo.com/nba/boxscore?gid=2010041428
4/15/2010 4:19 AM

In J.A. Adende recent column on who's got the hot hand Adande has managed to rise to a level no NBA columnist has gone before in awfully-stupid-conclusion-based-on-absurd-meaningless-stat.

"But there's a number that's in their favor. While working on last year's look at the book "Outliers" and the Boston Celtics I found that first-time championship units over the past 20 years had an average age of 28.1 for their top six players. The 2009 Nuggets checked in at 28.2 -- and they wound up posing a serious threat to the Lakers in the Western Conference finals.

A year later, with primarily the same squad, the Nuggets top six's average age actually dipped, to 27.5, thanks to 24-year-old Arron Afflalo getting minutes. They're the closest to 28.1 ... narrowly ahead of the Magic at 28.8."

Because getting the Nuggets avarage closer to that of first time championships is gong to get them over the "hump".
4/15/2010 6:25 AM

Anonymous said...
Quote from ESPN's game recap...Its Phil Jackson on their loss to the Clippers.

"He also wasn't happy with how the Lakers played in the second half.

'We really pooped our pants and looked it out there,' he said."