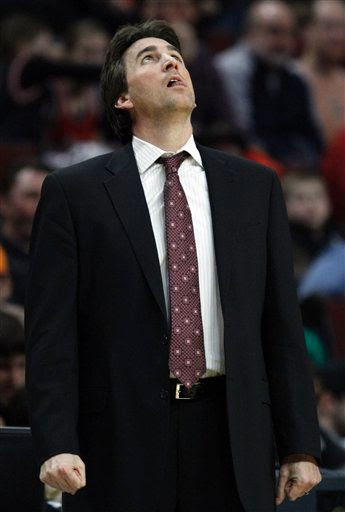 VDN admires our new banner
Well, it's going to be tough to follow up our last BAD post. You know, the one where Gary Coleman went upside Scottie Pippen's head with a phone. But Scottie Pippen is here to entertain us again! He showed up last night on The Cleveland Show, and helped sing a song full of double entendres. It's not a midget beatdown, but it'll have to do.

In important, life-changing news, you get to vote on who will be on each team in the new NBA Jam game! The catch? You can only vote for the players on the Kings, Clippers, and Thunder. Good thing they didn't include the Rockets -- Chinese ballot stuffing for Yao and Knee-Mac would crash the servers.

Coming up later this week: another bawful NBA 2K10 update with huge news. And pictures and video! Oh, yes. 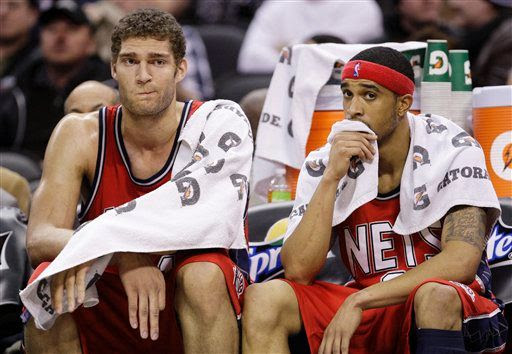 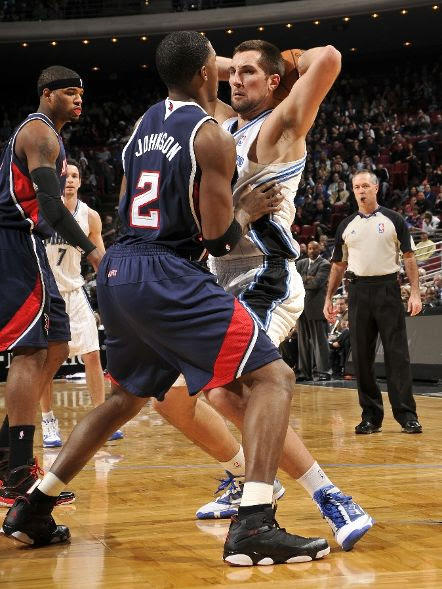 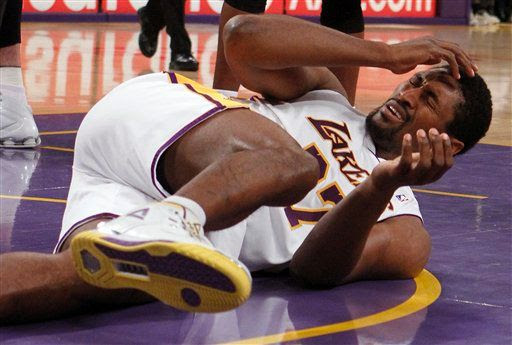 Did Ron-Ron find some stairs in the middle of the Staples Center?

Nationally Televised Games:
Hawks at Celtics: The Celtics had a 29 point outing from Sheed, and a triple double from Rondo... and only beat the Raptors by 7 points. And Atlanta whupped them just a few days ago. I bet the training staff at this point has someone staring at KG's knee 24/7 to make sure it's healing okay.

All The Other Games:
Raptors at Pacers: Toronto is at .500, has won eight of 10, and their most recent loss was a fairly close game against the Celtics. I am officially confused. The good news? It's Toronto, so I just really don't care.

Hornets at 76ers: The Hornets have won six straight games... by five points or less. This held true even against the decidely horrible Nyets and Bullets. So yes, the Sixers could somehow manage to win this game.

Pistons at Bulls: The Pistons have lost a dozen straight games. You can try to blame some of that on a litany of injuries, but the Frail Blazers will tell you to kiss their ass. I'll just blame it on the fact that the Pistons suck. Good? Good.

Knicks at Thunder: Defense has been somehow shown up in Mike D'Antoni's gameplan the past few games. Thank God Kevin Durant will drop 30+ on them and restore some sense of normalcy.

Timberpoops at Nuggets: Again, injuries are a story. It's good for them that beating Minnesota is like beating up Glass Joe.

Bucks at Suns: You know, if Phoenix could ever learn how to hold onto a damn lead and play just a little defense, they'd be a great team. But, alas.

Heat at Jazz: Both of these teams are so very, very Jekyll-and-Hyde-ish that even the refs wouldn't bet money on this game. As far as you know.

Crabs at Warriors: The Warriors could surprise us a little here. The Crustaceans are a little tired, and the Warriors, who love playing up-tempo, are well rested. They'll still lose, of course, but they'll at least make it kinda close.

kazam92 said...
Last time the heat and jazz played this yr, the heat won in a very Hyde-like 80-70 final score

AnacondaHL said...
Okay that's it. I'm officially sick of the "Jekyll and Hyde" analogy for teams. The Suns used it for themselves, the Heat, the everyone. There's too many writers using it far too much, beyond the NBA, NFL, etc. as an excuse for their team. It's a stupid analogy because one is smart and awesome, and one is a raging badass, which does not accurately describe these teams.

I vote we here at Basketbawful switch to something else, such as the "bipolar girlfriend" analogy. Here, there is a clear-cut good and bad insinuation, and we can feel like we're all counter-culture and shit.
1/11/2010 7:54 PM

Denis said...
Mario West is back!

Unknown said...
Did anyone else catch Tommy Heinsohn yelling "Somebody Stroke Me Please!" after the flagrant foul.

Dan B. said...
AnacondaHL -- Bipolar girlfriend... I like it. I guess in the case of a team like the Jazz, she's not very sexy, but she's deceptively good in the sack, and with the Heat she's fine as hell, but kind of a crappy lay. But either way she will crush your soul and drive you insane because she's insane, and you never know which Bipolar Girlfriend will show up. It's perfect.

John -- Heinsohn is completely off his rocker. He should be on every single NBA telecast alongside Bill Walton, with Marv Albert doing the main play-by-play. Can you think of anything in the world more entertaining?
1/11/2010 10:45 PM

chris said...
AnacondaHL/Dan B.: How about we name said "bipolar significant other?" Who'd be a famous example?

Denis: OH. Bawful readers, put your power gloves on, THE Mario West is back to unclog your drain!!!!!!!!!!!

(or maybe clog The Drain in Miami)

Unknown said...
Dan B.- Insanity is a lot more entertaining when it's not directly opposed to your rooting interests. I still can't stand Walton from the Shaq-Kobe years.

JVG is my favorite, less insane, though more genuinely insulting.

Heinsohn was ragging on Crawford's defense all night. Rough paraphrase:

Crawford couldn't guard... if he had a rifle... it's just his defense... he couldn't be one of those guys... you know.. guarding, just standing there... Buckingham Palace... if they gave him a gun... that's how bad his defense is.

chris said...
I seriously think that January 11th, 2010 needs to be memorialized as the RETURN of video game powerups to the Association, where they belong!!!!!!

(Somehow, I think we're more excited about this than the real Mario West is, knowing that he has ten days to provide good luck in lacktion or else return to complete obscurity in, um, Tulsa? Reno?)
1/11/2010 11:04 PM

Andre Blatche storms out of practice,heads immediately for Randy Foyes locker and sprays himself down with his cologne and is promptly suspended, leaving the Bullets with a starting point guard of...Earl Boykins, Good times D.C.!
1/11/2010 11:37 PM

Balu said...
If i look at the results, you were right on the money for all games (if you would've cared for the raptors)

Atlanta whupped again.
Somehow, the Sixers won the game by five points or less (four in this case)
The pistons suck, lose by 33
Durant has 30, restores normalcy, Thunder strikes.
Glass Joe got beaten up.
Phx played just a little defense, almost hold onto a damn lead - though the Bucks shortly led 88-87 after falling behind by as many as 24 points.
As far as we know better, the Jazz home games are a sure bet for the officials. Utah is allowed to play piledriving defense at home and more than doubled up the Heat [pause] in Points in the Pain[t] with 58-24.
The rested Warriors played uptempo, made it kinda close and still lost.

BW in Cleveland said...
Dan - Excellent take on the Crabs-Warriors game. Ended up just like you called, too close than it should have been for my Cavs. How about Bron actually demanding the ball in the post? 37 pts, 8 boards, 11 assists, and some badass defense. The best part of the game was the last offensive "possession" Don Nelson drew up. Can we all agree that the last 5 seconds of the game has to be a WotN nomination? Cavs up 3, 5 seconds left, Monta tries to call a timeout and Nelson waves it of. Monta is forced to rush up court and pass to an unsuspecting Curry. Heave. Airball. Fail.
1/12/2010 7:20 AM

Kcan said...
im hoping the paupers and Reke beat the shit out of Magic, considering this'll be the only game of Sacto to be broadcasted in Turkey till February.
1/12/2010 10:09 AM

Anonymous said...
I posted this on the wrong comments page