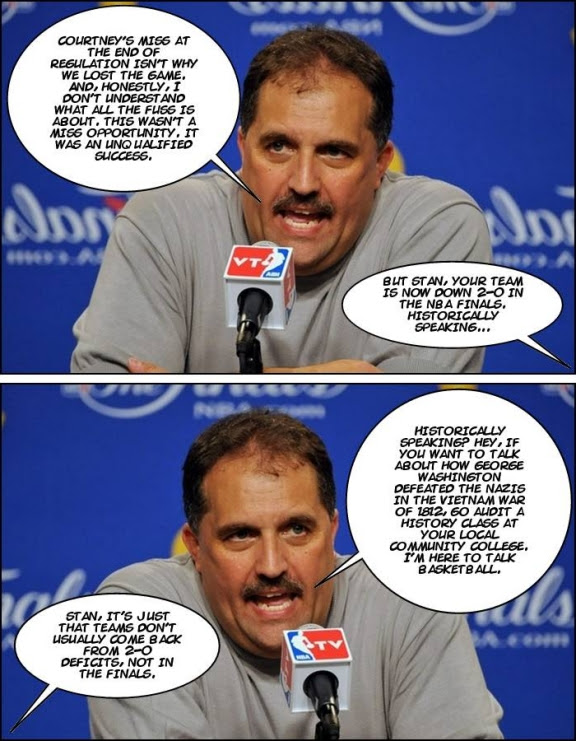 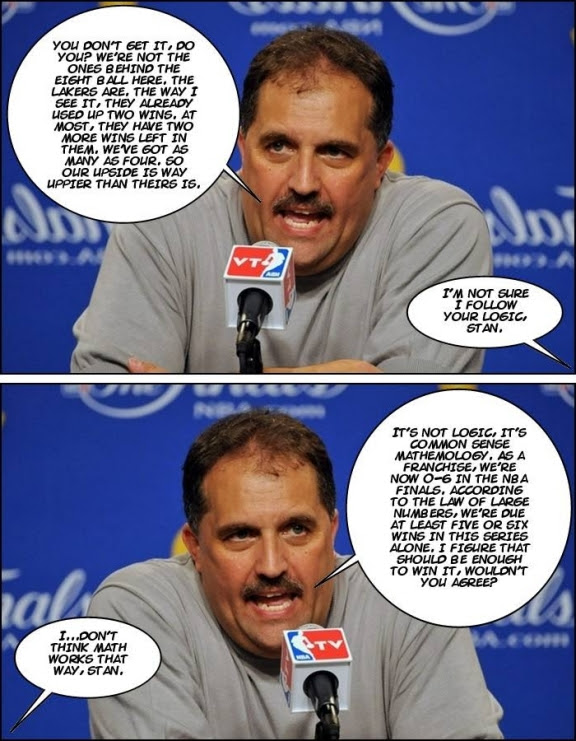 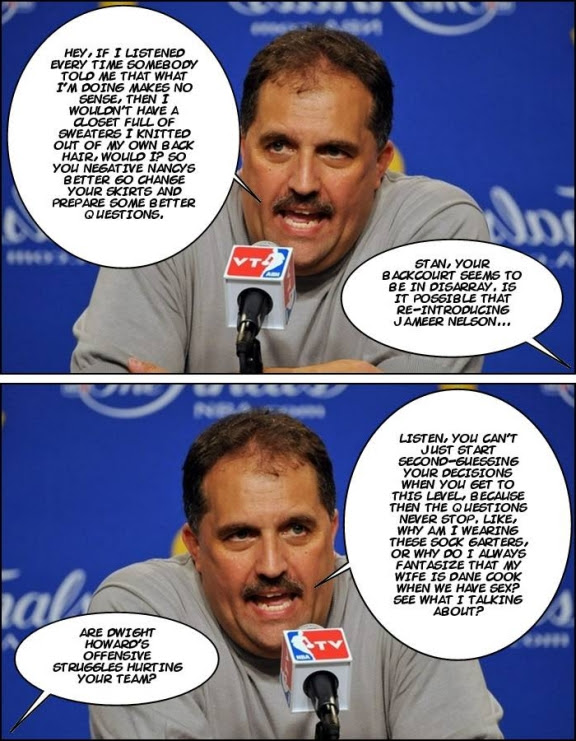 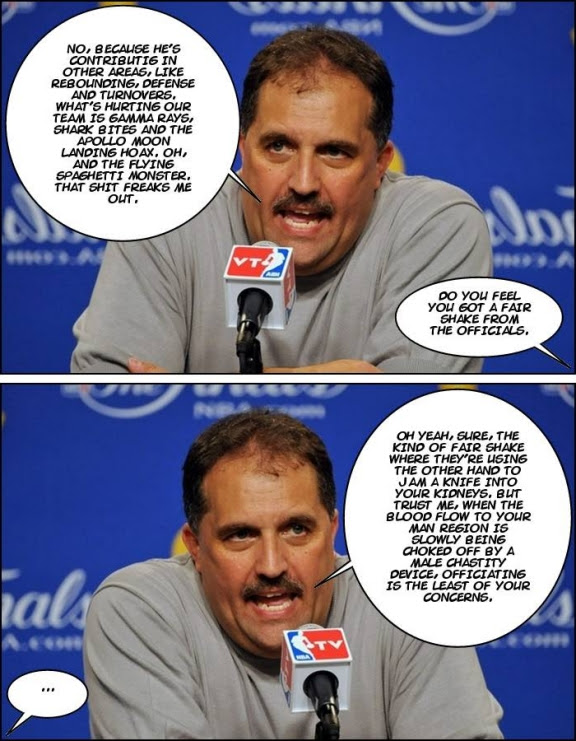 Will said...
It's about time you referenced the Flying Spaghetti Monster. Pastafarians everywhere rejoice!
6/08/2009 9:50 AM

Axel Foley said...
This is the type of logic i use when i purposely get into an argument that is unwinnable usually do to how rediculous my stance on the argument is in the first place. The unqualified success part was just awesome im using that asap.
6/08/2009 9:55 AM

Nick Flynt said...
I don't blame Lee for the missed layup. It was a nearly impossible angle to hit above 50 percent from. He's a professional, he should have made it, but it certainly isn't automatic, so I say give him a pass.
6/08/2009 10:06 AM

Wild Yams said...
I bet you Lee could have hit that shot if A) he wasn't wearing a facemask and B) he wasn't named Courtney.

I don't know what to make of this series right now. Was that a good game from the Magic? I can't tell. Did either team play well? Did both teams?

Andrew Bynum fouled me while I was typing this.

Were you channeling the spirit of Van Gundy's inner speech writer?

There was probably sweat in his eyes because his (dumb-ass) headband is...

ON TOP OF THE FUCKING MASK!!!!

Silly son-of-a-bitch. Either take that dumb-ass mask off or ditch the head band.

...or pay Richard Hamilton some royalties.

"Andrew Bynum fouled me while I was typing this."

Well then, that would probably be the first actual foul he committed in a week. Good for him.

The refs are screwing him big time.

"I don't know what to make of this series right now."

#1 The Lakers like to coast on pure basketball skill. When consistent winning takes skill and effort.

#3 Bottom line is that when it comes down to it the Magic have no options to *ahem* "slow down" Bryant (if you don't count J.J. Redick this is! *SMH*).

So, the "best closer in basketball" is going to get whatever he wants anytime while, on top of that, being surrounded on the court by great (however flaky at times) skill players.

The Magic, on the other hand, despite whatever advantage they may have individually (e.g. Ariza vs. Hedo) Hedo never knows what he is going to be called upon to do game to game.

Only if they allowed post season trades they could swing a deal for Dahanty Jones. He's a stopper!

"Was that a good game from the Magic? I can't tell. Did either team play well? Did both teams?"

Nope. They can play better. the problem is that. The Lakers can too. Advantage: Lakers.

Anonymous said...
Dudes! (And dudettes) After you read it, poop your pants with hilarity, and change, go back. Scroll up and down quickly. The animations are awesome. You can almost HEAR him talking as he wags his noggin back and forth.

Axel Foley said...
Rip wasn't the first to wear the face mask he's not even the first Piston to do it.

Wild Yams said...
Cortez - Bynum is getting screwed a bit by the refs (what did the refs see when they called him for his first foul yesterday?), but some of his fouls have definitely been legit.
6/08/2009 12:39 PM

AK Dave said...
Cortez said: "Only if they allowed post season trades they could swing a deal for Dahanty Jones. He's a stopper! "

Dahntay Jones was too busy stopping meteorites from destroying the Earth and hunting rhinos and tigers with a cutlass and a gladiator net to stop Bryant in the last series.

I was going to write more, but Dahntay Jones D-ed up my keyboard and I couldn't get off a paragraph.

Also- since Dahntay IS a stopper (and we know he is!), shouldn't be be on the pitch in between the sweeper and center midfielder?