My name's not Pip and I don't have any "great expectations" per se...but if you'd like to be my mysterious benefactor, then this post is for you. Somebody is selling two courtside tickets to the Celtics-Lakers game on Christmas day for a mere $8,500! That's a pretty small price to pay for my holiday happiness, don't you think? So small, in fact, that you should probably go ahead and throw in air fare, the cost of a reasonably swanky hotel, and some walking around money. Thanks in advance. And no, you cannot have the extra ticket.

Now, I admit, I'm a wee bit skeptical, especially since the item description box says the tickets are for the Rose Bowl. But how can I possibly NOT trust an eBay listing that provides the following rock-solid proof of authenticity: 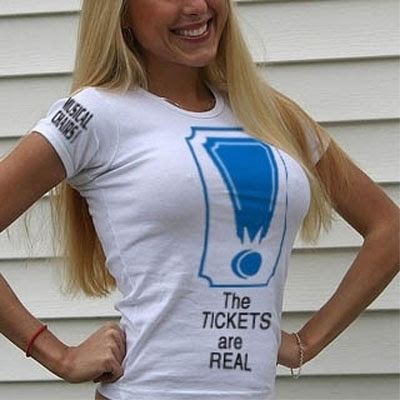 Oh, well if your boobs say the tickets are real...
The best part of this auction, though, is the seller's pitch: "Sit like Jack [Nicholson]...on the wood!" Wow. I didn't think Jack swung that way...he seemed so homophobic in As Good As It Gets.

Now, don't think I'm not sensitive to the finanacial woes you might be suffering in this lagging economy. So if you can't affort the 10K or so I'll need for the game, you can go ahead and get me this Glen "Big Baby" Davis jersey, which is only $550. It's classified as game worn/used even though he only wore it to a photo shoot. But whatever. At least the seller guarantees that it was the jersey he was wearing when this photo of him eating a basketball was taken. 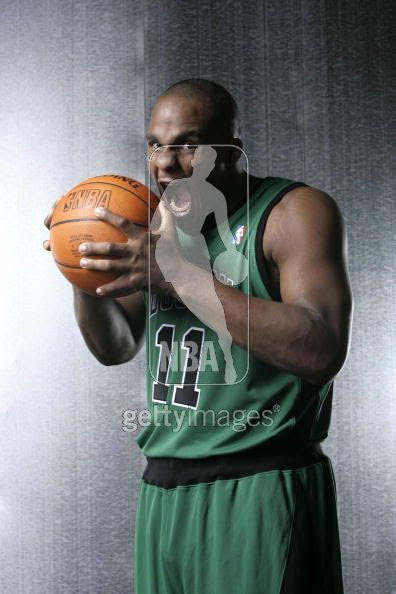 For Big Baby, even having a picture taken is hungry work.

starang said...
I had my credit card ready for you...But the auction ended before I could buy your love.

Raymond Blitzfucker said...
"Your tickets will be delivered Fed Ex Overnight on or before December 30th.. Our tickets are 100% Guaranteed!"

Anonymous said...
HAHAH you GOTTA make a post about this.