Pau Gasol may look like a mildly retarded hillbilly who should be featured in a deleted scene from Deliverance, but these NBA Finals have taught us that everybody loves themselves a little Spanish Marshmallow. To wit: Here are Pau and James Posey reenacting their favorite scene from Big Black Men, Broken White Boys Part 37. (Please note that both actors were at least 18 years of age at the time of filming. As far as you know. And no farm animals were harmed during production. Also as far as you know.) 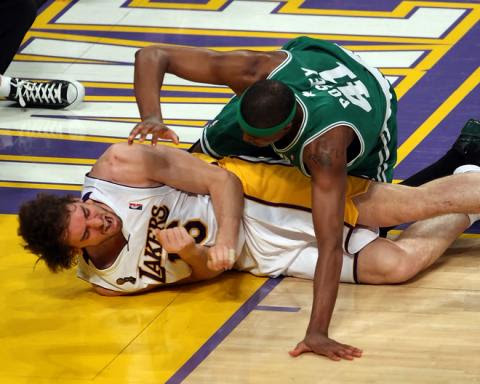 In a later scene from that same movie, Pau recieves an "unhappy ending" from Paul Pierce, who was apparently wearing a latex glove coated in barbed wire, thumb tacks and little biting piranhas. And that can't feel good. 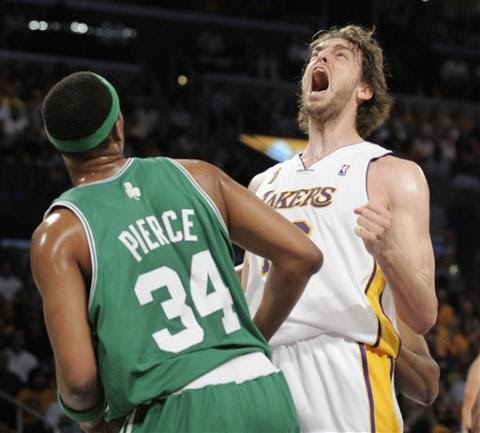 Then, in the film's gripping climax, Pau finds comfort where it had been waiting for him -- warm and wet -- all along: In the arms of his superstar teammate. Does Kobe finally "pass" Pau "the ball"? You'll have to watch and find out for yourself. 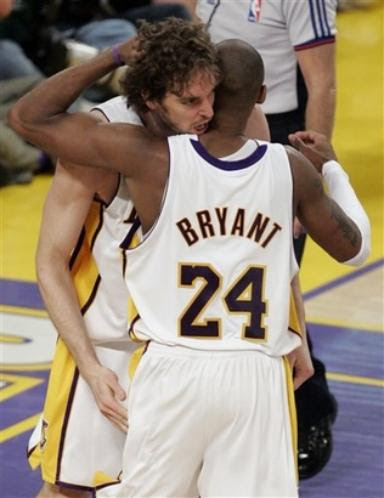 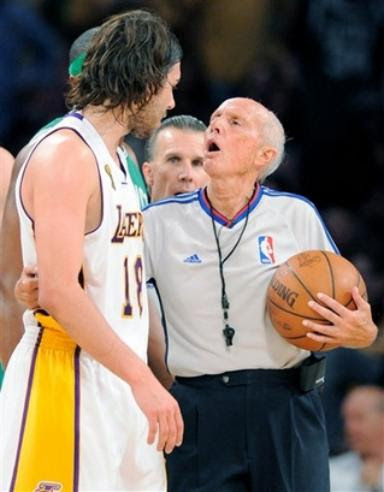 Today's man love casserole was served up fresh and hot by Basketbawful readers charles and karl.

anne said...
lol, Sasha is known to provide a little "senior care" every now and then.

Although, now that I look at those pictures, I'm pretty sure that is Dick Bavetta in drag. Still, I can't believe you missed these three man-lovetastic photos with Sasha.