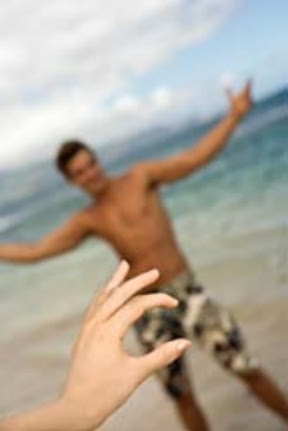 man region (man re'-juhn) noun. The male genital area, consisting of a penis, scrotum, and (in most cases) two testicles.

Usage example: Nothing hurts quite like getting hit in the man region.

Word History: Beefy McManstick. Fandangled Mandangler. Longrod Von Hugenstein. Rodzilla. The Schlongmaster 2000. Zamboni Baloney. So many ways to refer to a man's Love Truncheon, so few of which can be used on national television. Broadcasters usually just say something insufferably lame like "he had the wind knocked out of him" or "he's shaken up." But now, thanks to the legendary Reggie Miller, we have a real option.

On January 31, 2008 -- also known as "last Thursday" -- Miller coined the phrase during the third quarter of the Suns' 84-81 loss to the Spurs. After Manu Ginobili dropped Raja Bell with a cruel nutshot, Miller said: "It looks like it's an inadvertent...inadvertent shot...to the man...region." Marv Albert quickly jumped in and tried to amend Reggie's totally sweet new term to the much more boring "groin area." Go ahead and listen to the exchange. It will make your dad finally respect you. We promise.


Fan-tastic Extra: Since I love you all -- even the misguided Lakers fans -- here's a picture of Karl Malone postmarking a kick to Robert Horry's man region. The Mailman always delivered! 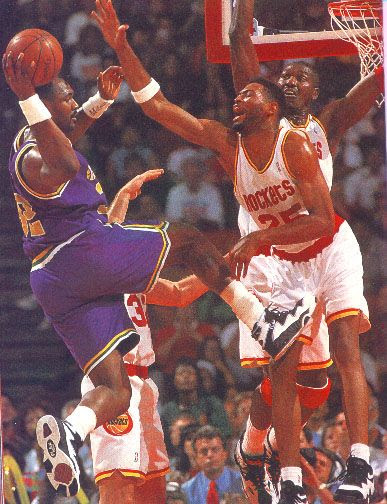 Another "clutch shot" for Robert Horry.

Unknown said...
I guess the Spurs have some sort of fixation with the Suns and their junk. It was no less than one year ago I was sitting in a sports bar, watching Steve Nash get drilled in the cawk by Bowen, followed by the announcers saying "Oh, looks like he was hit in the leg!"? THE LEG??? C'mon man, even the 80 year old blind guy who died in the back of the bar during half time could see it was a clear shot to the nads...
2/04/2008 1:30 PM