Friday, February 15, 2008
While you were wondering why the Celebrity All-Star Game even exists...
By Statbuster at 9:07 PM
5 comments 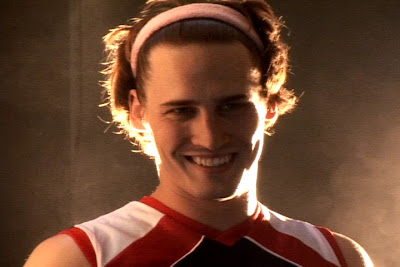 Gregg Popovich is still salty and bitter over the Pau Gasol freebie. Popob*tch says there should be a trade committee that could squash blatantly lopsided trades. I wonder what this committee would have said about the Spurs trading Luis Scola for Sylar from Heroes. Minus the ability to cut open skulls with his mind.

Who would've guessed that referee Bob Delaney was a complete badass?

David Stern shot down Dwight Howard's proposal to raise the rim to 12-feet for this weekend's Slam Dunk Contest. Still no word on Big Head Mode or whether three consecutive buckets will cause a player to burst into flames.

Stephon Marbury will miss the rest of the season with season-ending ankle surgery. The Knicks are 15 and 37. I wouldn't say he'll be missing it, Bob.

Latrell Sprewell is flat broke. I guess he really did have a family to feed.

A commercial for WNBA Live 2008. It's as awesome as it sounds.

Anonymous said...
Dwight Howard's turned into the carrot top of the dunk contest HAHAHAHAH sorry but those dunks weren't worthy of 50s

anne said...
Damn, I thought that Mike Miller had been traded to the WNBA after seeing that photo. Although that wouldn't be much worse than Memphis.
2/17/2008 12:36 PM

I got much respect for you so please take this criticism with perspective.

Your hatred of Kobe is becoming just silly. The dude has a torn ligament in his finger and has been told to get surgery by his doctors. Kobe says no because this season is too important to him. He is willing to play through the pay and risk gettiing injured further for his team. And then you turn around and criticize him for not playing more during the ASG. Are you kidding me?

When you don't have any good real reason to knock Kobe try leaving him out of your column. I mean, if Kobe shoot 3-25 then by all means have at it, but stop with the mindless hate.

That act is getting tired.