smother chicken (smuh'-thur chi'-kuhn) noun, pl. smother chickens. An authoritative blocked shot in which the defender's entire hand is used to halt the forward momentum of the basketball. Often results in an ego-ectomy.

Word History: First recorded usage was by Bill Walton during the 1985-86 season to describe a particularly vicious blocked shot. Walton claims the term originated in the late 1970s when he was a member of the Portland Trailblazers. 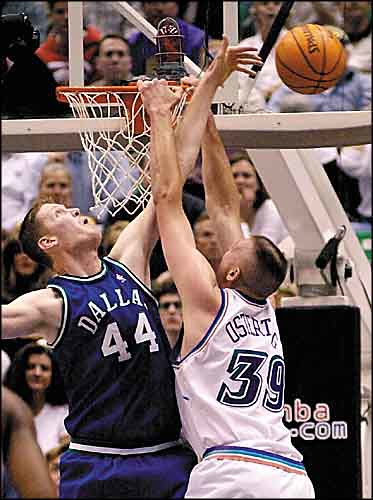 The smother chicken, followed by the ego-ectomy.