posterize (po'-stur-iz) verb. posterized, posterizing, posterizes. To embarrass someone during a basketball game by means of a spectacular move or well-executed play. Usually refers to when one player dunks the ball over the top or in front of another player, making the play so picturesque that it may appear on a poster. 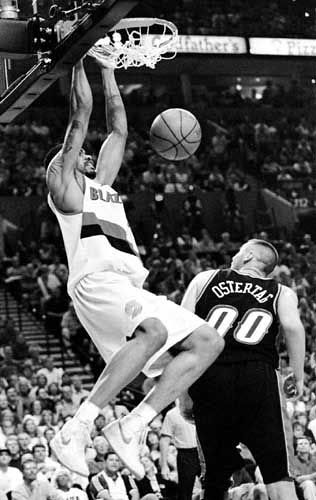 Welcome to the poster, Greg.
Usage Note: Some players, such as Greg Ostertag, may have their own versions of this feat. When someone is posterized by Ostertag, they are "Osterized." This typically is even more embarrassing than a typical posterization. 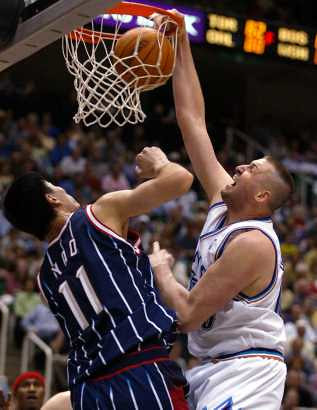 Nobody wants to be Osterized. Nobody.


I think it should be:

Word of the Day
Previous Posts
Revenge is best served cold. In Canada.
Word of the Day: Lovetron
Which basket are we shooting at, guys?
Shaq takes a bite out crime, donuts
Word of the Day: mustcanshoot
Dangerous Danny
A little Bird with your wine?
Dress like Manute
Word of the day: harmonism
The Impressive Answer for US Olympic Woes