Up until the last few days, the 2005-06 NBA season had been a career year for human beanbag Danny Fortson. The highlights include:

1. An arthritic toe that slowed him down and made him fat.

2. Hurt feelings due to criticism from an unnamed teammate.

3. Responding to said teammate by calling him a girl.

4. A lawsuit against Jerry Colangelo and journalist Peter Vecsey for "ruining" his life."

Unfortunately for Danny, the good times came to an end when he called NBA Vice-President of Operations Stu Jackson a "gangster" for just doing his job: fining and suspending the Sonics forward for his typical thuggish behavior.

Fortson's punishment was pretty pedestrian for a guy who got tossed from a game (double Ts for almost decapitating someone with a flying elbow, then complaining about the call, then complaining some more), charged the ref who ejected him, had to be restrained by teammates, and then made an "obscene gesture" as he was leaving the court. He got jacked up for about 200K, most of which was lost salary. True to his nature as a savage barbarian, Fortson wasted no time attacking Jackson in the press:

"What Stu Jackson just did is criminal as far as I'm concerned, like a gangster, like somebody strong-arming somebody, taking their money. It's criminal. He needs to know that. It's criminal fines in the work force."

I guess it's hard for the average, middle-class working stiff like myself to understand what Danny's going through. I'm pretty sure I'd get worse than a fine if I almost wacked a co-worker in the face, threatened our human resources director for saying anything about it, then flipped off my boss. I don't know. But here's a suggestion Danny: stop thugging people and mouthing off about it. If you do your best David Robinson impression for a full month or two and they keep suspending you, then fine, you're being harrassed. But until the blood dripping down your elbows has time to dry, you'll excuse my skepticism. 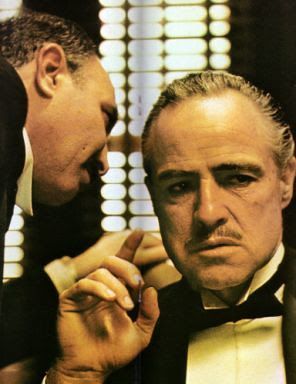 Word of the Day
Previous Posts
It ain't easy being Scalabrine
Christmas with the Butlers
Word of the Day: smother chicken
Grant Hill Furniture: breaking down in a store nea...
Jerome James should lay off the fatty foods
Quentin Richardson transformed into a cat
Word of the Day: fundamentivity
Von Wafer: delicious pastry or NBA rookie?
Word of the Day: ego-ectomy
Portland Trailblazer e-greeting cards!!