Tuesday, January 03, 2006
Quentin Richardson transformed into a cat
By Basketbawful at 1:17 PM
1 comments

Did you know that Quentin Richardson was engaged to singer/actress Brandy? Or that they broke up and then got back together again? Did you even care? Nah, me neither. Q became redundant about two seconds before he left Phoenix for the Knicks. Did I mention that his scoring average fell from 14.9 PPG last season to a measly 7.3 PPG this season? I guess I just did.

Since this story involves two of the least newsworthy celebrities ever, the only thing that makes the whole fiasco even remotely interesting is the fact that, before the breakup, Brandy got a tattoo of Q's head on her shoulder blade. When they broke up, she supposedly had it changed into a cat...although based on this picture I found, it looks more like a black, blobby starfish. 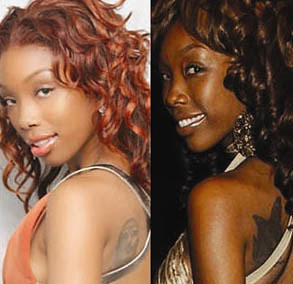 Before and...uhm...after.
So now that they're back together, what do you s'pose she'll do? Work the "cat" into a bigger, blobbier version of Q's head? And if they keep breaking up and getting back together, she's eventually going to run out of back, and the Q tat is going to start bumping up against the tattoo of Kobe she still has on her ass.

Speaking of which: Brandy started out dating Kobe Bryant and then ended up with Quentin Richardson. Ouch. That's like if Yoko Ono had broken up with John Lennon and then ended up dating Peter Tork from the Monkees. 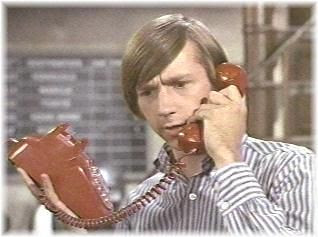 "Hi Yoko, it's Peter. You doin' anything tonight?"