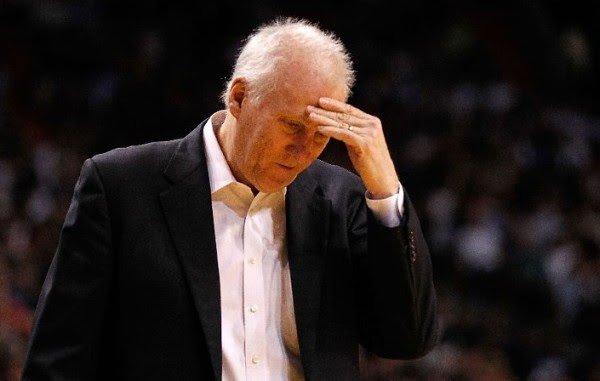 The Phoenix Suns: Spiderman's balls! The Suns played some of the worst defense ever last night. No, really. I know I like to use hyperbole, but this is not hyperbolic in the least. I've seen more hands in faces at an amputee convention.

The Bulls got whatever they wanted whenever they wanted it. I mean, 118 points on 53.5 percent shooting is crazy, especially considering the extended garbage time. And check out these advanced stats: Their Offensive Rebounding Rate was 27.9 and their Free Throw Rate was 27.3.

So, basically, the Bullies either a) hit the shot, b) rebounded their miss, or c) got fouled.

Chicago scored a season-high 39 points in the first quarter and finished the first half with a season-best 67 points.

And boy oh boy was the ball moving. The Bulls ended up with 31 assists on 47 made baskets. With only 6 turnovers!

Said Carlos Boozer: "We're a very unselfish team. We had a meeting earlier this season saying guys were too unselfish and passing up open shots. We know when we have 20-plus assists we're moving the ball well and most games we have that."

Speaking of Boozer, he played like he was in NBA2K with the Difficulty Level set to "Rookie." Booz finished with a season-high 31 points on ridiculous 14-for-21 shooting.

Joakim Noah finally played, well, the way Bulls fans have been waiting for him to play, finishing with 13 points (6-for-10), 12 boards, 3 assists and a steal. He also tied Boozer with a game-high plus-minus score of +24.

Oh, and Rip Hamilton returned to the starting lineup, contributing 11 points and 6 assists in 21 minutes.

Said Boozer: "We came out with a great sense of focus. For us, we wanted to get back out there and play after playing so poorly last night."

Added Bulls coach Tom Thibodeau: "I thought it was great. We had a lot of guys play well."

No kidding. Thanks, Phoenix Suns defense!

The Cleveland Cadavers: The Warriors were able to survive a lousy shooting night from "Moped" Ellis (2-for-12) thanks to the exceedingly giving nature of the Cadavers...who gifted the Golden Staters with an extra 23 points by committing a season-worst 25 turnovers.

In the Cadavers' defense, this was the final game of their seven-game road trip. But credit Cleveland coach Byron Scott for taking a dump on the excuses: "I don't buy that. It was Golden State's fourth game in five nights. So that's a bunch of bull. That's an excuse and that's something we're not going to tolerate. We lost the game because we were terrible on the offensive end as far as turning the ball over. Period."

The Charlotte Bobcats: The Bobcraps were mauled by Dwight Howard (25 points, 11-for-18, 17 rebounds), gave up 50 points in the paint, and got a taste of Clutch City in the fourth quarter by Von Wafer of all people.

But, like the Cadavers, Charlotte was undone by their 18 turnovers and the 19 points they gave up off those turnovers.

Said an oddly hopeful Bobcraps coach Paul Silas: "We threw the ball away too much. ... But we hung in there. We're just not there yet, but we're getting there."

Tyrus "Jump Shot" Thomas: Nights like last night remind me why the Bulls gave up on this guy. He went 2-for-12 from the field, including 0-for-4 from 16-23 feet, a zone from which an athletic seven-footer like him should not be shooting. Of course, he was also only 1-for-3 at the rim and 0-fof-1 from 3-3 feet, so...

The San Antonio Spurs: How do turn a 17-point lead into a 28-point deficit and a 120-98 loss? Just ask the Spurs. That's what happened to them in Miami last night. And the defeat extended San Antonio's two perfect records:

Said Spurs coach Greg Popovich: "We're really good at home and on the road, we suck. That's the biggest difference."

The biggest difference in last night's game was the third quarter, which was historically bawful for San Antonio. From the AP recap:

Said Tony Parker: "There's not much you can do. [LeBron] was on fire in the third quarter. He's coming in on fast breaks and shooting threes. There is no defense against that."

So...now the Heat are now 4-0 without Dwyane Wade and 5-4 with him. And LeBron sure looks more comfortable playing as The Undisputed Man on the team. It makes you wonder if Pat Riley shouldn't try to flip Wade for a more compatible piece. Dwight Howard, maybe?

Oh, God. What am I saying? Blleeearrrgh!!

The Detroit Pistons: The Rockets were playing their fourth game in five nights, so they should have been exhausted, right?

Yeah. So tired they pounded Detroit by 17 points and Houston coach Kevin McHale was able to sit his starters for the fourth quarter.

But, hey, the Pistons could have been in the game if they hadn't given up 17 offensive rebounds and committed 20 turnovers.

Said Detroit coach Lawrence Frank: "We pieced together about 38 good minutes. We have to defend, rebound and keep down our turnovers. We did parts of those things, at times."

If only doing parts of things at times could be enough.

Samual Dalembert, quote machine: "At some point, there's back and forth, you start to get a little fatigued a little bit. And then you just say, 'Hey.' You tell yourself you keep lying to those legs. You lie to them. You say, 'Hey, you have five more minutes.'"

The Milwaukee Bucks: There was a brew of bawful going on in Milwaukee last night. The Bucks turned the ball over 19 times for 25 points going the other way. They bricked 16 of their 23 three-point attempts and shot 41 percent as a team. Andrew Bogut and Stephen Jackson combined for 4 points on 1-for-11 shooting. And Milwaukee had no answer for Corey Brewer, who came off the Denver bench and blew up for a season-high 22 points on 8-for-14 shooting.

Said Bucks coach Scott Skiles. "That's it. That is fucking it. I'm going to kill somebody. I am deadly serious. I will kill them, dismember the body, and hide it in my crawl space. Jesus H. Christ."

The Los Angeles Clippers: Well now. Last night's 108-79 loss in Utah proved one thing for certain: Without Chris Paul, the Clippers are who we thought they were. Horrific defensive effort all around. The Other L.A. Team was -20 in the paint. The Jazz were 19-for-25 at the rim and had eight dunks...including five alley-oops.

On the other side of the court, the Clips shot 36 percent and went 4-for-20 from beyond the arc. All in all, it was the kind of lifeless performance Clippers fans have been experiences since, well, pretty much forever.

Said Blake Griffin: "From beginning to end, we just didn't have the energy. It was ugly. At the same time, they did the things they wanted to do."

Bobcats-Magic: Matt Carroll made a wonderful brick and foul in 132 seconds for a +2.

Spurs-Heat: Tiago Splitter divided his 10:26 stint between productivity (100% from the field!) and mediocrity (four fouls and four turnovers) for an 8:4 Voskuhl.

Meanwhile, South Beach's Terrel Harris lost the rock once and fouled thricely for a +4 in 7:55.

Nuggets-Bucks: Jon Brockman gathered one board in 8:41, only to brick it, take a foul, and lose the rock once each for a 2:1 Voskuhl.

Pistons-Rockets: Vernon Macklin made his mark with a 73 second jackpot worth 1.2 trillion!

JJ said...
Bawful - Haha, I can't believe you suggested a Wade-for-Dwight trade even as a joke. I think Dwight going to Bulls would make the best basketball sense for Howard, as in if he really just wanted rings. But, then again, so did LeBron and/or Wade going to Bulls, but we all know what happened.

Batmanu said...
@kazam92 I am also saddened by this. He's my favorite player.

And while watching LeBron torch our team, I suddenly had flashbacks to the "UNSTOPPABLE" puppets commercial. Heh.
1/18/2012 1:28 PM