Well, it appears to be finally coming - a ratification of an agreement to end the NBA lockout which could give us a 66-game season and NBA games starting on Christmas Day. 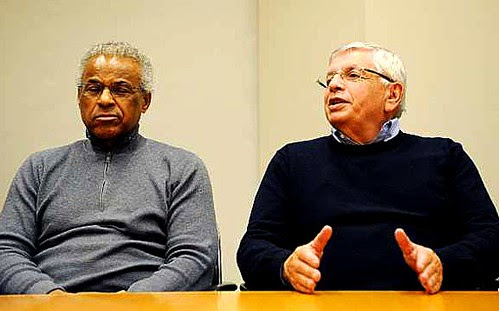 - The player/owner revenue split will go from 57/43 to 50/50, sending approximately 3 billion dollars to the owners.

- Given the ability to keep their finances from the public, owners will be allowed to continue to secretly shovel barrels of money into the cornucopia of financially insolvent teams overrun by boobs - namely, the WNBA.

- NBA players shown doing charitable work such as handing out Thanksgiving turkeys, building houses, and reading books to school children must actually perform the work. Standing in front of a blue screen and mimicking charitable behavior will no longer be accepted. 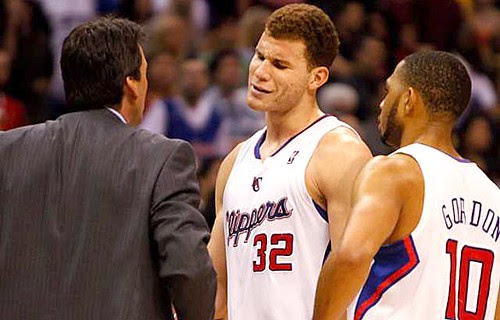 "I left a lucrative pitchman career for this?"
- The Boston Celtics starting lineup, with the exception of Rajon Rondo, will send a basket full of fruits and fine cheeses to Celtics Owner Wyc Grousbeck as thanks for a shortened, old-person friendly season.

- Delonte West must continue to be a furniture mover, and cannot return to the NBA under any circumstances.

- Kobe Bryant must wipe that smug grin off his face.

- Dirk Nowitzki will sign a legally-binding contract revealing to the world that he is in fact from Crested Butte, Colorado, and not Germany.

- Dwight Howard will play with one hand tied behind his back to 1.) Promote more offense, and 2.) Decrease by half the likelihood that he will behead one of the league's shorter superstars with an "unintentional" elbow.

- Derrick Rose will only play basketball on a court, and will not pretend he's a gay basketball-playing-toreador-amigo...oh wait, he's a bull. I just got that. Ok, that's kinda cool.

- As a further cost-saving measure, Conrad Murray will become the Minnesota Timberwolves' team doctor upon release from jail.

- Instead of fines, players criticizing NBA referees or owners will be subject to firing squad.

- Mark Cuban's 2012 tweets will be compiled and submitted to Congress for consideration as an amendment to the U.S. Constitution. 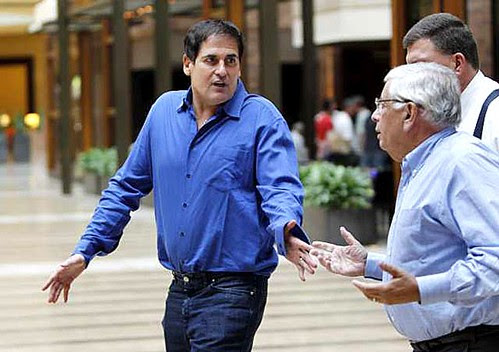 The keys to the hidden evil lair?
I thought I gave them to you.
- Kevin Durant will live in the home of a Thunder fan for the duration of the shortened season. The promotion will be called: "Thunder down under ... ya roof."

- The Miami Heat will be renamed to the Miami "Two and a Half Men." Ashton Kutcher will appear at home games to fire Miami TAAHM T-shirts into the crowd.

- Less-talented NBA coaches will be forced to hire to celebrity assistants to divert attention from their incompetence. 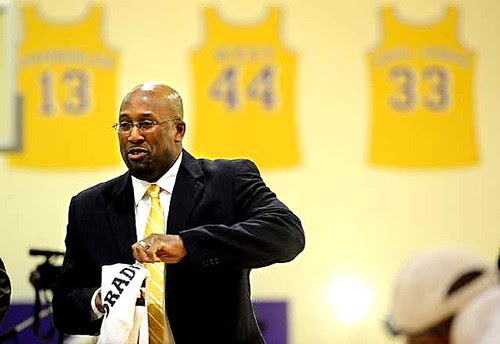 Wait, so I only have 66 games to drive
this franchise into the ground?
Challenge accepted.
So there you have it. The players clearly got a sa-weet deal.

Next up, training camp in December!
Merry Christmas, all. Let the awfulness begin.

Why do we need basketball back? Because this is the most exciting thing that can happen in hockey (start at the 1:10 mark for the fireworks):

Well, folks, it looks like this lockout ain't gonna end any time soon. It's sad, but as many of you know, I like to try to take lemons and, well, hurl them against a brick wall just to watch them splatter.

With the dearth of basketball excitement these days, how many comments have started "This has nothing to do with basketball, but..." So it sounds, frankly, like some of us need to circle the wagons as it were, huddle around a campfire as the weather turns icy, and enjoy a new subject or two in response to our favorite sport collectively giving us the finger.

Ever thought to yourself "My God, that Evil Ted post was a piece of shit. I wonder if he has the capacity to fail and disappoint me on topics other than basketball." Well, the answer to that is a resounding "Yes!"

Behold my lemon juice covered brick wall of an alternative. Give it a test drive, kick the tires, hump the gas tank opening, and leave a rotten fish in the glove compartment.

One great thing about it for me is that it requires very little research - it's just a vehicle for the stupid thoughts spinning in my head at any given point. Another great thing about it is that my head can't go on strike, or be subjected to a lockout...well, there was that time in 2004 when my head demanded more money and better hours and stopped working or about a month until I gave it a new contract, but that incident was quickly resolved and thanks to the Xanax I don't think it will ever happen again.

For those of you who have conniptions whenever I have accidentally said "World Champions" in reference to a given NBA champion basketball team, keep in mind BRIAN SCALABRINE is the second-best scorer on his team in Italy. Yeah, yeah, I know there are far better international teams than the one he's playing on, but...just sayin'.

And not for nuthin, the word "Scalabrine" rolls off the Italian tongue as if it were meant to...well, I guess that's an Italian name, so that would make sense.

Maybe someday soon Scal will give a press conference like this in fluent Italian, while eating gelato?

And while we're in Italy, might as well revisit the classic Bawful / ET Italy trip...

This is how much the world craves basketball. Uploaded 6 days ago and already 2 million hits? It continues to be shameful that the NBA - its owners AND its players - can't get their act together and get this over with.

The only pure and decent thing is our appreciation of the sport (unless we're talking about the Lakers, of course). It never stops.

Nike always seems to know how to strike a nerve. I think I even appreciated LeBron for a second.
Just a second, though.