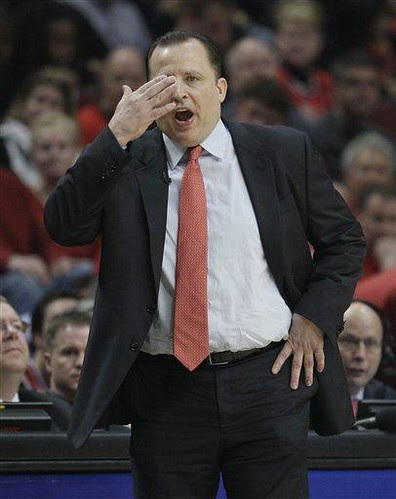 Well, no wonder the Bulls lost. Thibs was busy doing an eye exam during the game!
I have to admit I am impressed by the Grizzlies, and like their style of playing basketball. Very old-school in that they put a big emphasis on dominating the paint, scoring from the post, and playing an inside game in general. Well, you know, except Z-Bo and Marc Gasol were sinking long jumpers the other night. So forget I said anything? 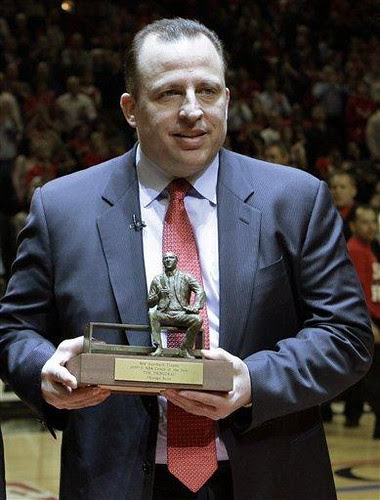 Tom Thibodeau is ecstatic. Trust me. 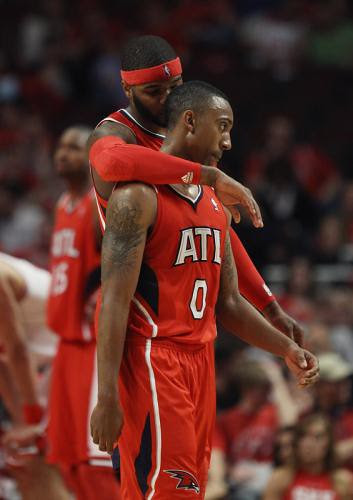 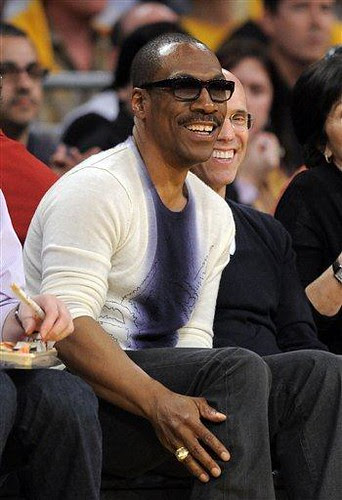 Eddie Murphy contemplates how to further waste his comedic talents 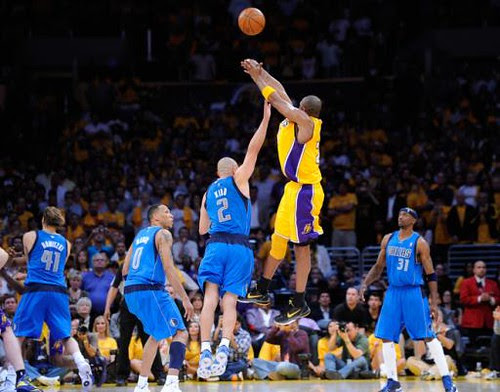 I know this is going to be hard to believe, but I was able to dig up a picture of Kobe shooting a long jumper in last night's game. (I know, right? What were the odds?) 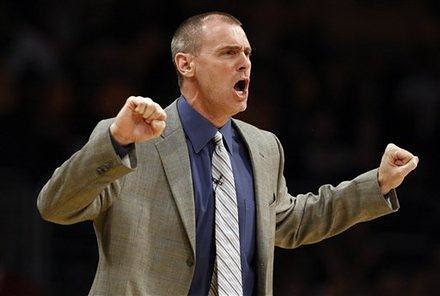 Someone spot him! That invisible barbell looks heavy! 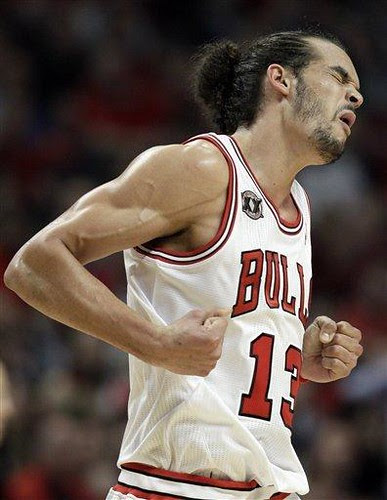 Nationally Televised Games:
Celtics at Heat, TNT, 7pm (Heat lead series 1-0): Considering the way the intensity level of this series is already amping up, I fully expect someone to be violently assaulted on the court within the next game or two live on TNT. I can't wait for the crossover with Franklin & Bash where they have to represent one of the NBA players and wacky hijinx ensue!

Grizzlies at Thunder, TNT, 9:30pm (Grizzlies lead series 1-0): Quotes that sound crazy when taken out of context: Lionel Hollins said "I think Zach (Randolph) is the epitome of life."

kobes first points as a laker... also known as "the worst shot in basketball"

swayze said...
Miami-Boston commentary wierdness. Reggie Miller noted that(can't remember the exact quote) " you most make Lebron James and Dwayne Wade Drive Right!" Becouse appearantly Lebron is so good at going left for a step back jumper... So according to Reggie its better to have Lebron going to the basket with his strong hand rather than have him drive to his weak hand and then take a jumper.... see Reggie this is why you didn't win a title... that and the Lakers of course.
5/03/2011 8:06 PM

B. Stockpiles said...
Watching this heat - celtics game has been like taking an intractable 48 minute shit: painful, riddled with regret, and more than a little embarrassing.

The fact that the box score is almost exactly the same for both teams with the exception of points (duh), blocks, and rebounds makes me wonder if all of those "it was a mistake to trade Perk" comments might have some validity.
5/03/2011 8:34 PM

AK Dave said...
So apparently there is an NBA rule that says you're allowed to beat the shit out of Glen Davis while he's in the act of shooting without being called for a foul.

Ragib said...
swayze - If LeBron has any stronger hand, it's his left. He's ambidextrous, and actually uses his left for everything in everyday life (eating, signatures, etc). He just shoots with his right hand because when he was young he was deciding which one to always use, and got more in with his right than his left on a 10 shot trial.
5/04/2011 12:16 AM

Karc said...
The Thunder are quickly getting exposed as the not-so-clean team that everyone had hoped would be the counter to the cHeat. I mean, KD does a decent job of hiding his massive tattoos, but there's Westbrook's recent string of "I'm the man" failure, the natural talk of "dirty team" whenever Perkins is on the floor. Throw it in with them having to face teams that are bigger than them, and well, I don't think people are going to be using the term "good-natured" to describe this team much longer.
5/04/2011 12:36 AM

William said...
A second game Miami would have won without being favored by the refs, but were favored anyway.

Love that LeBron's 'block' on KG late makes the Sportscenter top 10, with nary a comment about LeBron's other arm forcing KG to the ground. Like, KG has magic powers to stop his jump before reaching the apex.

The difference between touch fouls on one end, and no-calls on the other is hard to swallow.

Oh, and the 'broke Ray Allen's ankles' three-pointer from Wade? Another crystal clear travel that's celebrated by TNT coverage instead of called for what it was.
5/04/2011 7:52 AM

Anonymous said...
Ugh, this blog and everyone on it will take every opportunity to shit on Miami and their successes. They're up 2-0, simple as that.


Let's just put that on the blog then shall we. The heat are up 2-0 simple as that.