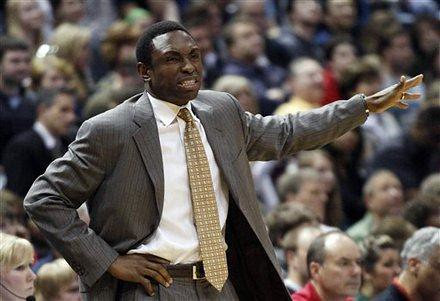 I like to imagine Avery Johnson looks like this all day, every day
First things first: woah David Stern!

Via Deadspin, your random read of the day: Compiling The Absurd Box Score For Space Jam; Or, Shawn Bradley Sucked Against Cartoons, Too. One word: trillion. 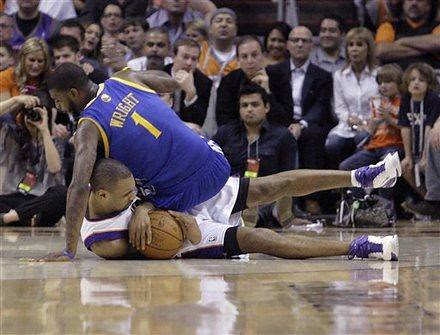 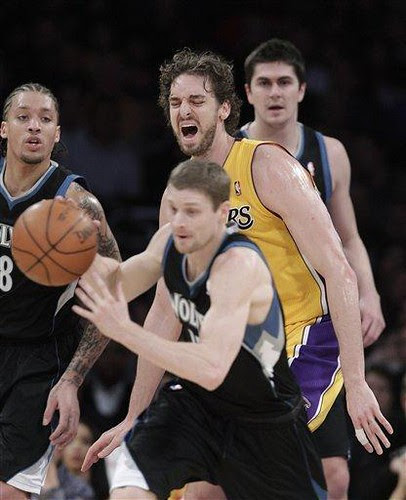 "WAAAAAAAAH! HE TOOK MY BALL!!" 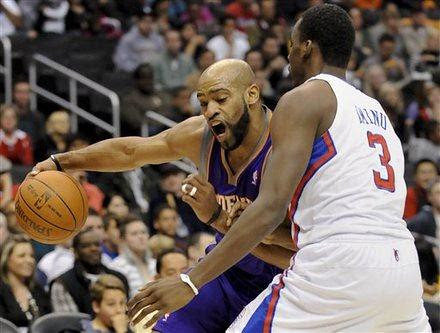 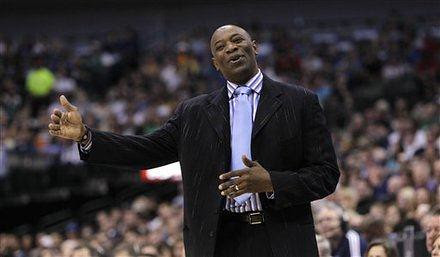 Poll: Is Keith Smart dancing with The Invisible Man, or just soothing the crowd with the dulcet tones of his invisible banjo?

Nationally Televised Games:
Celtics at Knicks, NBA TV, 7:30pm: Whenever I talk to my friends that are basketball fans, they keep touting how awesome the Knicks are going to be now that they have Amar'e and Carmelo. Can someone please go talk some sense into them for me?

All The Other Games:
Magic at Cadavers, 7pm: If the Magic can win this one, they will sweep their season series against the Cadavers. In other breaking news, water is wet. (Unless it's frozen. Oh snap! Things just got confusing!)

Pacers at Nyets, 7pm: The Pacers are still fighting for that 8th spot in the Leastern Conference with the Bobcraps and the Bucks. So they get to play the Nyets who are missing Deron Williams in an attempt to bring their record up to 31-40. What a scintillating battle for the playoffs. (Cough)

Kings at Bulls, 8pm: Good news for the Bulls: the Suckramento Kings have gotten their one win for the month out of the way, so they probably won't give the Bulls too much of a fight tonight. Bad news: the Kings actually won a game. For them, that's "surging."

Jazz at Grizzlies 8pm: If you had the Jazz below the Suns in your preseason playoff odds, you're a better prognosticator than me.

Warriors at Spurs, 8:30pm: Just think: if the Warriors were in the East, they'd probably be a playoff team even though their road record is 9-26 and is the basketball equivalent of this debacle.

Craptors at Nuggets, 9pm: Huzzah! The Nuggets get to play one of the rare teams that plays even less defense than them!

stephanie g said...
I'm not a guru when it comes to interpersonal relations or what's going on in the head of male athletes, but I'm pretty sure when you call your team soft (or a bunch of sissies and women, like Bird did) the trick is that they're not actually soft, so it'll motivate them to play better. But if they actually are soft, have confidence issues, or are prone to gagging, well...then you have a future 30/30 documentary or something.
3/21/2011 6:05 PM

LotharBot said...
I expect your basketball-fan friends to know the Knicks will suck, and I also expect them to realize that the Nuggets sans Melo are pretty solid on defense.

BTW I find it hilarious to watch other teams' commentators on League Pass. They all use the same Nuggets talking points as they did six months ago, and most of it is horribly outdated.
3/21/2011 8:52 PM

LotharBot said...
(Stolen from somebody who stole it from a Raps fan. I deserve no credit for this.)

Shiv said...
Unintentionally (though that's debateable) quote: "Doc thought we were soft," Kevin Garnett said. "He thought our play was soft, he thought everything we were doing was soft and we weren't the Cs. So we got firm."

The Sports Hayes said...
Doc Rivers called the Celtics soft at halftime and they went out and slaughtered the Knicks in the second half.

Rick Carlisle calls the Mavs soft and they go on an epic losing and whining streak.

The game immediately following the "soft" comment, the Mavs blew out the Knicks. In fact, they handled them much better than the Celtics did last night. Their 3 losses have all been close ones to good teams (Lakers, Spurs, Blazers). And they've been doing this without their original starting small forward from the beginning of the year (who is supposed to be their 2nd or 3rd best player), and at various times over the past 6 games without that small forward's replacement, without the backup to the replacement, and without their backup center. They also just came off a stretch of winning 19 of 21 games, and granted the schedule wasn't the hardest but they did beat the Lakers and the Celtics over that run. They're also tied with San Antonio for best road record in the league.

All that said, it wouldn't have mattered if they beat the Spurs, Lakers, and Blazers this past week. Fair or not, they're going to hold onto that "soft" label in the public's imagination until they win an NBA championship. Which probably means they'll hold onto it forever. Their cause won't be helped by another 1st round flameout, which unfortunately I can sense coming their way.
3/22/2011 7:25 AM

Wormboy said...
tabman, I'm just praying that somehow Dallas and Miami stumble into the Finals this year. To his credit, Dirk has gotten both better and tougher since 2006 (though he still has an Achilles heel). But I'm prying that Dampier has a chance to sabotage a Miami title, if for no other reason than LeBron witnessing first hand what the word "karma" means. Granted, not karma on him, but a little education would be good.