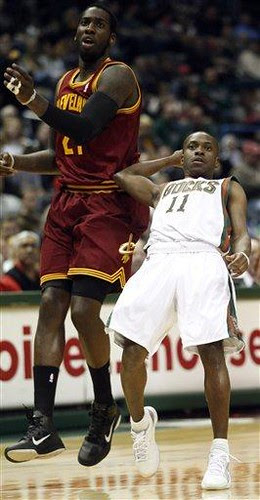 Is Earl Boykins attempting to breakdance, or QWOPing? 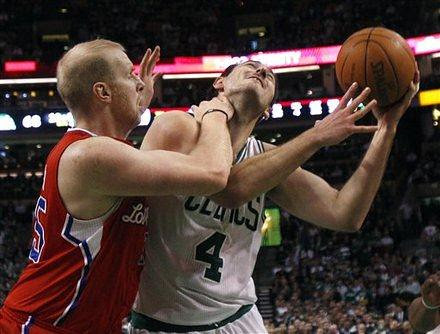 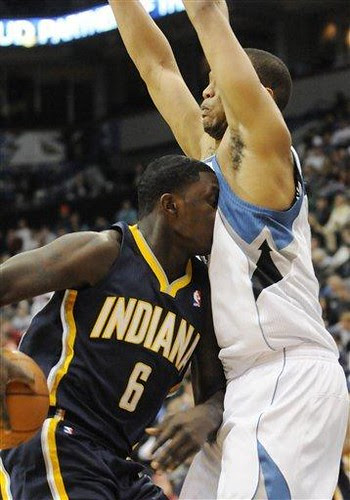 "Man, your jersey is so fresh! What fabric softener is that?" 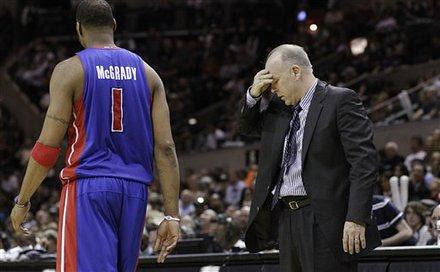 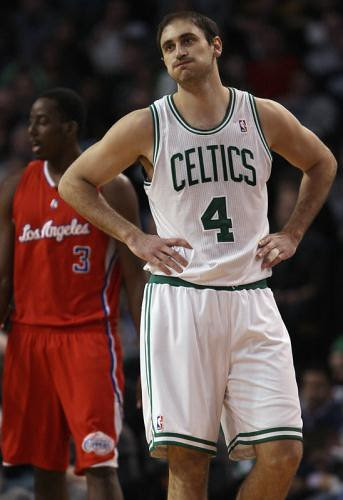 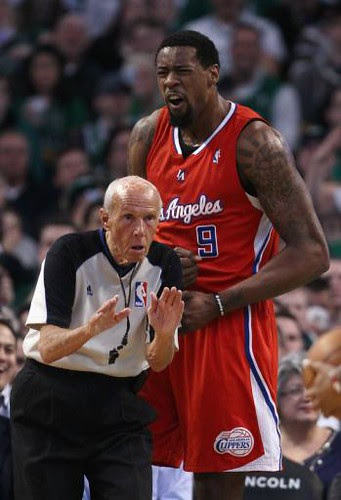 I think DeAndre Jordan just made Dick Bavetta crap his pants
Nationally Televised Games:
Lakers at Heat, TNT, 7pm: Devastating news for Heat fans -- Zydrunus Ilguaskas plans to retire after this season. Oh no! What will they ever do without him??

All The Other Games:
Nuggets at Suns, 10:30pm: All offense, all the time. It's going to be like watching a couple teenagers playing NBA 2K11, running the floor and taking shots early in the clock every possession.

Excellent video worth watching: behind the scenes of Steve Nash's "Where Amazing Happens" commercial.

kazam92 said...
Big Z is a fantastic likable guy with an admirable career, coming back from serious knee surgeries.

Paul said...
Been a Laker fan for the longest time, I just don't remember the Lakers dominating one of those so-called in-season "big games".
Even the year they beat the Lebron Cavs twice in the season I really wasn't all that impressed by their performance.

I'm not trying to reverse jinx the Lake show but I wouldn't be surprised if the Heat spank them tonight.

@Kazam
You've been a real sport about the Heat's struggles this year, well deserved props to you by bawful and the rest of the gang.

I don't know about you but I kinda expect Spo to give Z lots of minutes tonight. Pau has a well documented history of struggling against him and setting camp outside of the painted area. Expect to see a lot of Z on Pau when Bynum is not on the floor.
3/10/2011 5:42 PM

Unknown said...
So, anyone else think that David Stern is kind of a dick:

The Other Chris said...
@Kazam

Couldn't agree more with Paul. Your comments are always entertaining, and you never get snippy because people pick on (in good fun, of course) the Heat so much. Props.

Hell, I'd be overjoyed if the Craptors had their problems. "We don't know if we can beat the top teams in the playoffs". Uhh.. hey guys, what the fuck are "playoffs"?

Oh well, this Friday's game against Indiana should be suitably entertaining - two teams hitting rock, rock bottom! And they're giving us our season tickets cheaper next year, on account of their giant, flaming suckitude.

kazam92 said...
Guys thanks alot. I posted a thanks on the previous post but I don't think it went through. I have lost my cool a few times, but I try to remain as open minded as I can. We're playing like ass point blank and our stars haven't played well in unison in a while.
3/10/2011 7:55 PM

The Nightbringer said...
Welp, it's official. The Heat are the Lakers' kryptonite. I wonder what the two losses will mean if they meet in the finals though.
3/10/2011 8:48 PM

chris said...
And they're giving us our season tickets cheaper next year,

At least the rollerskating-into-the-stairs dinos HAVE a next year. :p

Unknown said...
Okay, explain to me why the review rules are so fucking retarded. Kobe fouled by Wade right in front of the camera but they're concerned with who lost it out of bounds AFTER the foul?

Up until the last three minutes when the Lakers couldn't defend a layup to save their lives and the refs threw up their IQs with missed hacks and ignoring offensive interference by Ilgauskus, it was a damn entertaining game. I expected the Lakers to lose (this game meant more to the Heat and something was going to give) but for pete's sake, if you're going to do late-game reviews come up with some rules that actually make sense.

Lastly, kazam92, you're one of my favorite posters here and I echo what others have said about being a great sport through your team suddenly becoming so hated.
3/10/2011 8:55 PM

Karc said...
Lakers should burn those white uniforms, they get embarrassed every time they wear them.

Classic "marijuana" feel good win for the Heat. All of the talk about not winning close games, who better to win a close game against?

Pretty sure that was a goal tend by big Z, but LA had about 5 different chances to score late, and gagged on all of them.

kazam92 said...
Bosh saved his reputation tonight. Nearly all his his points were in the paint. It was fun to see him and Gasol go at it.


This boosts morale way up, but we got Grizz, Spurs (who Bonner'd us in the ass) and Thunder coming up. I hope to god this is a turning point.


Oh and the point I made about Ilgauskus, I think he demonstrated it tonight. He had some tip ins, but was otherwise awful. Yet, we still needed him because of his length vs Bynum/Gasol. Lakers had a legit complaint about that offensive interference.
3/10/2011 9:35 PM

The Sports Hayes said...
Once again the Lakers fail to defeat a healthy roster. They beat an 8 man Celtics team by 2 possessions and crushed a Spurs team without Tony Parker.

They face a fully healthy Heat team and lose.

Anonymous said...
Best thing about Heat vs. Lakers: you KNOW that ONE of them HAS to LOSE.

Murcy said...
well, I needed that. and kazam: thanks for keeping the lighthous after I stopped commenting and stuck to only reading. and what better way to come back after our... fantastic perfroamnces in the last few games than against tha lakers
3/11/2011 12:45 AM

P. Chewing said...
As a Laker fan, this loss made me wish I was dead. I threw my remote across the room no less than a dozen times in the 4th. I hold on to the fact that the 97-98 Bulls were swept by the Jazz, and we all know how that played out. I still think season series are highly irrelevant to predicting a 7-game series. As far as the Heat, they shouldn't be too concerned that they were swept by the Bulls, or that they'll probably be swept by the Celtics. If the playoffs have taught me anything, it's that predictions based on regular season records and hype are only somewhat reliable. Last year the Celtics made this abundantly clear. Make no mistake though, every tired muscle in my body is praying for a Heat meltdown of epic proportions, but I admit, they do make me nervous. I simply will not be able to endure a summer filled with, " The "King" finally gets a ring"(shudders).
3/11/2011 1:13 AM

A legit 7 footer, going against not-so-solid big men on the Heat and he's basically just a diversion/flood spreader. I didn't see the game, pure box score-journalism this.
3/11/2011 3:57 AM

We have man love too in our boring and beloved football, aka soccer there at the USA, perhaps not the most conventional one, but still. Hard love could it be.