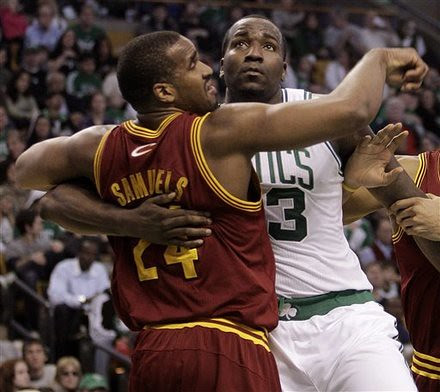 Short on time today, folks. Let's get right to it... as soon as I link you to this great post from Kelly Dwyer examining the state of technical fouls. (Hint: it's FUBAR, as shocking as that must be...) 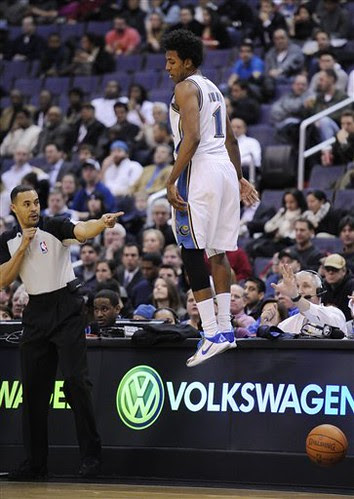 "For my next trick, I shall make Nick Young levitate!" 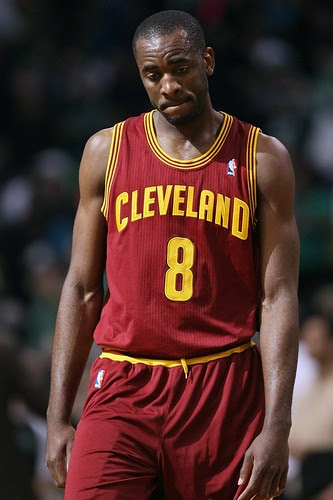 This is the visual equivalent of the Sad Trombone 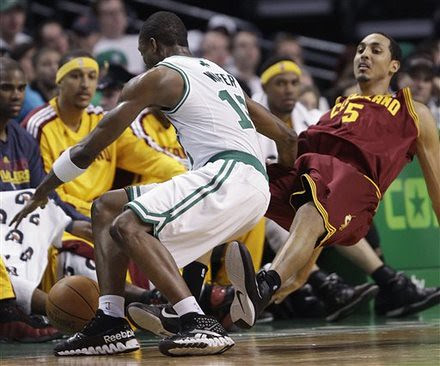 "And here's the play at home plate!"

Nationally Televised Games:
Spurs at Jazz, ESPN, 9:30pm: So the Jazz get to finally come home after a depressing five game losing streak on their latest road trip... and they're immediately greeted by the juggernaut San Antonio Spurs. That's a slap in the face to say the least.

Grizzlies at Nyets, 7pm: Anyone else almost feel sorry for the Care Bears? They're stuck in that "good enough to be kinda sorta competitive" but "sucky enough to never have a shot at a playoff run" zone where you can't stock up on draft picks, and you can't succeed. Plus they're stuck in Memphis, which doesn't help a lot either.

76ers at Craptors, 7pm: Those poor extinct lizards are riding an eight game losing streak. The really surprising thing is that they haven't seen a losing streak this bad since 2006. It sure doesn't feel like that should be the case, does it?

Hawks at Bucks, 8pm: If Atlanta can win tonight, it would be their longest road winning streak since December 1993. NINETEEN NINETY THREE. What the hell is up with all these 1990s dates showing up? I feel like I need to go read this blog for awhile.

Thunder at Timberwolves, 8pm: What's that, OKC? You're struggling with your shooting lately? Well then, come on up to Minnesota and play against our "defense!" We'll get you right back on track!

Clippers at Rockets, 8:30pm: Speaking of pathetic defense, has Houston officially decided "screw it, we're not even going to try on the defensive end for the rest of the season?" In other news, NOOOO! Don't get hurt yet, Blake Griffin!!!

Bobcraps at Suns, 9pm: At least one thing is certain about this game: there is no way in hell Kwame Brown can take over the game again like he did against the Purple Paupers. That's, like, a rule or something.

Hornets at Warriors, 10:30pm: I haven't seen these two teams play each other yet this season. Anyone wanna explain to me why the hell the Hornets have let the Warriors beat them in 4th quarter rallies in consecutive games?

Czernobog said...
So... That commentator or whatever is a jedi? That makes me want to try my "three simultaneous shots in a triangular formation" theory on him him.
1/26/2011 4:30 PM

Dan B. said...
Drake -- Honestly, what else better did you have to do with that time? Play Pogs while eating Dunkaroos, wearing LA Gear sneakers, and watching Wild & Crazy Kids?

Anonymous said...
If for nothing else Kevin Love rocks for these moments.

kazam92 said...
Thoroughly enjoyed the highlights from the apparent Kevin Durant/Mike Beasley duel (they are childhood friends). Durant is insane. That Love fella is playing as good as ever.

A good chunk of those references in that blog go over my head, in a way. Yes, I definitely heard of those shows on Nickolodeon, but I didn't have cable. My TV shows revolved around Batman and Superman TAS, Spiderman, Animaniacs, Pinky and the Brain, and Power Rangers (as well as a host of others that I've forgotten). But that's the thing: the free TV afternoon cartoons were pretty damn fantastic back then, as opposed to being completely non-existent nowadays (Hey kids: who wants to watch some crappy small-claims court shows and Ellen?)

And I solemnly believe that us 90s kids were the last generation to witness the awesomeness of the original Looney Tunes cartoons on TV. What the hell happened to the next generation and this generation?

And as for the toys and foods department. I never had Dunkaroos or Lunchables (always had school lunch and the "timeless" snacks, like potato chips and chocalate chip cookies). I almost never got any of the "cool" 90's toys, outside of maybe a SuperSoaker 100 (which eventually broke).

But still, I at least heard of them from TV commercials and from other kids. And it still felt radical and superawesome to be at least a part of it, even if I never experienced it first-hand.
1/27/2011 12:00 AM

Czernobog said...
Only just saw this:

If they ever manage to make animated tattoos, this should be on Brian Colangelo's forehead.

What the hell else can this guy do? He is surrounded by Zombies, D-Leaguers, and Vince Carter and by sheer will keeps the Suns competitive.
1/27/2011 12:30 AM

Wild Yams said...
You guys would probably enjoy this discussion over on NBA Fanhouse about who the worst players in the league are (yes, Scalabrine's name comes up).
1/27/2011 1:45 AM

Czernobog said...
JON KRAWCZYNSKI (sorry for the caps, copy pasted it and I'm not re-typing that) dirty quote machine: “All I can say is Durant is incredible,” Love said, a glazed look in his eye. “He’s incredible.”

Because Looney Tunes promotes violence. The 80's kids outlawed anything remotely close to violent (pro teams did it too; Washington Bullets became the Wizards, Greenville Bombers became Greenville Drive) because they're pissed off that they got their Teddy Ruxpins taken away growing up so they pulled a Dean Wormer and said "NO MORE FUN OF ANY KIND!"