You know, it seems like NBA fans spend far too much time hating referees and far too little time trying to understand them. You think Dirk Nowitzki is under an intense amount of pressure to win a championship? What about the short, fat, balding guy who can blow his whistle once or twice and make 20,000 people want to kill him? And I mean kill him in the most vile and painful ways imaginable. As somebody who regularly finds himself facing angry mobs full of pitchfork-wielding maniacs bent on his gruesome murder, let me tell you: It ain't easy.

I'll probably never meet Zach Zarba, or Mark Wunderlich, or Tommy Nunez, or Jess Kersey...which would make psychoanalysis pretty difficult. But while I can't give you a peek into the inner workings of their unknowable minds, I can explain what all those wild hand and arm gestures they use actually mean. So here's part one of our newest ongoing series: Know your signals. 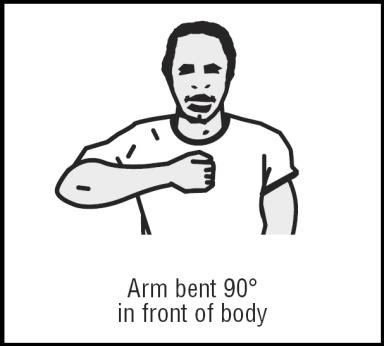 Anonymous said...
there should be like a booklet of rules each time you go to a game.

so you can properly boo refs instead of just blindly booing and wanting blood.
and you can also boo when the player's eyes balls pop out of his head like he didn't do anything LOL
4/11/2008 10:59 AM

Anonymous said...
I found this in my local paper today, and thought it might make for a good word of the day for you later.

"They were kind of yelling at first," Korver said. "I think, maybe, I don't know if they were yelling for a timeout or not. But then Jason (Kidd) satellited it, and we weren't back, and we should have been, and they got a good look, and he made it."

LooseChange said...
this will be an ongoing series? woo-hoo! i can't wait for the next ones.

yes, they will be thoroughly informative and give us all a better grasp of the game. more importantly, however, is that i'm sure all the pictures will be unintentionally dirty. that's comic gold. and doesn't know your signals sound like a guide on how to score? get it? score?