Tuesday, January 03, 2006
Jerome James should lay off the fatty foods
By Basketbawful at 4:34 PM
0 comments

The Knicks suspended Jerome James this week, for unspecified detrimental conduct to the team. My guess is he was caught sleeping in practice, or maybe during halftime, or even while defending the post, but I could be wrong.

Quiz time! Which is the best reason to hate Jerome James?

A: A single respectable playoff performance against a team that started a 6'7" power forward and a center with a broken leg can redeem years of craptitude.

B: Jerome James is considered the most disappointing big man on a team that features Eddy Curry, Malik Rose, and Maurice Taylor.

Sure, Wang is rail thin (I will not put a dick joke here) and doesn't rebound worth a damn, but half the centers in the league fit this bill, and they can't shoot the J anywhere near as nice as Wang. (Plus, Wang was the man in NBA Live 2003.)

Yet, the Jerome James's of the world are handsomely rewarded for just showing up, while Wang's career is flat-out wasted, like that $7 Chinese take-out where you hesitated for a minute and ordered something that sounded vaguely familiar but when you got it home it totally resembled something between a can of Fancy Feast and raw sewage, so you stomach a few bites of it, eat the egg roll and the fortune cookie and tuck the ass-fried rice in the fridge hoping you'll be desperate and hungry enough to choke it down someday but in reality you'll be scraping the Chia Pet it devolved into out of it's Tupperware dish and into the garbage disposal 3 months from now while trying to remember what the hell it was to begin with. Metaphorically speaking. 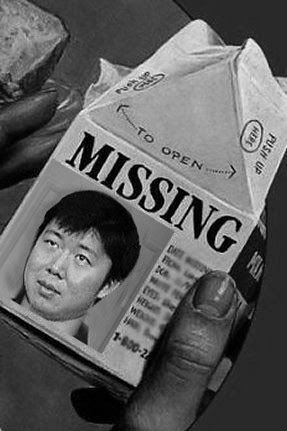 Have you seen my missing Wang?