You know how sometimes you get upset that the people policing your neighborhood are a bunch of fat donut critics who spend most of their time trying to trick you into speeding tickets? Well, it could be worse; you could be a celebrity.

Cops are constantly harrassing our nation's rich and famous. From discovering marijuana in their backpacks ("It was left there by a friend!"), to finding marijuana pipes in their cars ("It belongs to my brother -- no, wait -- my friend!!"), to making them lie under oath at federal hearings ("I didn't know those creams, jels, and hypodermic needles my friend and trainer gave me were filled with steriods!!!"), to running over a meter maid with a car full of marijuana ("She got in my way, and that stuff belongs to a friend!!!!"), celebrities just can't catch a break. Although, history has shown, they can certainly buy one.

The latest heroic victims are Tony Parker and his desperate housewife girlfriend Eva Longoria, who were busted for impeding traffic a few days ago. 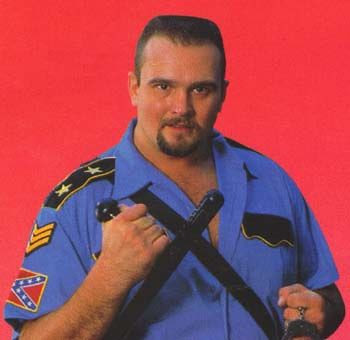 Get ready for some hard time, Tony.
Despite the fact that they were causing a traffic pileup in front of a busy nightclub, and that Parker reacted to being told to move by almost running some dude down, then failed to provide a driver's license (he provided a French license, but everything French is worthless so that doesn't count), the couple feel that the cop acted in an "inappropriate and disorderly manner." The cop, on the other hand, claims that Parker was verbally abusive, and that Longoria called him a "Mexican bike cop" who justed wanted Parker's autograph. Eva vehemently denied this, since she's Mexican too, and god knows that no one has ever uttered a racist slur against someone of the same ethnicity.

"Tony has the privilege to give cops shit. He's dating Eva Longoria, whom I would BREAK. Damn French pansy -- go get a hairy Eurotrash girl and quit stealing the hot immigrants that I, as a middle class white guy, crave." 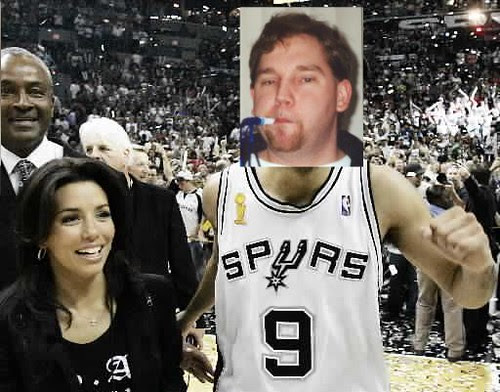 Word of the Day
Previous Posts
Update: Men In Tights
More Kobe bashing. Literally.
Who says the NBA has an image problem?
Shaq vs Sumo matchups Pat Riley should consider
Men In Tights
A real man's man.
Ouch, Lamar. Your words cut like a knife.
Ah, that coaching magic
God has spoken
"Oh yeah?! Well you cheated on your wife..."