Yes, the Magic let the Bobcraps run over their asses last night. That's just embarrassing, and I'm not even a Magic fan or hater. But right now I don't want to even look at you or think about you, Orlando. You disgust me! Get out of my sight! 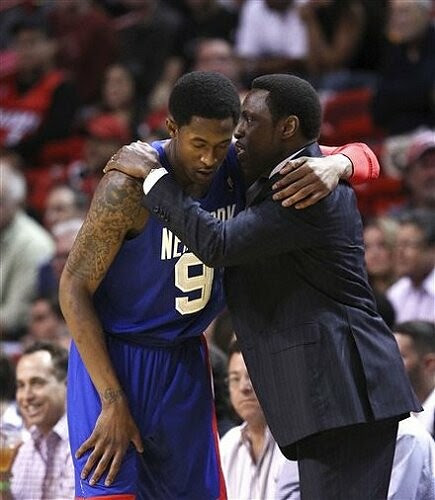 Tragically, MarShon Brooks is now deaf in his left ear 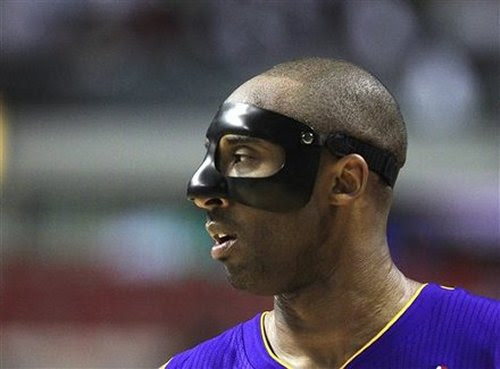 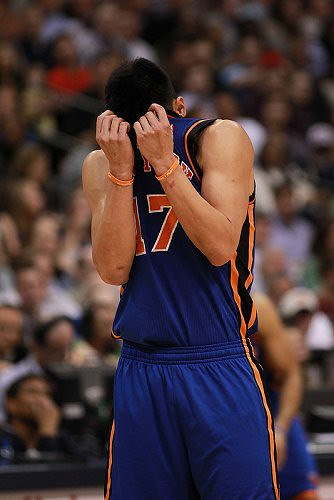 Sorry Jeremy Lin, but you can't hide from the vicious New York media that easily 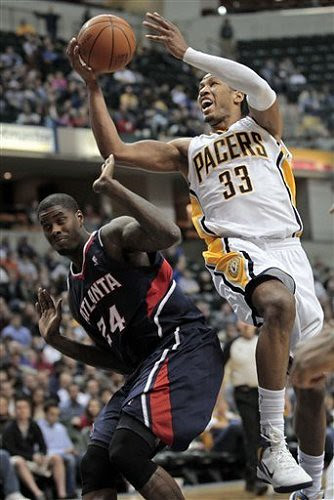 "Defend the shot? Aww hell no!"

Hawks at Heat, NBA TV, 7:30pm: GAH! Another game to remind me of the triple overtime game of doom! The nightmares had just started to fade too...

Grizzlies at Warriors, NBA TV, 10:30pm: Memphis has won 10 of its last 12. Yep. You just read that right. This is the same Memphis team we used to rip mercilessly. Way to turn it around, guys.

Celtics at 76ers, 7:00pm: (looks at calendar) Is it time for another Rajon Rondo triple double yet? I love Rondo when he's pissed off and motivated.

Lakers at Wizards Generals, 7:00pm: The Lakers just lost in overtime to the Pistons. The Pistons!! Kobe didn't shoot very well in that loss. Prepare yourself for Kobe to do something interesting tonight, whether that means going off for 40 points or having another 8-for-26 kind of night.

Rockets at Craptors, 7:00pm: The Rockets have lost two straight overtime games. Someone please notify them this isn't hockey and you don't get credit for making it into overtime no matter if you win or lose.

Jazz at Bobcraps, 7:00pm: Charlotte has yet to win back to back games all season. And really, if you've seen this team, do you have any reason at all to expect that to change?

Trail Blazers at Timberwolves, 8:00pm: Quote that caught my eye when reading the STATS LLC game preview for this one... "Minnesota has won four of six overall despite Ricky Rubio shooting 9 for 45 from the field." I know Rubio's shooting has always been a wild card, but holy hell! He does realize you don't have to wear a blindfold while shooting, right?

Suns at Thunder, 8:00pm: Steve Nash is Awesome Fact of the Day: he is leading all guards in field goal percentage at 53.8%.

Knicks at Spurs, 8:30pm: If Steve Novak scores double digits tonight, it'll be a career-high sixth straight game. *sniff* Our little Null-Star is all grown up. I'm so proud.

Dan B. said...
FYI to respond to an anonymous commenter's post from yesterday, yes, if any of you feels like writing a guest post, feel free to send it my way. You can e-mail me at djbelc01 (AT) gmail (DOT) com any time. This site is obviously a lot of fun, but also a big commitment considering we do it for free and Bawful has a full time job outside of his ESPN-affiliated Bulls By the Horns blog plus this one. Since things have been a little crazy for all of us the past few weeks (or hell, this whole season really), it wouldn't bother me at all if you guys wanted to contribute some entertaining posts to keep things flowing and make us all smile a little.
3/07/2012 4:37 PM

"There is growing concern among some Lakers players as to whether first-year coach Mike Brown and his staff have the X-and-O wherewithal to fix a Lakers offense that is averaging its lowest per-game point total (94) since before the advent of the 24-second shot clock in 1954-55. Brown's effect on the Lakers' defense has been undeniable, but sources say the team's ongoing struggles on the road -- with L.A. dropping to 6-14 away from Staples Center following a loss in Detroit and blowing a 21-point lead to the undisciplined Wizards -- have some veterans longing for a return to the trusty Triangle offense preferred by Brown's predecessor, Phil Jackson."

Stockton said...
Man, I just put TRACY MCGRADY in my fantasy team!!! I and blame YOU for not reminding me everyday how bad he is!!

Wormboy said...
@Dan: thanks for trying to keep this ship afloat! I hope Matt and Ted's life stresses aren't too stressful. Heck, what I'm really hoping is that Matt is having a torrid affair with Scarlett Johanssen, and just decided to blow off all this Bawful stuff.

@JJ: Yeah, we knew that Mike Brown had virtually zero chops as an offensive coach. In fact, I'll go so far as to say that he should never be anything but a defensive assistant. Thibs has some deficits in that area, but Brown is woefully inadequate.
3/08/2012 10:24 AM