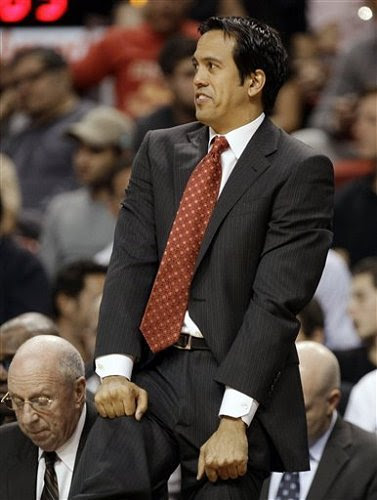 Get down wit' yo bad self, Spoelstra

Oh, plus there's this: "Will most miss Flip Saunders' postgame quote sheet, which was often must-read. As close as you'll get to seeing 'I hate my team' in print."

Beyond that, I am going to give you some extra bawful tonight. There were so many great Monday night game pictures I missed posting yesterday that I needed to share them tonight. I'm sure you won't mind.


Worst of Monday Night in Pictures: I'm so glad Flip was fired. Not sure how much longer he could retain his sanity coaching that team. 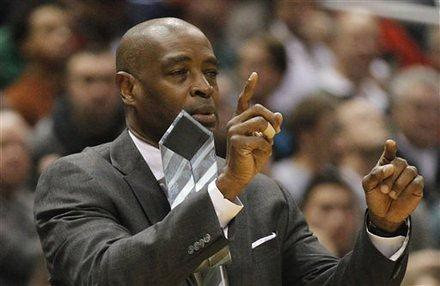 Larry Drew gets his ties from the Dilbert Collection 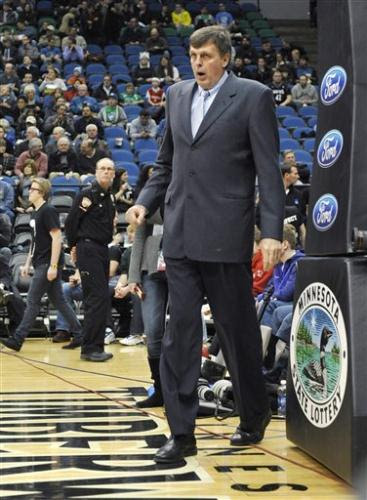 You're not doing anything to dissuade the Frankenstein's Monster jokes, Kevin... 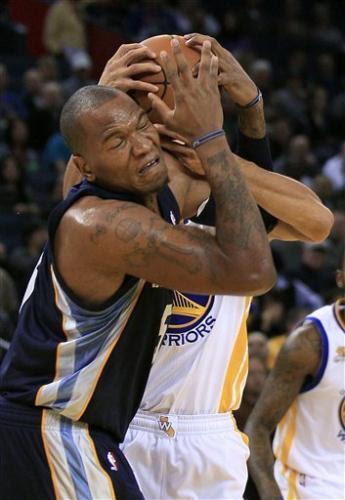 In the immortal words of Hedo... Ball.
Worst of Last Night in Pictures: 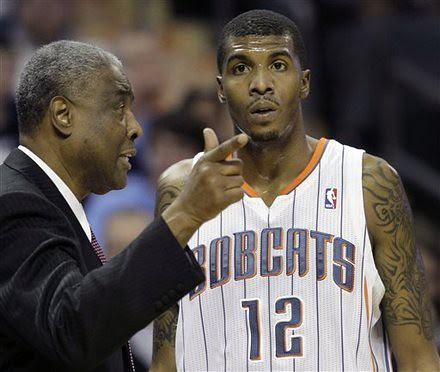 Paul Silas tries hypnotizing Tyrus Thomas. Hey, it's worth a shot at this point, right? 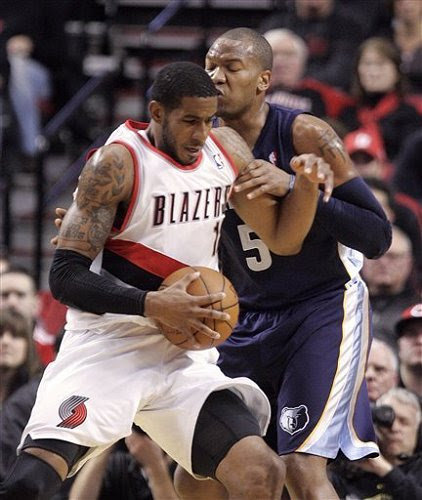 Pacers at Bulls, NBA TV, 8:00pm: The Pacers are one of the better defensive teams, and one of the best rebounding teams. They're fresh off a loss to the Magic and probably ready for a little justice. The Bulls might have their hands full here. That being said, the Bulls are the best defensive team and second in rebounds per game to only the Pacers. I'm excited for this game, guys.

Clippers at Lakers, NBA TV, 10:30pm: THE BATTLE OF LA. OMG OMG OMG! THIS GAME IS IMPORTANT. SHUT. DOWN. EVERYTHING.

Knicks at Cavaliers, 7:00pm: Nothing like delivering an absolute ass-whupping to the Bobcraps to get you out of a funk, right? The Knickerbockers might actually show up for this game. (Emphasis on "might." I make zero guarantees with this team.)

Nyets at 76ers: If there's a better way for the Sixers to start a home stand, I don't know it. Well, I take that back. I guess they could start the home stand against a team of elementary school kids. But barring that, this is a pretty good substitute.

Heat at Pistons, 7:30pm: I'm looking at the Pistons news feed on ESPN.com right now. If you feel like being depressed, go read it for a few minutes. Brutal. Can someone please help turn this team around? I miss their excellent team play when they won the title just a few short years ago. I remember some people complaining about them being boring, but I liked them and they were actually competitive.

Bucks at Rockets, 8:00pm: A nice little stat for you. This 7 game winning streak the Rockets are riding is the longest since their ridiculous franchise record 22-game run in 2008. Good times.

Hornets at Thunder, 8:00pm: The Thunder have won a nice nine out of their last 10. But they lost to the friggin' Generals. So I have no expectations for this game.

Timberwolves at Mavericks, 8:30pm: The Mavs have won two straight without Dirk. Wounded Tiger theory? Or just favorable scheduling? (Hint: it's the latter.)

Hawks at Spurs, 8:30pm: A moment to put things into perspective: Tim Duncan is having a pretty awful year compared to his standards. But he's still averaging 13.5 points and 7.3 rebounds. Respect.

Craptors at Jazz, 9:00pm: Well, the Craptors got their one novelty win out of the way last night. Time to go back to rollerblading down stairs, right? (Seriously, Toronto fans. I don't hate your team. I just love that video of your mascot failing so, so hard.)

Nuggets at Kings, 10:00pm: The last time these two teams met on January 6th, the Nuggets bench scored 62 points. Their bench outscored the entire Magic roster's total against Boston the other night. Could Excremento show up looking for a little revenge? Or will it not matter because they're Excremento?

Trail Blazers at Warriors, 10:30pm: Fun stat of the day: Jeremy Tyler's PER in the 1.3 minutes of playing time he's averaged in six games? Negative 8.3. We salute your commitment to being bawful, Jeremy.

chris said...
Looks like Robin Lopez won't get to lack it up for the next Suns game:

Anonymous said...
I can't be the only one who accurately predicted Philadelphia and New Jersey would be tied at 82 on the way into OT, can I?

LotharBot said...
aaaaand there's the Kings proving that revenge is a dish best served by teams who don't completely suck.

Their 93 total points was slightly more than the 92 the Nuggets scored in the paint. But then there were those other 30 points the Nuggets scored. This game was over by midway through the second quarter. And the Nuggets aren't even remotely healthy (missing their starting C and starting and backup SGs, and their starting PG went down in the first quarter and didn't return. They gave meaningful minutes to Julyan Stone.)

Several Kings rotation players were still playing late in garbage time. Which, I suppose, makes sense -- when you're this bad, it's always garbage time.

Jason D said...
Funny, when the Lakers have someone who can score coming off the bench, they win games?! If only this happened more often.

Silvio said...
Nuggets @ Kings 122-93
Ouch. From nba.com:
THE STAT: The Nuggets outscored the Kings in the paint 92-40 on the evening. To put that number in perspective, the Kings only scored 93 total points. The 92 points in the paint is the most since they started being tracked in 2000-01.

Now me: And Nuggets were w/o starting center Mozgov + Afflalo/Fernandez out too. Granted, Russian is not scoring much and other two are wing players, but still. Add 20-25 FT and that' 112 of 122 points from close range.
So much about coach being root of the problem for Las Vegas Queens. Now "if I would" part is coming ...

I would keep Tyreke Evans as he's really good. Then Jason Thompson as he's smart and defensively good player while not hurting in offense. Then Chuck Hayes for veteran presence. And another veteran, Cisco Garcia that was always loyal and never whines about playing minutes.
Plus one more guard for some instant offense, Thornton looks best of the bunch - but he's most expensive at same time. Others may stay only if they're inexpensive, roster fillers.
All offense-only players, Cousins, Hickson, Donta (and it seems Jimmer and Isiah are of a same sort) - thank you, good bye. Real team doesn't need shiny things, it needs wins ... but maybe shiny things increase ticket sales, dunno, I'm not businessman. Also Salmons, he's not offense-only, but is selfish, locker room cancer and he plays good only in contract years. Outlaw is not NBA caliber player at all. Perhaps Whiteside and Honeycutt too, I don't know them well, but it's suspicious they're in D-League for most of the time.

But it can't happen :
a) it's impossible for owners/management to admit so many draft/trade errors, save for the case of ownership change and complete cleanup of back office
b) even if they trade/waive 10 players, they can't get back 10 good/solid players in return when most of other teams have same or similar shit on their rosters. And those that don't - they're not stupid to trade away carefully gathered solid roster.
1/26/2012 6:22 AM

Anonymous said...
Bargnani's nickname Bargs makes me smile everytime I read it. In my native Latvian it means "severe", and is used as an adjective for Russian czar Ivan The Terrible (aka Ivans Barg[ai]s).
It doesnt apply to Andrea smh.
1/26/2012 8:19 AM

In 2nd half Buck starters scored only 15 points (bench 48), out of which Jennings 13, other Milwaukee starters were benched for last 17 minutes of the game.
Not first time for Rockets to disappear in one or another portion of a game.
1/26/2012 2:02 PM
Post a Comment
<< Home
Subscribe
RSS Feed
Mailing List