I don't know about you guys, but I had a great weekend. But it's time to move on. And what better way to move on than these pictures? Thank you, NBA players, coaches, and fans, for giving us an unending supply of comedy. 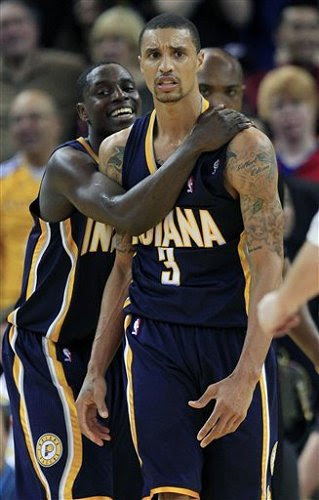 Caption This!
Seriously, people, help me out here!

"Even I can't give a crap about watching the Hawks play" 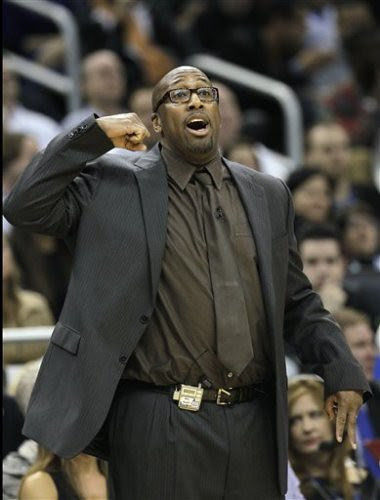 Who ya gonna call?? Mike Brown on his invisible phone! 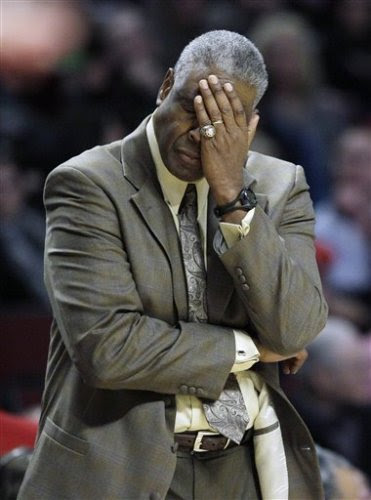 You know, I'm starting to feel really bad for Paul Silas. He needs a hug. 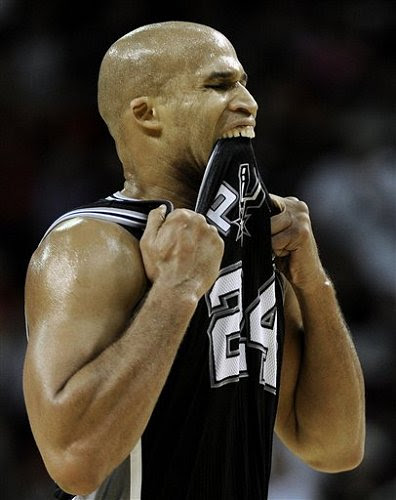 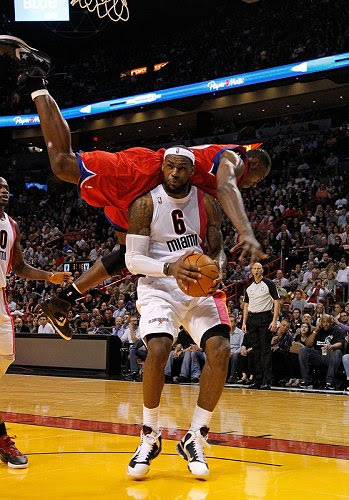 I bet Elton Brand goes crowdsurfing at concerts too

Where does Zaza end and Omri begin? 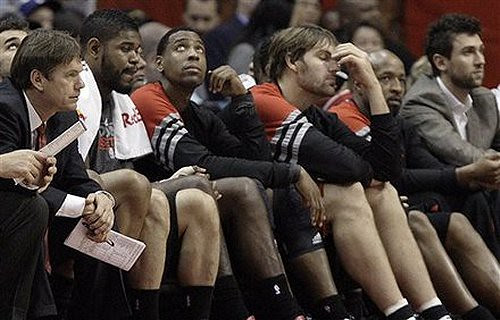 Sad Craptors bench is sad. And used to it.

Magic at Celtics, NBA TV, 7:30pm: It's Glen Davis' Boston homecoming! If Big Baby doesn't shed a couple tears, I may need to reconsider everything I believe in life.

Wizards Generals at 76ers, 7:00pm: They may still be mostly losing, but the Generals are finally trying hard and keeping their games somewhat close. What happened? Did someone inform the team "Hey, you guys DO realize the preseason is over. This stuff actually counts. Right?"

Spurs at Hornets, 8:00pm: The Hornets are averaging a league-worst 85.1 points per home game. Maybe they should reconsidering their choice to replace the rims with those undersized ones they use at the fair to screw you out of a fair chance to win a giant teddy bear.

Nyets at Bulls, 8:00pm: Chicago's injuries just keep piling up. We are about two more injuries from Bawful himself finally getting a shot at the big show.

Hawks at Bucks, 8:00pm: The Bucks are fresh off a somewhat surprising road win against the Heat. Can anyone say "letdown game?"

Rockets at Timberwolves, 8:00pm: The Timberwolves are 5-4 since losing Michael Beasley to a sprained foot. Just sayin'.

Pistons at Thunder, 8:00pm: Oh, Detroit. The Pissed-Ons are riding a 14-game losing streak against Western Conference opponents. Meanwhile, they are dead-last in points and rebounds per game this season. Coincidence? Also, the classic Ray Charles song Hard Times just came up on my MP3 player while I was typing this. Coincidence???

Suns at Mavericks, 8:30pm: This compressed schedule sucks. Maybe I should pull a Dirk and take off a week or so for "conditioning." (Just kidding, I wouldn't do that to you guys. I love you all too much.)

Kings at Trail Blazers, 10:00pm: Excremento is dead last in points allowed per game, and 5th to last in points per game. But they have still managed to somehow win six games. This is why you can't just look at averages.

When asked what Glen Davis brings to the table, Dwight Howard said, "Food."

Cetti said...
hahahahahahahahaha the magic. sorry. not only with a franchise-low 56 points and 16 made field goals. they also played with only four players on the court for one posession, before richardson recognized the mess and knocked the ball out of bounds witout checking in. the bawful level of the season has reached a point beyond human understanding.
1/23/2012 11:43 PM

HeBankedItIn said...
Me and my friend are 16 and we read this blog everyday. We love it so much we couldn't help but start our own, so we made one that isn't team specific but just focuses on the league as a whole. We have a live updated scoreboard, updated standings and stats, a weekly poll and weekly awards. Also, we have a page called This Day In Basketball History that we update daily. Check it out sometime!