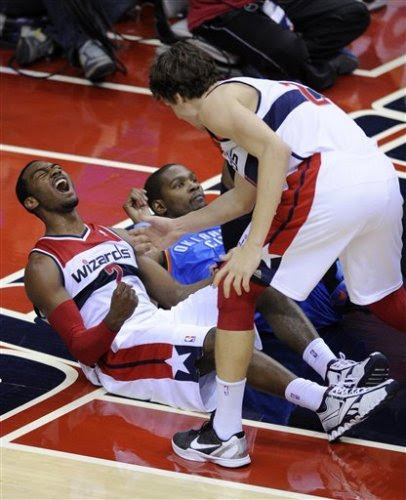 Bad news, friends. The ultimate Basketbawful dream is over: Greg Ostertag's comeback is already dead. Excuse me, I just need a few moments alone... I think I got some dust in my eyes or something... 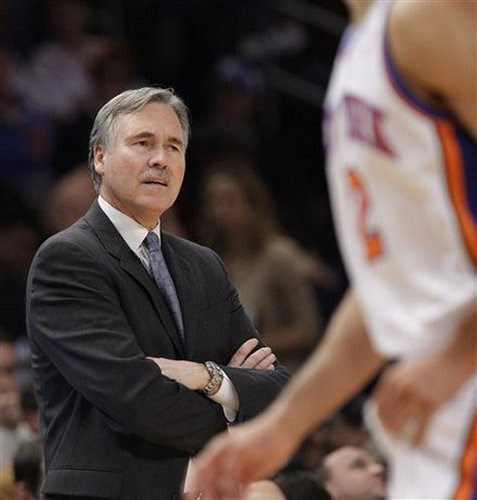 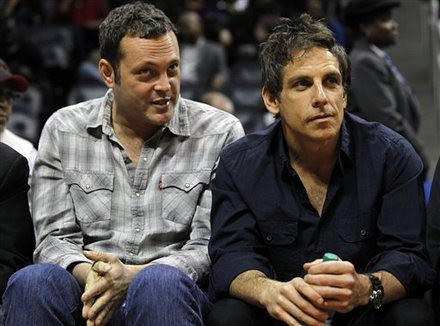 Aaaaaah! Kill it with fire! 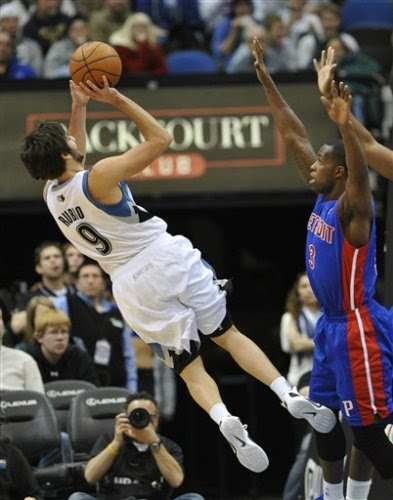 If this fallaway jumper had any more "fall" and "away" in it, Rubio would land on his head 5 miles back from where he started

Lakers at Heat, TNT, 8:00pm: EDDY CURRY EDDY CURRY EDDY CURRY. Oh, and no D-Wade and LeBron was sent home from shootaround this morning with illness and is a game-time decision. But EDDY CURRY, YOU GUYS! Also, this Brian Windhorst tweet caught my eye: "Eddy Curry has lost around 100 lbs. Yesterday worked extra hour after practice & they literally had to mop up his sweat. Might play tonight." One hundred pounds! Eddy lost damn near a full human being! However, wait for it...  "Curry said he stills gets winded easily and won't be able to play much." Yep, he is who we thought he is.

Mavericks at Jazz, TNT, 10:30pm: I don't know what's going on in Utah, but the Jazz have the best record in the 2012 calendar year. They have gone 8-1 over the past two and a half weeks. Then again, have you seen their schedule? The Jazz have only three road games the entire month of January. Three! And so far this month they've gotten to play teams like the Hornets, the Bucks, the Warriors, the Cavaliers, and the Nyets, plus a Clippers squad that had just lost Chris Paul and hadn't adjusted to playing without him yet. I'm not calling it fool's gold (this does seem like a solid team, after all), but I'm just putting that caveat out there.

Naz said...
That Rubio picture is the most hilarious thing I've seen on this site since the beginning of the new season

AK Dave said...
I was halfway through writing a comment on how shitty Ron Ar- erm, Metta World Peace is playing this season, but then I read that he has back and achilles' tendon issues. Ouch, man. Getting old is a bastard.

Still: no excuse for shooting 7.4% from 3 point range. I think Shaq could shoot that percentage from 3. Injuries or not: you should hit more than 7% of your treys- or else just pass the fucking ball. Mark Jackson has something he wants to tell you, Metta...
1/19/2012 8:13 PM

Silvio said...
Rockets scored 8 pts in 15 minutes, Q4 + first 3 minutes of OT. After Houston scored 58 in 1st half, they simply stopped playing, in those 15 min they went from +12 to -5. They played like they're actually payed to lose ... more precise, they looked like this seasons' Washington Generals.
Still Rockets won in the end (7-0 in last 2 minutes of OT) . Sorry, Hornets lost again - there was no winner today, it just happened that one of teams was more determined to lose.
Hornets. Again. Last 5 possessions: Jason Smith turnover, Jarett Jack missed three, Jarett Jack shot blocked, Jarett Jack turnover, Belinelli missed shot.
Guess Hornets are still in quest for "better basketball plays". Good luck with that.
1/19/2012 9:44 PM

kazam92 said...
Safe to say the addition of Shaq to Inside the NBA is analogous to adding Scrappy Doo to Mystery Inc.

Gökhan said...
has anyone seen these raptors mascots fails?

Silvio said...
Lakers @ Heat
It was lose-lose situation for me = either LeBron wins, either Kobe wins. I watched because of Eddy.
No good could come out of that game, evil forces were destined to score tonight. We lost that battle ... but we shall not _________
But it had its moments. Like Battier shutting down Kobe in 1st half. And Metabolic-Piece slapping LeBron, then during continuation McBob elbowing him in the other cheek. Douche didn't respond peacefully.
http://www.youtube.com/watch?v=8QkMXw-vOTg
1/20/2012 5:55 AM

Wormboy said...
@Kazam: "Safe to say the addition of Shaq to Inside the NBA is analogous to adding Scrappy Doo to Mystery Inc."

Can we get a proactive "this is why you fail" for inside the NBA? Way to destroy great chemistry, TNT. Oh, and Barkley is an awful game analyst. That's not his metier.

OK, to be fair it seemed like adding a known character like Shaq would be nothing but awesome. In practice it was terrible. Wait, we've got one of each guy: straight white guy, gushing Kenny, and mumbling Charles saying ridiculous shit. Did we we need another fat guy mumbling ridiculous shit? (Granted, Barkley is becoming non-fat through Man Weight Watchers-disturbing at multiple levels) It's worth noting that it took Barkley years to go from obnoxious retiree to lovable cut up. Should we wait for Shaq to do the same? Bad call.

Naz said...
For me though I love Shaq on inside the NBA because I actually really don't like Charles Barkley at all. Meanwhile Shaq is one of my favorite basketball players of all time, I love the guy.