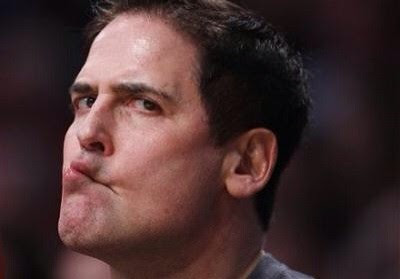 "Note to self: no more Atomic Warheads during games"

I know I just said last week that I won't be able to write BAD posts on Tuesdays this season, but today's an exception. I was able to get everything ready to go well in advance thanks to a three day weekend and a bit of insomnia. You're welcome. 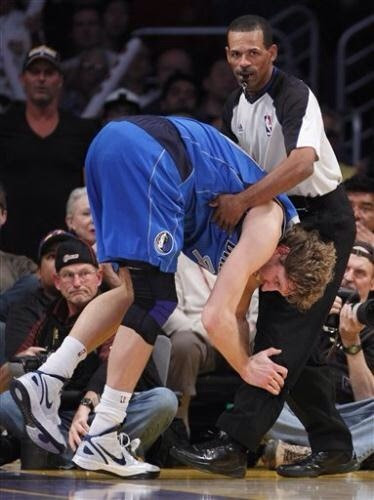 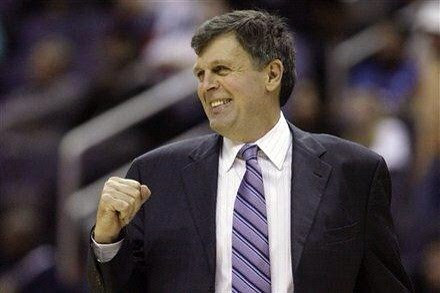 I don't have a caption for this. I just know that for some reason Kevin McHale's expression here makes me smile. 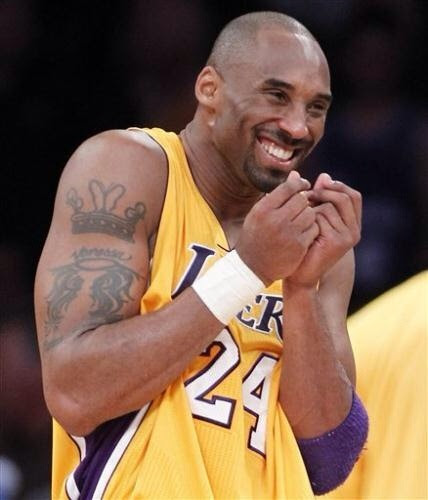 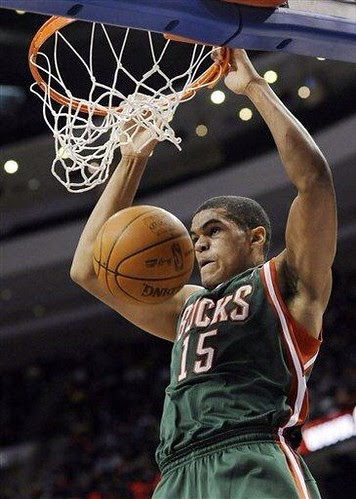 This is a truly rare moment -- a Buck scores a basket

Spurs at Heat, NBA TV, 7:30pm: No Wade. No Manu. I'm sick and tired of the injuries this year already. I want to see quality basketball from the best players in the world, not quality sideline-sitting in street clothes.

Warriors at Cavaliers, 7:00pm: The good news? The Cavaliers are finally done with their longest road trip of the season. The bad news? That means they have to return to Cleveland.

I never get tired of this

Bobcraps at Magic, 7:00pm: The Bobcraps are dead last in the league in points allowed per game. Surprised = nobody.

Suns at Bulls, 8:00pm: Here's a statistic that made my jaw drop: Chicago has given up just 66.8 points per game at home. They have had five straight home games where they've held their opponent to under 75 points. I can't even make a joke. I'm too busy being in awe.

Pistons at Rockets, 8:00pm: It's pretty depressing to see the Pistons are averaging only 85.4 points per game. But look on the bright side, Pistons fans. There is one team worse on offense than you! Thanks, Washington.

Nuggets at Bucks, 8:00pm: I would like to once again point out. The Bucks are undefeated at home (4-0). They are perfectly defeated (0-8) on the road. Is there some obscure team rule that requires all players to wear oven mitts on their hands at all times during road games or something?

Clippers at Jazz, 9:00pm: I know this isn't the same Clippers team we are used to seeing for years and years. But still. At what point during the season will I stop being confused when I see a winning record next to the Clippers' name?

stephanie g said...
In the '99 season all league-wide offensive categories nosedived to hell and took years to recover to previous levels. I guess the same thing is going to happen now. =[ I can't remember the last time I've seen so many teams struggle to break 30 in a half. It' starting to become the new normal.
1/17/2012 5:03 PM

Justin said...
No Wade and no Ginobili? No problem! You get to see James Jones and James Anderson go after each other. Now that's a star-studded match-up.

But it will be fun to see LeBron average 35 for the next couple months and some of the Spurs guys like Leonard and the Log Splitter.
1/17/2012 5:51 PM

Nick said...
Can we officially name the Suns offense "Seven Seconds or Mess"? If they're not in transition (usually the case) it's just bawful.

Czernobog said...
"The Bobcraps are dead last in the league in points allowed per game. Surprised = nobody."

I'm pretty sure I'm not the only Craptors fan who is surprised, if you get my drift.

And I never get tired of that Mike Polk video either.