“This is so Matrix,” Patch says. “Maybe you actually are a Laker fan, but your mind is imprisoned in an artificial reality constructed by Celtics fans. So when you choose the red pill to see how deep the rabbit hole goes, you wake up in a bath of primordial ooze with electrodes all over your body and a plug in the back of your skull. When you pull the plug and open your eyes, you’re surrounded by evil leprechauns and magic shamrocks, and above you there’s a giant Celtics logo and a hologram of Red Auerbach smoking a cigar.” Patch looks thrilled and impressed with his own imagination. “Awesome,” he says. 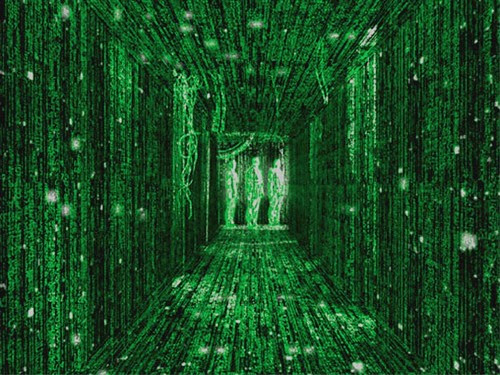 Well, it is Celtic green, and is that
the "Big Three" at the end of the hall?

“If we’re gonna get all sci-fi, why can’t he be a Bulls fan?” Bandana says.

Tooth wears a coy, knowing grin. The rest of us all notice it at the same time.

“I think we’re all missing the bigger picture,” Tooth says. He follows this with silence, like we’re all supposed to get it. Of course, we don’t.

“You lost the game of Mastermind,” Tooth says to me. “You engaged in a competition, were beaten fairly, accepted your defeat with dignity, and moved on.” Tooth admires me like a proud coach. “I hate to break it to you,” he says, “but that sounds like progress.”

A person deserving of such a compliment would reply with a grateful Thank you. I, however, do not. In fact, my body withers in shame.

“What,” Tooth says with apprehension.

I look around at the group, then at Tooth.

Tooth leans forward, concerned. “Let who continue what?” he says.

“I let Stuart keep eating the Mastermind pegs,” I say.

Tooth’s head and shoulders drop. “Oh, Doug, no,” he moans.

“I know, I know,” I say. “It was probably dangerous – an old man with game pieces in his belly isn’t the safest thing – but I wanted to make my point. I’m not proud of it. Before I left, I said if he thought he was so smart, he might want to check what comes out of his ass in the next 24 hours.”

“Bet it looked like m&m cookie dough,” Patch says, his neck bulging with the force of his guffaws. 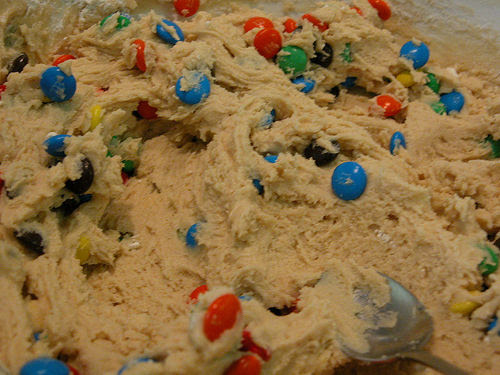 Tooth is the only one not laughing. He looks disappointed in me.

“So was it worth it, Doug?” he says. “Was it worth humiliating an old man to make a point?”

“Are you just saying that because you know it’s what I want to hear?” Tooth says.

“Should I be worried?” he says.

On the floor between us appears a chocolate cake with a neon green shamrock and bold letters that read:

“I thought so,” Tooth says.

Wormboy said...
Off topic: You know, I was watching a soccer game on TV last night (Seattle v Colorado), and I was contemplating why they call it The Beautiful Game. There were points at which each team worked the ball wonderously around the perimeter, and it inspired great appreciation. Then I flashed back to the playoffs and Dallas' dismantling of the Lakers. That was the basketball equivalent of The Beautiful Game. I was thinking about those stretches of absolutely beautiful offensive execution, and the amazing "all five guys on a string" team defense. Yeah, The Beautiful Game occasionally happens in basketball, though less common. Teams with a lot of individual talent will often win in the NBA, but it is heart-stopping when better teams when it all. That's what we saw this year.

OK< most Americans aren't going to appreciate soccer, especially the foul-laden FIFA version with low scoring. But the American fans, or some of them, do appreciate The Beautiful Game when they see it in a different sport. Teamwork trumping individual talent, and people playing together like are quintuplets (or dectuplets) or something. Sweet.
7/20/2011 8:52 AM

Anonymous said...
Despite the fecal reference, the cookie dough is still looking tasty. This old couple has created the best part of the trip so far... Good work ET. I'm reading, even when I'm not commenting.

Peter Sean said...
Without a doubt my favorite post so far. Evil Ted, I really enjoy your writing style. Makes for a nice change of pace when compared to most personal narratives nowadays.
7/20/2011 9:54 AM

Evil Ted said...
Thanks much. Glad to hear you're enjoying my stuff.

Rhett said...
wormboy: yep, that was dallas. My favorite stat of the playoffs? In games 4 through 6 of this years playoffs Dallas went 9-1, with the only loss being the brandon roy game. they just figured teams out and then took them apart.

I know the story is fictionalized but god I hope every word of this chapter is through. great job of constructing the old mans character to make the eating believable.
keep on rocking in the free world ted.
7/20/2011 11:29 AM

GonzoPal said...
Longtime reader here. Regular season this year somehow didnt feel as bawful as the recent years to me, so i really appreciate the "Tales of E.T. - ways of a green man". Gotta say you gained some serious momentum and are definetly up there with Livin Large, qualitywise. You add variety to the site plus Matt finally gets to charge his batteries. So big up to me main man!
7/20/2011 12:51 PM

Evil Ted said...
Rhett - There was definitely an old couple there. I say no more.

Chris - Yes, it was cookie dough. I think that is to be revealed in Shaq's upcoming memoir, "For the love of the Fame."