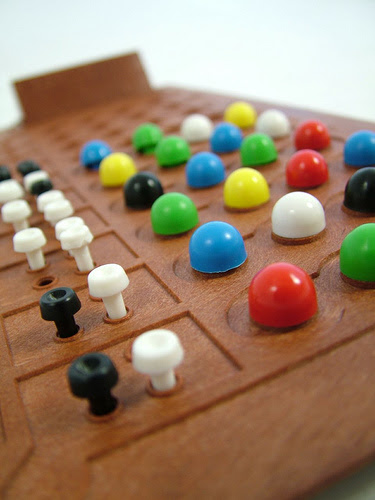 Melt in your mouth, not in your hands.

Beyond trying to ignore the scrolling black box of closed captioning text that obscures half the screen, watching Game 6 consists mainly of listening to Stuart and Mabel try to decipher what’s happened on each play, and which players are involved.

“What just happened there?”

“Why is Kobe shooting free throws?”

The closed captioning is no help, of course. The text is simultaneously moving too fast to read, and too slowly to keep up with the commentators. I don’t know how deaf people do it.

Adding to the torture, the Celtics are getting creamed. With the Lakers nursing a comfortable 20-point third quarter lead, Stuart turns to us and smiles.

“How about these Lakers?” he says, putting up an open hand for a high five.
Devlin and I, sluggish from our junk food haze and growing depression, look sourly at Stuart, who lowers his hand.

I sit up. “First of all, you’re the dark side,” I say. “Second of all, we never turned to anything. We’ve been Celtic fans ever since you met us a couple hours ago.”

Stuart looks at Mabel, then at us.

Stuart stares at the game for a few seconds. The one thing he can read is the score. The game is a blowout, and therefore does not hold his attention.

I pop my jersey. “Look at what I’m wearing,” I say, then point to Devlin. “Look what he’s wearing.”

“No,” he says. “You know how I know you’re wrong? Because there’s no way I would watch a whole Finals game with Celtic fans. No way… Heck, I refuse to even wear green.”

I look down. Stuart’s socks are green. Now I’m full on annoyed.

Despite every inability that Stuart has thus far shown, he processes what I’ve said. He looks to Mabel with a twisted mouth.

Stuart spits out the next word like it tastes bad. “Senile,” he says.

Stuart looks around the room.

“So…you think a senile man could beat you at Mastermind?” he says.

I’m confused. Stuart nods toward a shelf full of various board games provided by the resort. Sitting between Monopoly and Pictionary is Mastermind, a code-breaking game in which one player conceals four colored pegs of his choosing, and the opponent, aided by the hints of Battleship-like hit and miss pegs, has ten tries to guess the correct color and order.

I figure Stuart doesn’t have a shot in hell. I mean, in addition to being senile, he’s color blind to boot.

“Which means…we’re Laker fans,” I say.

I nudge Devlin with an elbow. “Go get the game,” I say.

“But I don’t want to be a Laker fan,” Devlin says.

My confidence is misguided.

Stuart needs only three guesses to beat me. After winning, he proceeds to eat one of the colored pegs, thinking it’s an m&m.

Following the 22-point Laker win that ends with Celtic big man Kendrick Perkins seriously injured and the series even at 3 games a piece, Devlin and I mope out of the hotel.

“That would explain all the hallucinations,” says Patch, following close behind us.

JJ said...
Wormboy, yes, Celtics championship hopes probably disappeared with his injury at that time. But, it still doesn't excuse 9 offensive rebounds from Gasol (was it only 9? It sure felt like 50 when I was watching the game). You can't tell me Perkins was the only in Celtics who knew how to box out. =(

Ugh, talking about this is bringing back all the memories. That was a horrible, horrible game 7. Both sides tried to lose the game so badly.
7/19/2011 1:36 PM

Rhett said...
Perk getting hurt ruined that series for me. Watching Kobe have a god awful game 7 and still get to elevate his status in the history of the game. ugh. Substance fell and hype got to slide in and take all the rebounds.
The way things are going I'm pretty much expecting you to end the next chapter wearing a Kobe jersey after taunting a school bus full of handicapped kids.
btw, great job keeping interest in a story that centers around an event that we all know the oitcome of.
7/19/2011 3:44 PM

Evil Ted said...
Rhett - Well, that was the goal: to somehow create something good out of something bad (and with a known outcome)...for me, the best sports movie ending ever was the Bad News Bears (Walter Matthau version, not Billy Bob Thornton). They lost the game (spoiler alert!), but flipped off the other team and had a party anyway. I'm tryin to capture a little of that making-lemonade-out-of-lemons attitude.

And it's also a work of fiction, meant to be about more than just the series itself.

Jon said...
Hi, Evil Ted. I never comment but I thought I'd leave my two cents for once. I'm really enjoying your writing style in this story/series. The first chapter threw me a bit, but once I got a couple of chapters along I really got sucked in. Anybody who has struggled with being over competitive/sports obsessed should be able to relate to your struggles in this story. I've certainly laughed nervously as a few parts struck a little too close to home. Thanks again.
7/19/2011 6:46 PM

Evil Ted said...
Hi Jon, thanks for your thoughts. I appreciate that.

I do hope the entertainment trumps the competitive-empathy-discomfort...I think the competitive thing is a common theme, but wanted to come at it from a point of view that makes you laugh more than squirm. (Although there is always a place for squirm factor - it's what makes The Office so good).

If there are any other silent enjoyers of my work, I'd love to hear from you.

The Jorge said...
I definitely fall into the category of silent enjoyer. I like what you are doing and agree with Rhett that you have really created an interesting narrative of events that we know the outcome. How they affected you and the struggles you (may have) had to go through are really fun to read. You have really stepped up your game in these last couple of chapters too. Keep them coming!
7/19/2011 11:57 PM

Rik Smits mullet said...
I also never commented. Iam one of the biggest kobe haters ever to be created out of cosmis dust, divine intervention and pure magic even while i know what kind of stains kobe is going to leave on the nba history books, iam still really enjoying your story.its written almost as a movie script and its enjoyable to visualize your agony while commuting. Thanks evil ted for sharing your stories on the internet much better then reading about the lockout and players who want to step in Allen Iversons footsteps by playing in Turkey.
7/20/2011 5:27 AM