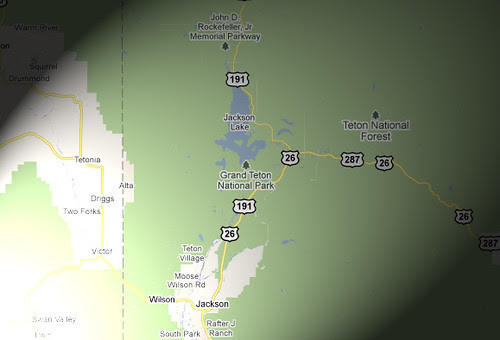 The third hotel Devlin and I visit, 15 miles from the Cove where our Cabin is located, has a TV.

“Will the Celtics-Lakers game be playing?” I ask the twenty-something girl behind the counter.

“Funny you should ask,” she says. “A couple of Laker Fans came by earlier to ask about the game. I’m sure it will be on.”

My arch-nemesis. Like Nazis to Indiana Jones. Newman to Seinfeld.

Patch is at my shoulder.

“Finally, a showdown with dreaded Laker fans,” he says. “Have them drive up in that yellow convertible I was talking about…and they should be eating sushi and talking about movie production deals.”

I shoo Patch away.

To be honest, I’m kind of looking forward to the idea of having Laker fans in attendance. It’ll no doubt add energy and good-natured razzing to the proceedings. And besides, I’ll be covered regardless of the outcome. If the Celtics win, I have someone at whom I can wag a “we’re number one” finger. If the Celtics lose, I can still offer a parting shot of: “I’m not worried. The Celtics will take care of business in Game 7.”

The lounge is custom-made for Game 6 – a widescreen 40-inch television and two plush couches, side by side. Celtic Fans go on one side, Laker fans go on the other. Perfect.

Devlin and I arrive a few minutes before game time, Devlin in his green Ray Allen jersey and me decked out in my Larry Bird home whites and Celtics cap. I spread out the various snack treats purchased at a nearby convenience store – cookies, ring dings, Twinkies, m&ms, peanuts, soda, swizzle sticks. As the teams are being introduced, I hear a man’s voice in the hallway.

I feel a surge of expectation.

In the doorway is an elderly couple – no less than late-70’s, I’m guessing. They’re dressed well – her in what I can only describe as a frock, and he in a white Polo and gray suit pants. They look like people rich enough have a million clothing options, but too old to care about exercising them.

It takes them a while to reach the couch across from us.

“Here for the game?” the old man says.

Devlin and I dead pan each other. Apparently the jerseys aren’t enough.

“Oh, Chicago,” he says. “You like…” He leans toward his wife. “Mabel, what do they like in Chicago?”

Mabel hums, as if her body automatically makes this noise when she thinks.

“Ah,” Stuart says, turning to us. “You like Pizza?” Again with the laugh.

Stuart is distracted by the tip off.

I never understood men who call their wives Momma. It’s creepy. How do you have sex with a woman you call Momma? Maybe you don’t. I guess in your late-70’s, sex is a distant memory anyway.

Stuart’s first act is to hand me the remote.

“Could you do me a favor and turn on the captions?” he says, then points to a device lodged in his ear. “This damn thing hasn’t worked right in almost a decade.”

AnacondaHL said...
I think it's short for "Momma/Daddy of my children", or "Baby Mama", etc.

You angered Native American spirits AND messed with the elderly?! I'm not even surprised the Celtics lost anymore.
7/18/2011 2:08 PM

AnacondaHL said...
Oh, the "who's your daddy" thing is a simple exploit on a generalization of most daughter's fucked up relationships with their Dad. Jeez, may as well question why some people get off on spanking, or why people can't tell Superman is Clark Kent w/o glasses.
7/18/2011 2:11 PM

Rhett said...
and inducing flagrant fouls in a youth league. oh yeah, and using your hat as a bartering chip so you could have the privilage of doing some ladies laundry. oh, and the buying laker jewelry. oh and, oh nevermind, the list is too long to peck out on my phone.
7/18/2011 5:54 PM

Evil Ted said...
Rhett - Nice to see you're paying attention. The best is yet to come.

lordhenry said...
ET, you are actually making my life as a Laker fan easier right now--with this story, I can jog down memory lane to a time where the Lakers win the title, as opposed to getting swept by the Mavs.

Also, I get to relish the pain of a Celtics fan along the way, albeit a fictional one.

Koggz said...
Oh ET, tempting the fates so, you are such a tease (ironically, my captcha is atese). In retrospect, were Dougs sacrifices worth the possible karmic aftermath of a Laker victory? I say yes, but only cuz I'm a Laker fan.

Perhaps we should photoshop Doug into the 2010 Laker championship banner for his universal and spiritual contributions haha.

Evil Ted said...
Koggs - This tome is my sweet revenge! Just as good as the Larry O'Brien trophy!