Heads turn toward the open cafeteria door. Standing there is a woman in a gray business suit. She has short dark hair, narrow horn-rimmed glasses, and her arms clamped around a white, 5-gallon plastic bucket.

“Is this the Competitors Anonymous group?” she says.

“It is indeed,” Tooth says, standing. “Please, join us. Welcome.”

Clutching the bucket with white-knuckle force, the woman slowly approaches. Patch and I slide apart, and Tooth sets up a metal chair. Delicately, she takes a seat.

“Annie,” she says, and looks around. “No other women?”

Tooth grins. The yellow fang in his mouth shines like corn. “You’re the first,” he says.

“Not any more than the rest of us,” Tooth says.

Patch smiles. “Welcome to the Island of Misfit Toys,” he says. 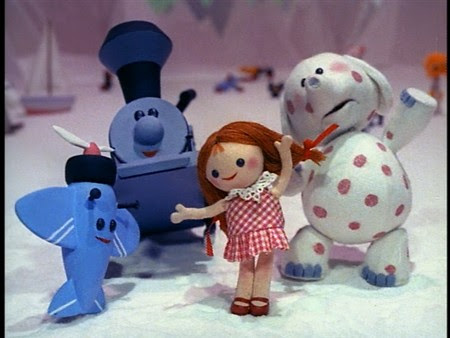 Blackhawk nods. “I love that cartoon,” he says.

Annie notices the lot of us staring at the bucket.

“Are you sick?” Tooth asks.

“Not the way you think,” she says.

“My daughter-” Annie lowers her head into the bucket and gags. Patch and I lean back to avoid potential blowback. “-came in second for Illinois Earth Princess.”

“A beauty pageant,” she says.

“Ah,” Tooth says, “and you’re having a physical reaction to her losing?”

Annie adopts a steady, fixed glare. “She didn’t lose,” she says. “She came in second.”

“Well, to you, that’s the equivalent of losing,” Tooth says. “Otherwise, you wouldn’t need a bucket.”

Annie concedes with a shrug.

“Have you been to a doctor?” Tooth says.

“Yes,” Annie says. “There is nothing physically wrong with me.”

“Yes,” she says. “Neither the exorbitant hourly rate nor the Xanax prescription helped suppress my urge to vomit.”

This gets a couple of chuckles.

“I’m ferocious at home and work. I’ve moped after losing Pictionary to my kids. I’ve ranted and raved after losing a three-legged race at a company picnic with my husband. Now that I’ve got my daughter in pageants, it’s graduated to nausea,” Annie says. “After the state competition, the feeling won’t go away. It’s been almost a week now.” She taps the bucket. “I’ve had to take this everywhere.”

An older man, probably in his sixties, produces a toilet plunger from behind his chair. I never noticed it before. At least now I know what to nickname him.

“I have to take this with me wherever I go,” Plunger says. “I haven’t been regular for almost six years. Only go about once a week. When I do release, I can overpower just about any crapper.” He looks around at us with a proud smile. “I once put a stress crack in one of those low-flow toilets.”

“Can that be considered a superpower?” Patch says. “Cracking porcelain with your bowel movements?” 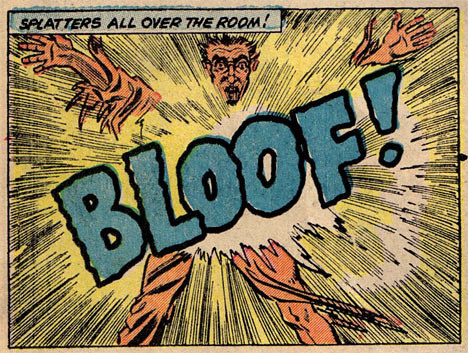 “If it is, then call me Superman,” Plunger says with a sustained, gravelly laugh.

As soon as the residual chuckles subside, a man in a brown shirt and pants is standing dead center of the group.

I think I recognize him.

Annie looks perplexed. “Is it always like this?” she says.

The group, including the Yellowstone guy, nods collectively.

Fascinated, Annie lowers her bucket to the floor.

Evil Ted said...
Thanks, ROP. I knew you would be...and I knew you'd be enjoying yourself.

cdc - not to get all emperor's new clothes on you or anything, but only smart people understand my stuff. And why is the Center for Disease Control reading my story?
7/12/2011 5:43 PM

Evil Ted said...
Actually, I take that back. You don't need to be smart. I've seen more sophisticated conceptual material on the Disney Channel. I should be able to express something more complex than "LeBron sucks and here's why" without blowing your gaskets. Seriously.
7/12/2011 5:47 PM

Koggz said...
Can we show you love here still? Porcelain shattering dumps would be pretty sweet.

On a side note, anyone else experience errors while trying to get to the Basketbawful site? Like, it will try to load some random page extension like basketbawful.com/OXyn8 or something then say it doesn't exist and I'll have to manually delete that and reload it to get here, even when I didn't add that page extension myself. Been happening for awhile now... weird.
7/12/2011 7:02 PM

In fact, at the end of the narrative, I'm going to try to gauge how many people have enjoyed the piece, to serve as inspiration for going forward with other manifestations of the story (a play, a movie, etc.)...I have a long term plan / hope to to do something on film if this isn't picked up by someone with more means.

Regarding errors on the site - I have no insight there.

Charlie! said...
I don't know if it counts, but I'm really enjoying the narrative!

Panki said...
Enjoying it from Poland (if you are counting countries).

Wormboy said...
Ha! I was thinking, "how do you tell a guy that you're writing at above the 8th grade level? I mean, you don't want to discourage comments, but...."

Still here, and I love you man.