He looks at me as if this is supposed to mean something. I return a blank stare.

He and I are forehead to sweaty forehead in my backyard basketball court. He starts pacing and dribbling, as he looks to drive.

Now I understand. I shrug it off.

“I won’t miss any of the games,” I say, stepping side to side along with him. “And besides, who’s to say the Celtics will even make the Finals?”

“Really,” Bill scoffs. “They won it all in ’08. The only reason they didn’t make it last year was the injury to KG. Now he’s healthy, and they’ve added Rasheed. How could they not make the Finals? And it’s going to be against Kobe again. You know it is.”

“Possibly,” I say, clearing the ball. “But I won’t miss anything.”

“Really,” Bill says, “South Dakota…Wyoming…you’ll be lucky to find a picture of a TV set. A few months ago, I went apple picking outside DeKalb. It’s barely an hour West… might as well have been rural China. There was a diner there that closed up shop at Two p.m.”

I stop dribbling, and Bill straightens from his defensive posture.

“You’re being dramatic,” I say. “There are…cities and stuff.”

“Oh sure, and between those cities are enormous stretches of nothing,” he says. “I’ve taken the Yellowstone trip, my friend. Do you have any idea what kinds of attractions you’ll be stopping for?”

My heart rate is rising. These are the details I have intentionally avoided. I need to be completely ignorant when I step into that minivan. It’s the only way I’ll survive. I start humming, but I can still make out Bill over the drone.

“I can damn near guarantee you there’s a giant rock carving, a building devoted to the wonders of corn, and a sanctuary for dangerously well-endowed horses in your future,” Bill says. “While the Celtics are playing the Lakers in the NBA Finals, you’ll be in a cabin made of cow pies playing travel monopoly by candlelight.” 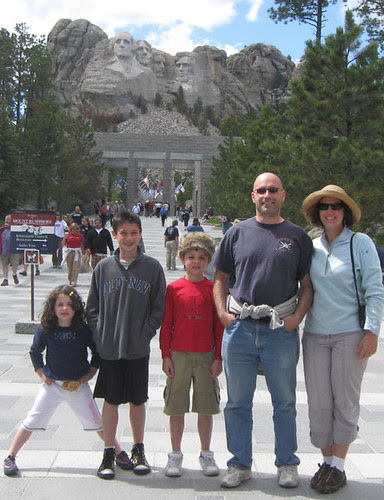 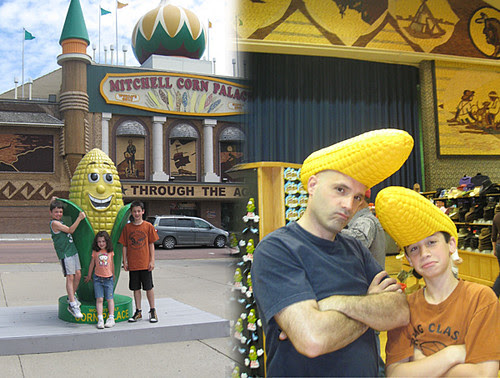 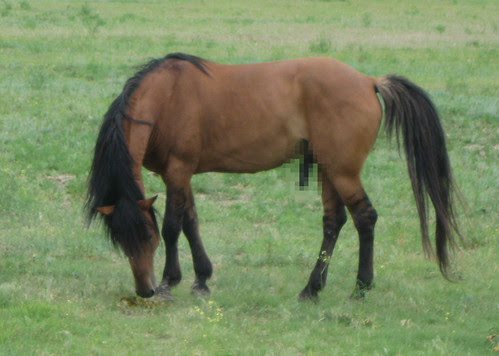 “And don’t even get me started about Yellowstone,” Bill says. “You know what qualifies as entertainment at Yellowstone?”

I close my eyes, as if that will help. I know Bill means well in some twisted way, but he might as well be shoving bamboo under my fingernails.

“BUFFALO!” Bill says. “Also known as Bison. I’d explain the difference between buffalo and bison to you, but I don’t want to ruin it…because instead of watching another historic NBA Finals on 42 inches worth of stunning high definition, that’s what you’ll be learning about.”

Bison, or buffalo...one or the other

When I think he’s done, I open my eyes and stare at Bill. He stares back, looking at me like I’ve just told him I have cancer.

“I’ll be fine,” I say, then make my move and drive to the basket. My burst leaves Bill frozen and flat-footed, which is why I’m stunned when my lay-up is swatted and I tumble to the ground.

Above me, a burly bandana-clad man flexes and growls like he’s just blocked LeBron James, and not a Glucosamine-Chondroitin-taking 40-year-old.

“That explains it!” he says, sneering down at me.

Koggz said...
This has been most excellent so far. Now I have to ask, due to the fact that you said some of this is fictionalized, but mostly based on true events, did Bill actually accurately make those trip event and Finals predictions or is that something you added to the conversation after the fact? Because if it's the first case, that man's a witch and I would ask him for the first seven numbers that pop into his head next time you see him.

JJ said...
ET, were taking notes during the trip in anticipation that you will be reminiscing about it later? Or you just have a great memory? I guess maybe it's a pointless question since you can fictionalize any memories that might be blurry anyway. But, I'm just curious since the details are so vivid.
6/22/2011 11:41 AM

Tree said...
I have to say, you look surprisingly happy in front of Mount Rushmore in spite of what you've shared so far ... I'll never understand the allure of that place, but that could easily be explained by my being Canadian.
6/22/2011 12:46 PM

Evil Ted said...
Thanks, Koggs. I'm glad you're enjoying it. To anyone enjoying the story, I always welcome and appreciate "I'm enjoying this" feedback and comments.

I hope I didn't include the word "mostly"...the story is based on the very true events of my traveling and trying to follow the Finals. Within that trip were specific events (which are to come) involving boy scouts, other fans / campers, native american trinket makers, and so on, that gave me my baseline material.

The fun for me is fictionalizing things...kinda Curb Your Enthusiasm-ing them a bit (a little "wouldn't this have been funny if I said this or if that happened"), and letting the line between reality and fiction blur into comedy.

Bill is not a fortune teller. Just Doug's pal.

JJ - I wasn't taking notes, and I do have a lousy memory, but the pictures are there for reference, and I pulled out the day-by-day itinerary my wife created, compared it to the Finals schedule from online, and was able to easily remember the circumstances behind trying to watch each game.

We haven't even reached game 1 yet! So little to see, and much time - wait, strike that, reverse it.

People who don't smile for pictures need to go into an asylum.

I've never understood the allure of going to the Northern side of the Falls, so we're even.

AK Dave said...
What I want to know is: how can we get Steve Nash's production enterprises to run with this script. I'm imagining Greg Ostertag as Doug McAllister and Rip Torn as Tooth. The children can be played by Fred Savage, Macaulay Culkin and whoever hangs out with them these days. (They're still like 10, right?)
6/22/2011 3:18 PM

Evil Ted said...
AKD - If I can't find a producer / distributor / publisher / person with clout, I have a three year plan to go forth and make the movie myself. When that fails, it will become a five-year plan. And then, a seven-year plan.

I currently imagine Vince Vaughn as Bill, and for whatever reason, plucky character actor Steve Zahn as Patch (who plays a bigger role as things go on).

I get to play Doug, of course.

I always wanted to father Fred Savage and Macaulay Culkin. I'm sure audiences will believe I had them when I was 7.

Tree said...
ET - poorly worded on my behalf, I suppose. What I mean is that the smile doesn't seem forced. I agree with the asylum comment - but I am one of those people who look exceptionally uncomfortable in staged pics (you know, the "is that a smile on your face or are you trying not to pass gas" look).

Re: the Canadian Falls - man, you're missing out. Casinos, cheap booze and easy women galore! Next time you're upstate NY, I recommend (don't bring the wife ... mine's a real downer everytime we go). I should also add that when I went to Mount Rushmore, I was briefly detained and interrogated for going over a fence to get a better angle for a picture ... so I am unabashedly biased.

JJ said...
You wanted father Fred Savage AND Macaulay Culkin? Now, you're just being greedy. Also, there is such a thing as too much of a good thing. LOL.

Hey, how about Neil Patrick Harris as one of your kids? I think every movie needs an annoying, smarty-pants kid. Then again, he turns gay later (in real life). Not to be a bigot or anything, but I'm not sure how you feel about one of your kids turning gay. Could be an interesting twist for the story though.
6/22/2011 4:15 PM

Any chance that, by some spectacularly weird time warp, your older son is actually a member of the Beastie Boys? I'm thinking maybe Adrock.

Evil Ted said...
JJ - Of course I'm going to love my kids in every circumstance, even if they turn out to be...gasp...gay (did you really expect me to say anything different?)

Worm - Adrock! I gotta find a way to use that name in my next bit of fiction...

Sandman - That's what Attention deficit will do to a man...glad you're enjoying it.