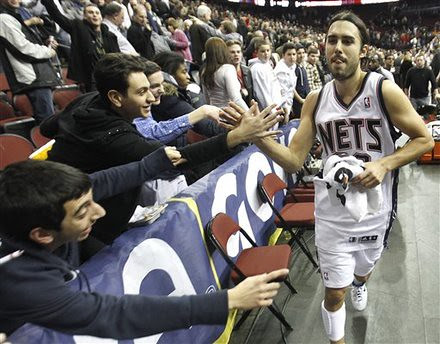 Nothing about this picture makes any sense! This can't be right!!
Well, what can I say? I warned you guys about that Bulls/Nyets game last night. I still don't understand it, but I warned you! In better news, we at least have one semi-watchable game on national TV tonight. That's a start, right?

Footbawful: Check out Nate Silver's "The 2010 Seattle Seahawks: Worst. Playoff. Team. Ever?" It outlines teams from the major American sports that have been godawful over the years, but still somehow squeaked into the playoffs. And of course this gem so good it deserves its own blockquote:

According to Mr. Sagarin’s formula, the Seahawks would deserve to be favored by just 3 points against the 2008 Detroit Lions, who went 0-16.

Damn. I'm not piling on you, Seattle. You're a nice city. I went there over the summer and attended a few Mariners games. I also miss the Sonics. But this is historically bad football! 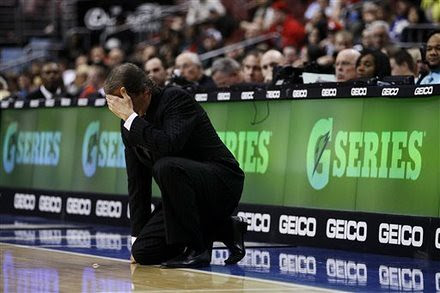 If you have any doubts about the quality of basketball played by the Wizards Generals, just refer to this picture 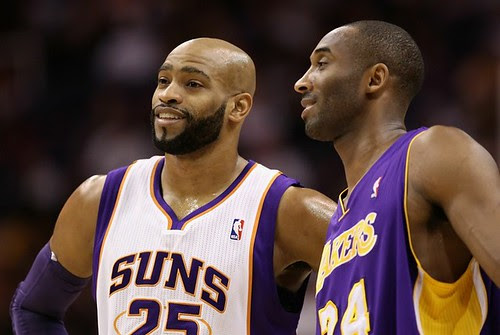 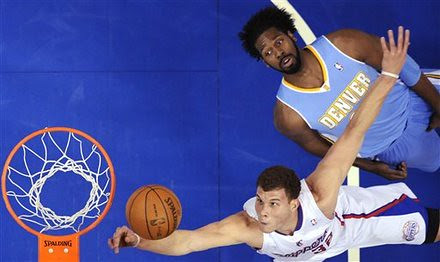 Nationally Televised Games:
Thunder at Mavericks, TNT, 8pm: Caron Butler's out for the rest of the season, and Dirk's still hurt. That means DeShawn Stevenson has been forced to score points lately. And that's just wrong.

All The Other Games:
Nuggets at Kings, 10:30pm: Speaking of things that are just wrong... The Purple Paupers should never be on national television. It's just bad for the league. We all know how David Stern is concerned about the NBA's image. How can he allow this?

Go ahead and re-read that article you linked to that ranked the Seahawks as the "worst playoff team ever." Some pretty funny comments posted after Jan 8, you know, when Seattle WON.

Anyone who comes up with a statistical model that says a 7-9 team would only be favored by 3 against a 0-16 team is deluded.