Is it wrong to assume Dwayne Schintzius drove a bitchin' Camaro?
(Via Andy Gray's SI Vault)

Tragic news, as passed along by Basketbawful readers Preveen and NarSARSsist: Darnell "Lacktion" Jackson has been shipped to the NBA D-League. (Chris: And also noted by NarSARSist: Cedric "Lacktion II: Electric Boogaloo" Jackson's return to the undertier as well.)

This is horrible news, but also unsurprising considering that the Crabs are the same team who decided it was a good idea to set a world record for "largest gathering of people wearing fleece blankets." Yep, Snuggies.

Speaking of facepalms, we need something to cheer us up, and this ought to do it. AnacondaHL has decided the New Jersey Nyets need a new team logo. I agree, and wholeheartedly approve of his effort: Caption This!
How in the world does Stan Van Gundy keep showing up so often in my Caption This! photos? 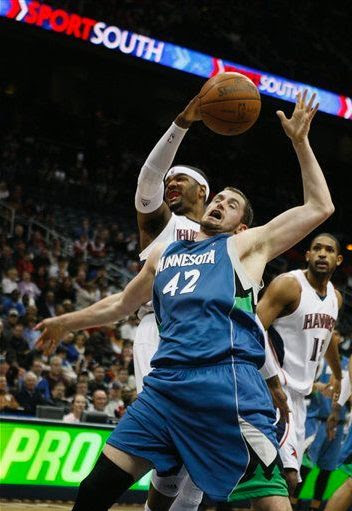 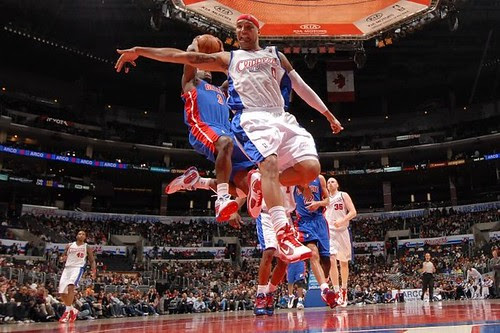 Drew Gooden and the Clippers - a match made in heaven 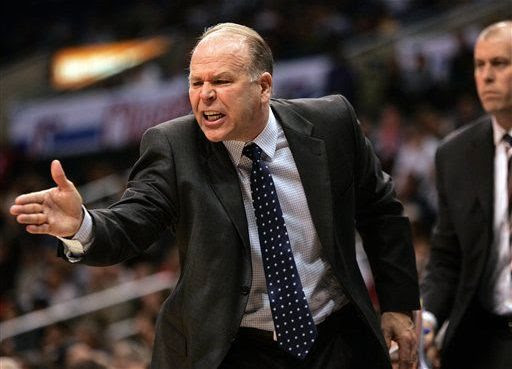 "I'm a karate man! And a karate man bruises on the inside! They don't show their weakness." 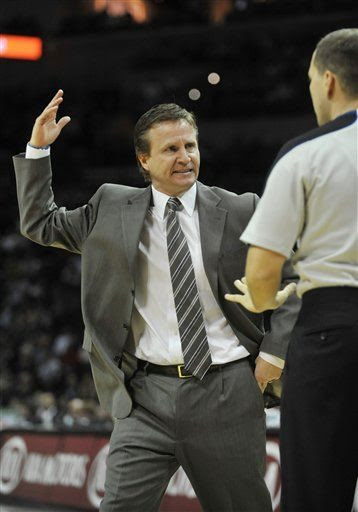 You know, arguing with the refs via interpretive dance isn't any more likely to get a call changed
Nationally Televised Games:
Crabs at Celtics: Tonight we get to see the public debut of Brian Scalabrine's orange-hued body as he wears a spray-on tan. It is unknown if he followed through with the "gym" and "laundry" part of the Jersey Shore G-T-L routine.

All The Other Games:
Bucks at Pacers: You mean the NBA and TNT didn't want this game to be on national TV? Huh. Wonder why?

NarSARSsist said...
The Warriors are contenders to pull my chicken nuggets out of the deep frier at McDonald's.
Good luck getting your nuggets. They'll probably find some way to lose them too.
2/25/2010 3:59 PM

Will said...
Caption: If Ron Jeremy is the Hedgehog, Stan Van Gundy is the Walrus.
Bonus Caption for the Gooden pic: He was going to block the shot, but Drew saw one of his homies in the crowd and had to give a shout out.
2/25/2010 5:17 PM

chris said...
As a huge fan of Genesis, I gotta see the video referred to here in this article on the Scal-Tan:

With the bet agreed upon, Toucher and Rich launched the “get that man a tan” campaign, complete with production pieces featuring Scalabrine asking for votes and singing Phil Collins and Vanilla Ice

HASHEEM THABEET TO D-LEAGUE, HIGHEST-DRAFTED EVER PLAYER TO BE DEMOTED!!!

I wonder if my dilligent lacktion track has finally woken the Grizzlies up to their second coming of Darko Milicic!!! (Or is that Sam Bowie?)
2/25/2010 10:45 PM

TNT commentators on the Biedrins Watch!!!!

Basketbawful said...
I officially throw in the towel on the Celtics. They're done.

chris said...
The booth on Denver finally breaking through the East Oakland 'efense -

"The size...they're starting to wear them down."

chris said...
Bawful: Ironically, they'd be better off in the West, where they seem to match up great with the Lakers.

chris said...
Here's a stat that LotharBot will love: