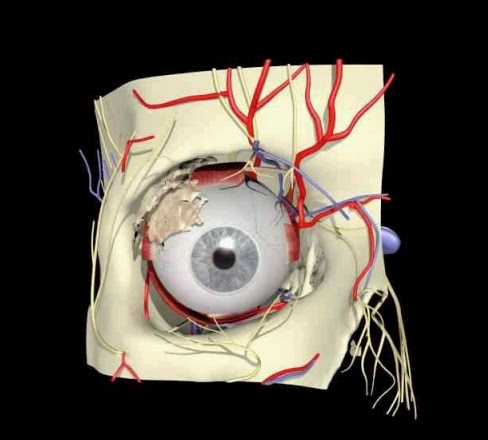 Amare Stoudemire. Could be out for the rest of the season. Seriously: "The beleaguered Suns announced Friday that Amare Stoudemire was forced to undergo eye surgery to repair a partially detached retina suffered in a Wednesday night rout of the Los Angeles Clippers. It is Stoudemire's second eye injury since October and the All-Star forward could miss the rest of the regular season."

More detailed info: "Dr. Pravin Dugel performed the procedure to repair a partially detached retina in Stoudemire's right eye. The doctor indicated that recovering from such a surgery varies on a case-by-case basis, though the forward's return to physical activity is estimated to be eight weeks."

The official reaction: "We are very glad to hear that Amare should have a 100 percent recovery relative to his vision and his long-term prognosis is excellent," Suns president Steve Kerr said in a statement after Stoudemire had surgery. "Obviously, it is very disappointing to lose him at this time. We are all very excited about the progress the team is making, but Amare's health and the health of all our players is our No. 1 concern." Translation: "F***********K!!" That's pretty much how I feel...

Wow, Yams, if Stat taking off his goggles early partially lead to the injury, then that's just unforgivably stupid. Like when Rip took the mask off early and broke his nose again and again.

So who's going to start at PF now? That white guy?! I'd sure like to see some ultra small ball with a Nash/Barbosa backcourt and Hill/Richardson at the forwards.
2/20/2009 1:17 PM

skr said...
What a kick in the sac for the Suns, could the timing be any worse?! Literally the day after they could have tried to swing a trade to get some help. Star players are dropping like flies all the sudden: Amare, Big Al, Chris Bosh, Manu, Danny Granger, Bynum, Michael Redd, Bogut, and T-Mac (I know star is a stretch here). Not good for the league overall...
2/20/2009 1:19 PM

Anonymous said...
We need a new nickname for Stoudamire. Tracy McGurney/Knee Mac has a good one. What about Amare?

D. Klein said...
Man. Just when I started to get excited about the Suns again. He shoulda kept the "Amar'e-Vision." Hard to say whether or not J-Rich or Barnes will be able to pick up any of the slack. I'm sure Barbosa will get some extra time- hopefully his production will remain consistent. Dammit...
2/20/2009 1:28 PM

Hey, everybody (but, mainly chris) what do you think of this list? Who am I missing and/or who should I drop?

Talk amongst yourselves. Vote for starters.

I'm going to see how my first attempted video capture came out. I'm excited, it was a streetball showdown for the ages. You'll see... okay, I'll give you a hint, it begins with Matt Bonner swatting the crap out of Brian Scalabrine.

And, yeah, 'bawful, I'm thinking Greg Oden and his pod-person look-alike wrestle every morning for who gets to be the one in public for the day. Sadly, I think it's the pod-person that puts up the decent numbers. I guess it's nice that it let's the real Greg leave the house once in a while.
2/20/2009 1:31 PM

chris said...
skr - It seems, IMO, that the NBA trade deadline is a bit too early for any real activity to happen...the NHL's is earlier than it used to be, which still puts it a full week or two after (and that's considering the NHL regular season starts 2-3 weeks before the Association!).

Plus, too much of the "expiring contract" consideration factors into this, much like the salary cap for hockey has killed most of the mid-season trade action until the deadline period.

The ONLY person there I'm iffy on including is Robin Lopez, the rest of those names are well-chosen non-contributors
2/20/2009 2:11 PM

Anonymous said...
AK - I put forth these suggestions, in order of preference:

iMare Stoudameyere
The Blueblocker (I wonder if he can do the blueblocker rap from that infomercial)
The Eye of the Sun
Winky
2/20/2009 2:21 PM

benschon said...
I am just noticing this: what's up with the spelling of "Amar'e"? He claimed in an interview that Amar'--with an apostrophe--is the correct spelling, and that the Frenchie accent over the e, or no markings at all, was always wrong but he never bothered to correct anyone.

In that case, what does the apostrophe stand for?

Maybe his real name is Amarouchyoujustpokedmeintheeye, but that wouldn't fit on the back of the jersey, so he just goes by Amar'e for short.
2/20/2009 2:26 PM

flohtingPoint -- Not sure if I ever mentioned this here on the site, but back when the Amare-for-KG rumors were going around, I was talking to my friend Statbuster just SCREAMING for the Suns to pull the trigger on that move. "Why wouldn't they? WHY WOULDN'T THEY?!" I asked while reaching near-hysteria. I feel that way again, right now.

Victor -- That picture is basically the graphical representation of how I feel right now. Or it would be if there was a noose around it.

AK Dave -- How about SCREW YOU AMARE FREAKING HELL DAMN IT for his new name? I like it.

tony.bluntana -- Nice list. But I have to leave this judgement call to our lacktion expert. Chris?

chris -- I leave it to you to compile the Definitive All-Lacktion Team.

benshon -- You know, during high school, my college girlfriend (yes, we were friends first) changed her name from Aimee to Aime'e. This changed the pronunciation from "Amy" to the French version, "Uh-may." I accepted it because, of course, I had no choice in the matter. But it still kind of makes me want to kick myself in the groin.
2/20/2009 2:45 PM

chris said...
Bawful - I do think the list is pretty good but I'll doublecheck through weeks of reports to make sure. ;)

And Aimee is a really cool name (i.e. Aimee Mann, the singer-songwriter.) It doesn't need a freaking apotrophe...but what do I know.

BTW, it seems like the squads of bawfulness are the source of injuries for the playoff teams...look at how Memphis has become Andrew Bynum's kryptonite!
2/20/2009 3:17 PM

Actually, it just occurred to me that Kyrylo Fesenko has started to appear more often as Utah's human victory cigar and probably is the best choice in the West not yet on the list.

The Eastern All-Lacktion squad seems to be overflowing...people like Acie Law and Marreese Speights must feel they're in the Mo Williams role right now for the anti-game.

Anonymous said...
I remember rotting white chocolate had a 37 pt game last year....then again he was playing with the D-league all stars known as the 07-08 heat.

I read that the Clips DO own him, but would most likely negotiate a buy-out if he were to come back. One thing is certain: J-Will is trying to Championship Piggyback. If the Clips want him to play THERE, he'll go back to doing whatever it is that he does when he's not playing in the NBA... (I bet he hangs out with Karl Malone and fishes and smokes weed. Just my opinion)
2/20/2009 3:33 PM

chris said...
AK Dave - seeing the phrase "The Clips DO own him" had me thinking "Ouch, I thought indentured servitude was one of the few bad things Donald Sterling HADN'T tried yet!"
2/20/2009 3:36 PM

AnacondaHL said...
Bawful and chris: Maybe she was trying to avoid connotations with this Aimee and more towards this Aimée?
2/20/2009 3:37 PM

Anonymous said...
These are/were some of the names that were on my fantasy team.

Potentially out for season:
Manu Ginobli

Wild Yams said...
Man, TrueHoop has some pretty upsetting info about dealing with detached retinas. Let's hope if Amare is done for the season, it's only for this season. I have to say, this incident and reading all that makes me almost think it should be required that all players use eye protection. What a crappy way to potentially have your season go down the drain! Seems like eye injuries could be so easily prevented by just wearing goggles, I don't know why just about everyone doesn't wear them.
2/20/2009 4:49 PM

Anonymous said...
God, luck has never been on phoenix's side since, like, forever... Talk about almost team.

lordhenry said...
This kind of stuff is kinda why I laid off all my "Lord Mamba infects people with T-mac's syndrome" jokes cuz it started to hit a little close to home with Bynum going down.

Aw, what the hell, one more.

Lord Mamba looks with satisfaction at the Kobetron 5000, "At last, now even the mighty Jedi Knight Kevin Garnett has fallen to the debilitating effects of T-mac's syndrome!" The Sith Lord leans forward, "what's this?! Amare is injured?! Kobe looks at the assembled Sith Lords; "Which of you pulled this off?"
Lord Vega steps forward "None, my Lord, we suspect it is due to overexposure to the clippers and their black hole of suck. The pull of their gravity detached Amare's retina."
2/20/2009 6:02 PM

Clifton said...
Victor, earlier in the day: So who's going to start at PF now? That white guy?! I'd sure like to see some ultra small ball with a Nash/Barbosa backcourt and Hill/Richardson at the forwards.

While everyone knows I'm the biggest fan of That White Guy (Louuuuuuuuuu!), looks like Victor picks up the Prescient Prognosticator prize. Nash-Barbosa-Hill-JRich worked really well all game, especially with Shaq at the 5.

And an odd kudos to Gentry, who let the reserves stay out there for as long as he could possibly stomach it-- he knew once he put the A-squad back in, things would be fine, although the ball was so cold by the time he finally pried it from Dragic's hands, it took the good guys four or five minutes to thaw it out. Dragic can't complain that he hasn't gotten a fair shake now. He very nearly singlehandedly yakked up this game in the 3rd and early 4th quarters.

Dudley performed well, but I think any time he cranks up a shot from anywhere near the 3-point line, Shaq should put Dudley in a headlock, take that headband of his, stretch it out as far as it will go, and snap it back against Dud's forehead. Then Shaq should twitter to everyone in Twitteronia about it.
2/20/2009 11:17 PM

chris said...
aams - Well, in the ultimate "almost team" moment, they took the Celtics to triple overtime in '76...and still didn't come out on top!

Ry - Well, we didn't have any injuries in the Lakers-Hornets matchup, but Chris Paul fouled out after Mamba pushed him down and then tripped over him. Huh?
2/21/2009 1:39 AM

JCWIII said...
On the ESPN website quoting Amar'e and his goggles early in the season.
Stoudemire, though, didn't stay with the goggles long, ditching them after seven games because he felt they compromised his on-court comfort level.

"I was having problems with blurriness from sweat and getting a good fit," Stoudemire said at the time. "Enough was enough.

"The chance of another injury is there, but I'll be working off faith."

Karina Chiodo said...
So that's why he was gone for the rest of the season! I wasn't updated with basketball news at that time, but I've got to say, I'm sure it hurts big time - and not only for Amare, but for the team as a whole!
6/27/2011 12:48 PM
Post a Comment
<< Home
Subscribe
RSS Feed
Mailing List