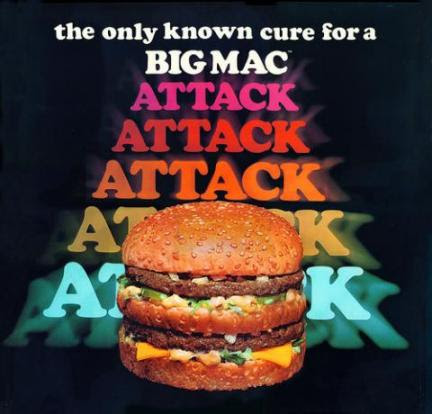 I don't know about you, but when I wake up, open the newspaper, and see a photo of a forlorn-looking Antoine Walker, it gets my hopes up. Like, maybe Antoine's retiring or David Stern has banned him from shooting three-pointers for life.

Sadly, that was not the case on this particular morning.

Late Sunday night/early Monday morning, two men were shot outside of the Rock 'n' Roll McDonalds in downtown Chicago. The men actually managed to drive themselves to a nearby hospital, but one of them died shortly after arriving and the other is listed in critical condition.

The NBA angle: Chicago Police are investigating whether the shootings resulted from a fight that may or may not have happened at the Excalibur Nightclub...where Employee #8 was holding his 32nd birthday party. I know, I know. I thought he was much older than that, too.

Anyway...wow. Last year Antoine suffered a home invasion and now this. Maybe he should, you know, stay away from Chicago. And Big Macs. (I'm just sayin'.)

Anonymous said...
I am still thrilled that the Celtics won- it would be a crime against humanity for Antoine Walker to retire with a ring and Paul Pierce not to have one.

Has a larger pile of poop ever disgraced the NBA hardwood?

In my days in Chicago my fondest Bulls memory was watching Andres Nocioni abuse Antoine Walker in the '07 playoffs...I think he was about to cry every time his team called a timeout to sub him and stop the bleeding... ah the memories!
8/19/2008 12:21 PM